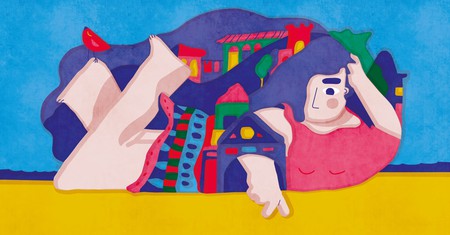 Bulgarian and the Cyrillic alphabet might seem a bit strange and perhaps even intimidating at first, but once you learn some phrases and maybe a few funny idioms, you’re likely to fall in love with it. Here are a few Bulgarian words that will melt your heart.

This untranslatable word comes from the city of Plovdiv and describes its inhabitants’ loose and carefree lifestyle. It means that a person doesn’t take anything too personally or seriously and is enjoying life in a non-rushed and easy manner. With the notorious summer heat in Plovdiv, practicing aylyak is very common at this time, and locals spend hours in the shade at cafés or idly ambling back and forth on the main pedestrian street.

This term literally means ‘To (your) health!’, and it will probably be among the first and most important words you learn once in Bulgaria. Learning to drink like a Bulgarian is no easy feat; there are rules, such as remembering not to raise your glass when it doesn’t contain alcohol (sober guests are excluded from toasts. Sorry!), to look people in the eyes when you say ‘Cheers!’, and not to dare decline when the host offers another glass of rakia, the local homemade brandy. Another fascinating fact is that nazdrave is also used to say ‘Bless you!’

Ambling is one of the most meaningless and meaningful activities at the same time. While aimlessly roaming the streets, you might come across a friend, help a stranger or simply clear your mind. The best part is leaving home with no specific intention and just putting everything in the hands of fate.

There are two main ways to say you have a girlfriend or a boyfriend in Bulgarian: gadge, which is a unisex term, or priyatel/priyatelka. However, they don’t mean exactly the same thing. A gadge is for a relationship that isn’t very serious and is often used by young people in school or when joking or keeping the conversation informal. Calling someone a priyatel, however, implies a deeper and more serious relationship.

The etymology of this Bulgarian word is truly fascinating. Unlike many other inventions that arrived in the country along with their foreign names, tights were described literally, and so this word translates to ‘socks-and-pants’.

In addition to referring to the type of bird, this word is also used to as a not-so-nice way to say someone is crazy. Bulgarians even have a verb derived from cuckoo that means ‘to go crazy’.

When you need a hug, you don’t really need words, but Bulgarians use the interjection ‘Goosh!’ It’s used similarly to how you might say ‘Wow!’ when you are amazed, or ‘Shh!’ when you want somebody to keep quiet. Simply say ‘Goosh!’ when you want to hug or be hugged.

Love is universal, but some of the sayings about the emotion are unique. To describe the type of love that is not considered fully mature, Bulgarians have a rhyme that roughly translates as: “Love, love, it’s like a boiled potato. But if you cut it, you see it’s raw”.

Most Bulgarian children are blessed (or cursed?) with a grandma who incessantly knits wool socks for them. Because wool socks are mostly considered outdated, they are rarely actually worn, though the love woven into them is always appreciated.

Partying is one of the things Bulgarians do best. They have so many official days off (national days, religious holidays, memorial days) and other occasions, such as birthdays and name days (the official day of the Orthodox Christian patrons that people are named for), so they are always ready to throw a party for no special occasion.