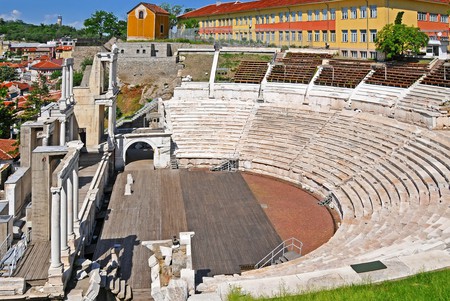 Plovdiv’s turbulent history started approximately 8,000 years ago when the first settlers chose one of its hills for their village. Greeks, Romans, Slavs, and Ottomans are among the people who have hammered its destiny afterwards. Read some of the most significant highlights from the city’s past to better understand its present.

Neolithic settlements have been discovered by archaeologists, proving the first people to stop by today’s territory of Plovdiv arrived here almost 8,000 years ago. Their mounds have preserved tools, everyday and religious objects showcasing their life.

Life on one of the three hills comprising today’s Old Town of Plovdiv hasn’t stopped since the first people created their prehistoric settlement here. The naturally fortified position of the hill was perfect and after the prehistoric settlers, Thracians and other people succeeded them.

342 BC – the city was conquered by Philip II of Macedon

Philip II of Macedon conquered Plovdiv on his way to the East and named it after himself – Philippopolis. Fortifications were built to protect the city.

72 BC – the city was conquered by the Romans

This is the year when the Thracians were defeated by the Romans for the first time. The Romans also changed the name of the city, calling it Trimontsium (meaning the City of Three Hills). Although the Thracians organized several uprisings in the subsequent years, gradually the area around Plovdiv was turned into a Roman province, Thrace. 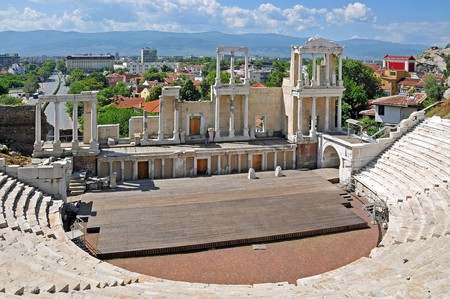 250 AD – Plovdiv was burnt down by Gothic tribes

When archaeologists uncover the past of the city, they find a thick layer of burnt debris which corresponds to the Gothic attacks of III century. According to ancient historians, more than 100,000 people were killed and the city was burnt to the ground.

812 – the city became part of Bulgaria for the first time

At this time, the Bulgarian state had already existed officially for more than a century. The Bulgarian Khan Krum was the first to conquer Plovdiv from the Byzantines and include it in the territory of medieval Bulgaria.

1083 – Bachkovo Monastery was founded near Plovdiv

Bachkovo Monastery is the second biggest and one of the most beautiful monasteries in Bulgaria. It was founded by a Byzantine general in 1083 and played an important role preserving Christianity for the next centuries.

Bulgarians spent five centuries under Ottoman rule with its name changed again to Filibe. The city was declared a personal possession of the sultan, many mosques were built along with baths, bazaar, and a new bridge over Marista River.

This is the period when numerous new schools, churches, and cultural institutes were created. Plovdiv, together with all Bulgarian territories, is revived and preparing for independence from the Ottoman Empire. This is when many of the beautiful old houses in the Old Town were built. 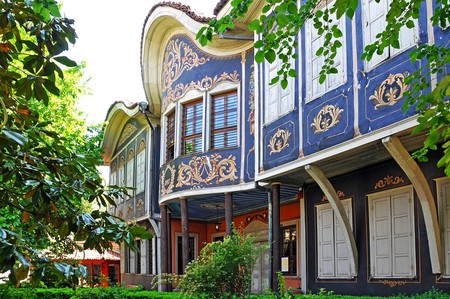 Bulgaria was liberated from the Ottoman rule after the Russo-Turkish War of 1878-79. After a series of treaties and political tweaks, Plovdiv remains out of the new Kingdom Bulgaria for seven years. In 1885, a group of revolutionaries announced Plovdiv and the area part of Bulgaria.

1944 was the year when the Communist party came into power in Bulgaria and started ruling the country according to the Soviet doctrine.

Bulgaria is considered a democratic country since the long-time dictator Todor Zhivkov was deprived of his role in 1989.

In 2019, Plovdiv along with the Italian town Matera, will be European Capital of Culture. The city will host hundreds of exhibitions, concerts, and art events becoming the focal point of European culture for a year.