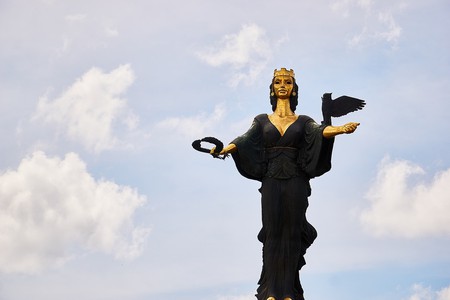 Sofia has more than 7,000 years of turbulent history. Here are a few highlights of the Bulgarian capital’s past to help you better understand the city today.

The first settlers in today’s territory of Sofia were prehistoric people who built their settlements attracted by the hot mineral springs in the area. One of these settlements was founded in what is nowadays Slatina District in Sofia, and a reconstructed house from it can be seen in the Sofia History Museum.

At the time, the Thracian tribe of Serdi inhabited the city, so the Romans called it Serdica. The city was developing fast and after 106 AD it was granted the right of autonomous rule.

The history of Sofia has always centered around the mineral springs. In the II century, the first Roman baths were constructed around the main hot spring. Today, hot mineral water is available for free for everyone to pour in the center of the city, behind the mosque. 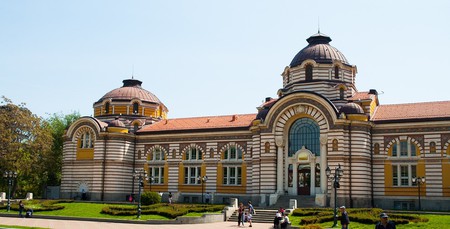 The Old Bath in Sofia | © Wepin/Pixabay

311 – the Edict of Toleration was issued in Serdica

330 – the Rotunda (the oldest church in Sofia) was built

The Rotunda, a round church situated today in the court of the President’s Office, is the oldest surviving church in Sofia. It was consecrated in 330 and hosted important religious meetings in IV century. 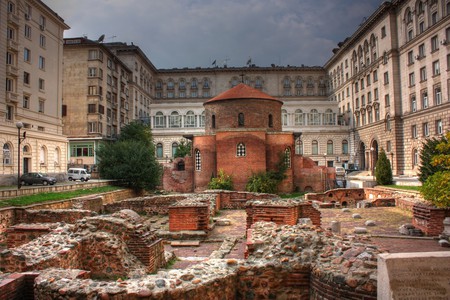 The Rotunda in Sofia | © Klearchos Kapoutsis/Flickr

Emperor Justinian’s rule was the last period of greatness for Serdica in Antiquity. The fortifications were strengthened and the Saint Sofia Church was built on a hill near the city. This church will later give the name of Sofia (people used to say “I’m going to the city by Saint Sofia”). Today, it is located in the city center and its underground level is turned into a museum where you can stroll in old-time catacombs.

809 – Sofia became part of Bulgaria for the first time

Bulgaria started existing as a country in 681, but it was not until 809 when the Bulgarian Khan Krum conquered Sofia from the Romans. The city was renamed Sredets, meaning a City in the Middle, in relation to its position in the middle of the Balkan Peninsula.

The name Sofia started to be used at the end of the XIV century and it was first mentioned officially in a document in Dubrovnik in 1376. However, it took two more centuries before it became common.

1382 – Sofia was conquered by the Ottoman Empire

1382 marked the beginning of five centuries of Ottoman rule of Bulgaria. A three-month siege was needed for the city to surrender.

1879 – Sofia became the capital of Bulgaria

Bulgaria was liberated from the Ottoman Empire after one of the Russo-Turkish Wars (1877-78), and a year later it was unanimously voted as the capital of the new country. The city started growing in a fast pace as it had to transform from a provincial town into an European capital. 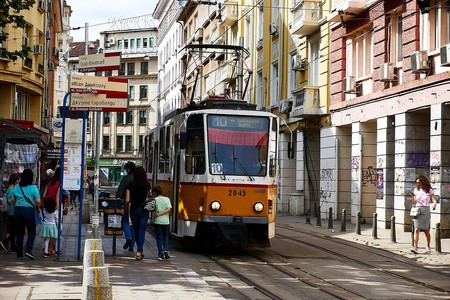 After the Communist party came into power, it started massive construction works. The center of Sofia was heavily bombed during WWII and many public buildings had to be erected again. The new buildings were imposing, the squares were spacious, the whole city was sprinkled with Communist monuments, some of which remain today.

November 10, 1989, marks the end of the Communist era. The 1990s were a difficult period for Sofia but after 2000, and especially after Bulgaria becoming a member state of the European Union in 2007, it has managed to turn into a modern-looking European city.