12 Culinary Delights You Must Try on Your Visit to Bulgaria 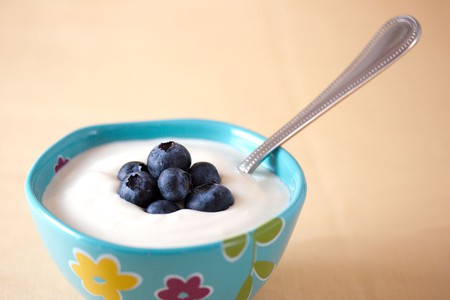 Yogurt and fruit I © veganbaking.net / WikiCommons

If you have traveled all over the Balkan Peninsula, you may have noticed that, more or less, all the countries share similar cuisine. You should expect meaty, often heavy dishes, bread with every meal and lots of fresh salads. There are some differences however, that will turn your trip into a culinary discovery; these are the delights you should try while you’re in Bulgaria.

This tomato and spices spread, somewhat similar to chutney, is beloved by every single Bulgarian as this is the food they’ve grown up with. The original recipe includes tomatoes, red peppers, and eggplants all stirred in a big pot. After a mix of spices is added, the spread is preserved in jars for the winter. Until recently, every family produced its own lyutenitsa. Today, more often people buy it from the supermarket. You should spread lyutenitsa on a slice of bread or eat it with kyufte (see below). 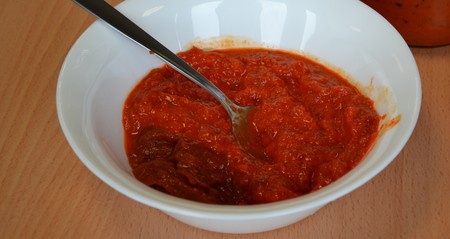 This salty pastry breakfast is so typical that you will find street stalls called banicharnitsa selling it basically everywhere. If you wake up early in the morning, it will be steaming and crispy from the oven. Usually, banitsa contains Bulgarian feta cheese, eggs and butter but you can find many other varieties too, including spinach, minced meat, cabbage, or pumpkin. 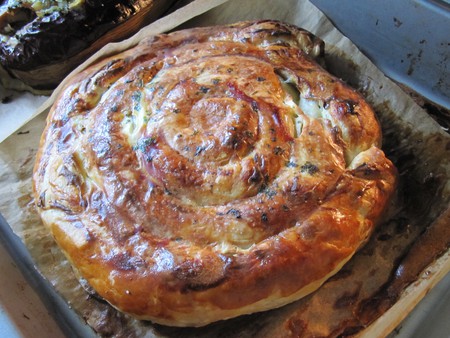 A traditional deep fried Bulgarian dish made of kneaded dough and served at breakfast. Mekitsa is usually served with powdered sugar or jam or sometimes even with both salty cheese and sweet marmalade. Feel free to experiment. 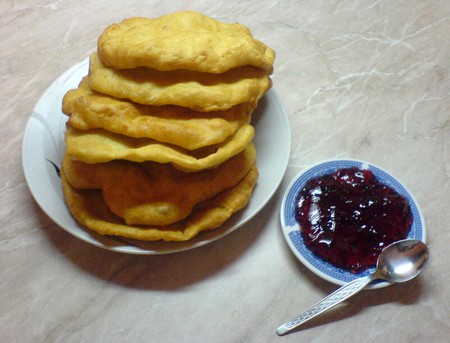 Mekitsa and jam I | © Biser Todorov/WikiCommons

Bulgarians have their specific types of cheese and they can’t live without them. Try the white feta cheese, which is crumbly and fresh, usually served in salads, banitsa, or as a side dish. The yellow cheese, kashkaval, is used as an ingredient in sandwiches or it’s grated on top of baked dishes. 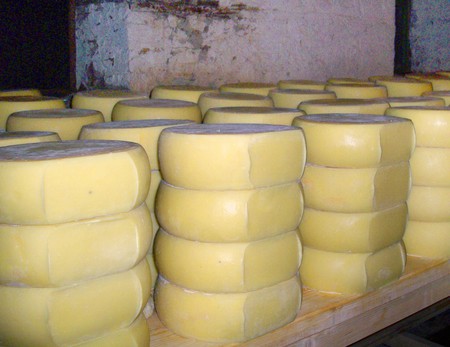 These grilled delights are made of minced meat, herbs, and spices and they’re part of the typical Bulgarian diet. They are most delicious if they are grilled on wood or coals. 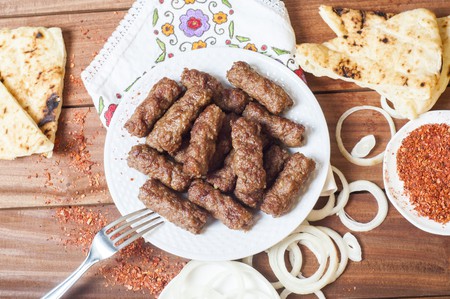 Even though the name doesn’t imply Bulgaria, the country has its own variety of Turkish delight. It’s sweet and chewy and you can eat it plain or you can find it inside cookies. 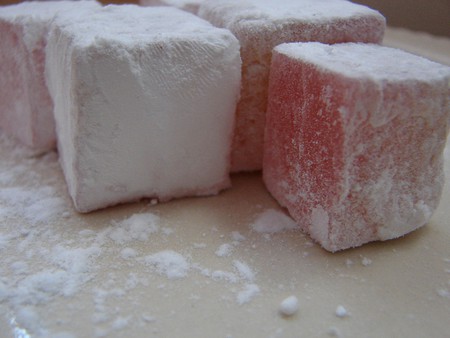 Another tradition that is fading away in Bulgaria is act of making kompot (a sort of fruit juice) as it is increasingly becoming industrially produced. You create kompot when you cook fruit and sugar in a large amount of water and put it in conserve jars. The most common kompot types include apricots, peaches, pears, sour cherries, and plums. It is usually served cold. 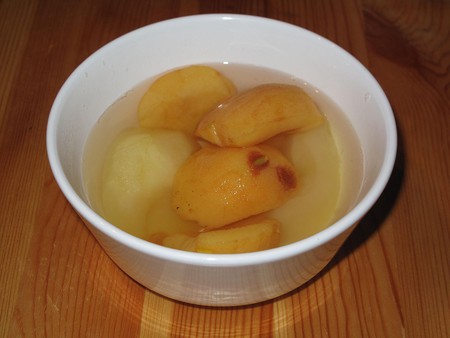 Boza – this is the most loved and the most hated Bulgarian drink ever. It’s a fermented drink from cereal flour, very thick and very low in alcohol. Its taste is quite peculiar, and to be honest, most foreigners hate it. Nevertheless, you should try it because it’s the best companion of banitsa in the morning and Bulgarians love it. 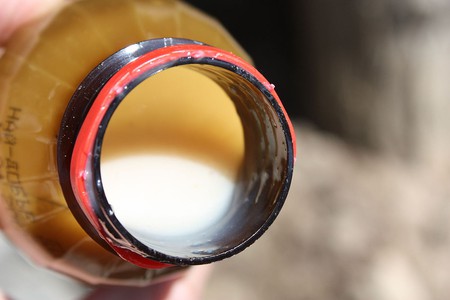 This is a must! Unlike the Greek moussaka (have we mentioned that Balkan countries share similar cuisine?), the Bulgarian version’s main contents are potatoes, onions, minced meat and carrots. It is sometimes covered with a mix of eggs and milk and then additionally baked in the oven. 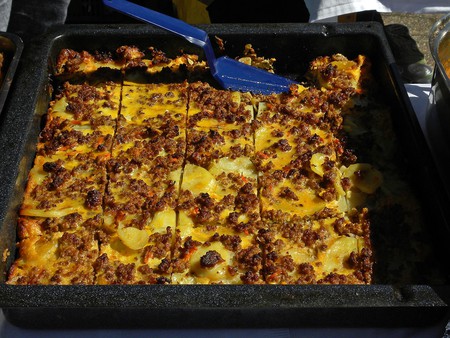 In the hot summer days, every Bulgarian can be found sipping cold tarator. This cold soup is made of yogurt, cucumbers, dill, walnuts and garlic – similar contents to the Greek tzatziki but Bulgarians add water and sometimes even drink it from a mug. Bulgarians eat a thicker version of the tarator, too, called mlechna salata, which is much closer to the Greek tzatziki. 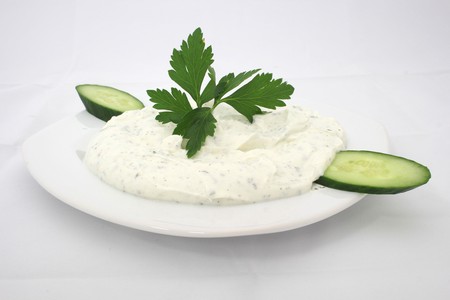 Yogurt with berries for dessert

You can find thick yogurt with jams or fresh berries in the dessert section on almost every restaurant menu in Bulgaria. It is a fresh end to the meal and the combination of the sour yogurt and sweet fruit is delicious. 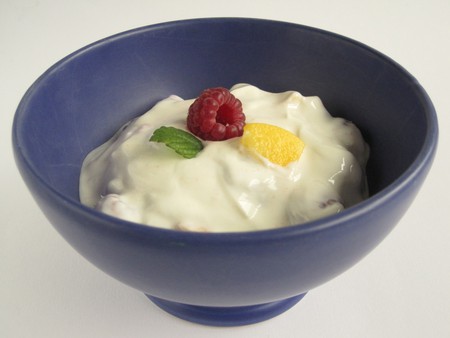 Yogurt and fruit I | © Schwäbin/WikiCommons

You know autumn is here when you feel the smell of baked pumpkin on the streets. Unlike many countries where pumpkin is a soup ingredient, in Bulgaria, they eat it sweet, sprinkled with walnuts and cinnamon. 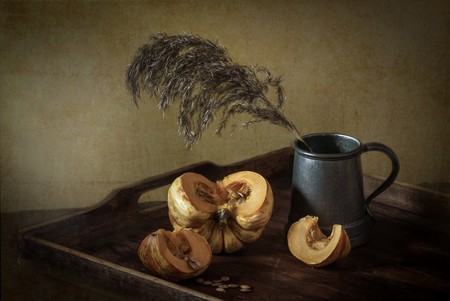 Pumpkin is served baked with walnuts, cinnamon, and honey I | © Pixabay
Give us feedback