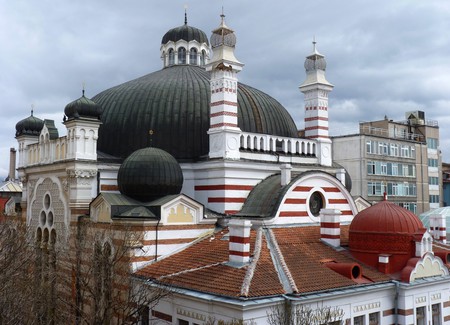 Sofia is the only place in Europe that has places of worship for four major religions so close together. Eastern Orthodox Christians, Roman Catholics, Muslims and Jews can all pray in their respective places of worship just across the street from one another. Here, Culture Trip explores what we can all learn from Bulgaria’s Square of Religious Tolerance.

1: Love makes a huge difference to those who need it

During World War II, Bulgaria was a Nazi Germany ally. But unlike many other countries who had also taken the same side, Bulgaria saved its entire Jewish population from deportation to concentration camps. It is estimated that more than 48,000 Bulgarian Jews were saved. This is, in part, down to the actions of one man, Dimitar Peshev, who halted the deportation once he learned about how it would affect his Jewish friend, Jakob Baruch. Open your heart, especially to those who are different.

2: Peace can be found in and among religions

The hustle and bustle of the boulevard instantly dissolves the second you step foot inside the Eastern Orthodox, St Nedelya Church. Our lives move so quickly and confusingly, it’s little wonder that we need sanctuaries for a brief respite. Expressions of faith can resonate within us in different ways, but we all have the same basic human need for peace. Religious differences aside, we all actually have a lot in common. 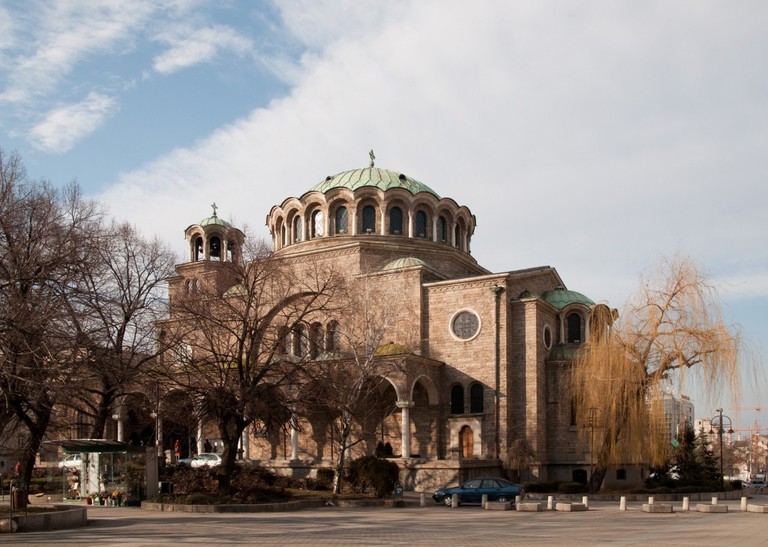 3: Life and love can be celebrated in more ways than one

St Nedelya is a favourite church for weddings in Sofia. On weekends during the summer, newlyweds stream out of the church almost hourly. On Friday and on Islamic holidays, the mosque is full of people practising their faith with diligence and humility. There is no conflict. No animosity. Just people living life and expressing love for what matters to them.

Be yourself and don’t prevent others from doing so 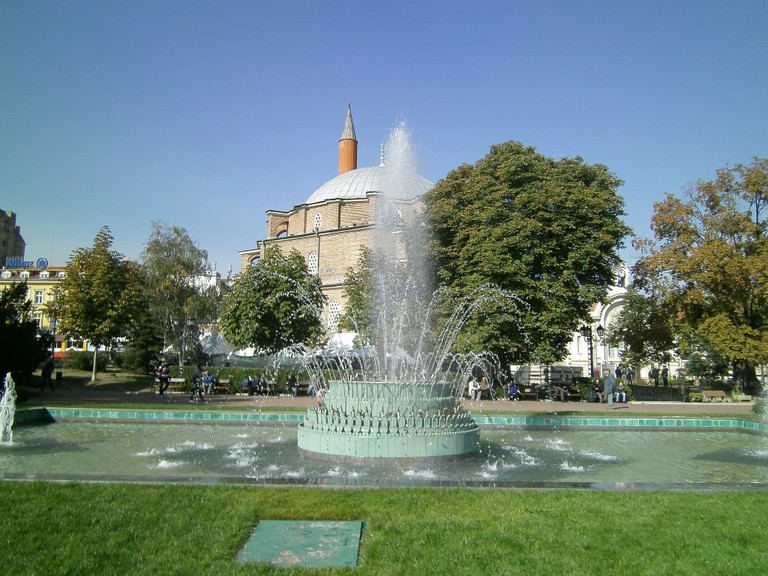 Banya Bashi Mosque in Sofia | © amanderson2/Flickr
Banya Bashi Mosque is the only active mosque in Sofia where Muslims gather for the Friday prayer. During major Muslim holidays the small area around the mosque gets very crowded, but you will nonetheless be welcome to join in. If you wish to participate, be respectful. Remember that no shoes are allowed inside and women must cover their heads with a scarf. Once your mind is open, you may come to realise that people often have a lot more in common than they think.

5: Reflecting on history can help prevent mistakes being repeated

April 16, 1925, is a dark date in Bulgarian history. A communist military organisation blew up part of St Nedelya Church with the intention of killing King Boris III. Fortunately for him, he was late for the church ceremony that day and survived, but sadly 193 others died. Every year special commemorative events are organised on this date to remind people that human lives have been lost because of conflicts of difference. Monism, whether it be religious or political, comes at a cost.

The Sofia Synagogue was built by Friedrich Grunanger, who also designed the Vienna Synagogue. However, the original in Vienna was destroyed during World War II and now the architect’s legacy is preserved in the centre of Sofia. The building is a stunning architectural landmark and is one of the main tourist sites in Sofia. Magnificent buildings like this deserve to be protected. 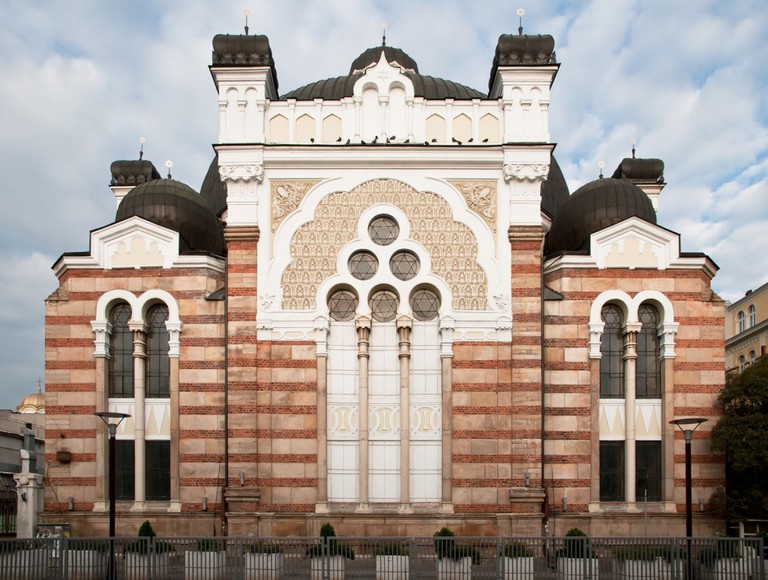 7: Sometimes you need a different perspective

If you don’t look up, you might miss one of the best parts of the Sofia Synagogue, the magnificent chandelier. Weighing in at 1.7 tonnes, it is the largest in Bulgaria. It hangs from the octagonal dome of the building. Open your eyes and pay attention, and you might find beauty in the most unexpected places.

Learn to see beyond the end of your nose 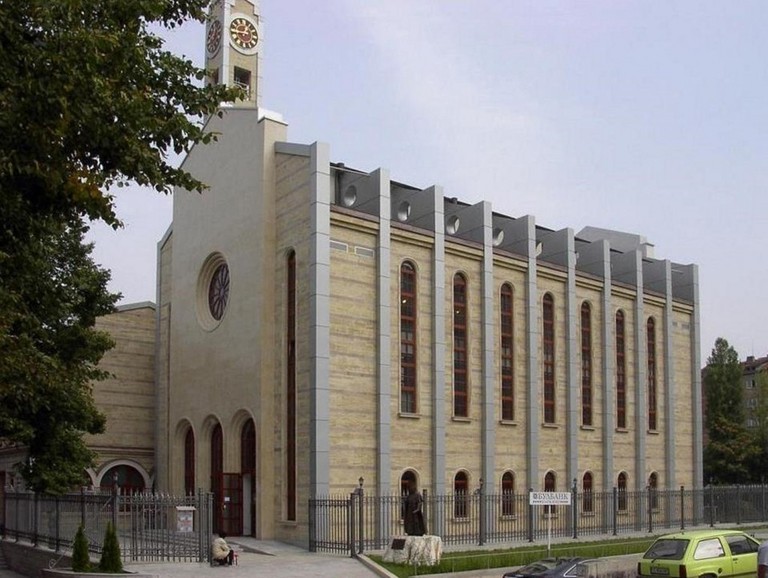 St Joseph Cathedral in Sofia | © MadMaster/WikiCommons
When the first wooden Catholic church was erected here back in 1880, there were no Bulgarian Catholics to attend it. The majority of people who came to pray here were foreigners (mainly Albanians and Croatians). However, this didn’t stop the further construction and enlargement of the church to what we now know as the Cathedral of St Joseph. If we want to welcome cultural influences from around the world, then we must learn to disagree peacefully. The only real enemy is closed mindedness.

9: Differences don’t matter if you are united

Bulgaria’s motto is ‘Unity Makes Strength’. The region was once a diaspora of tribes, each of which spoke a different language and prayed to a different god. Now, Bulgaria is an united country with a place on the world map and by far stronger than it was before. This shows that over time, co-existence is much stronger and resilient than conflict.

Although all four places of worship are situated close to one another there is very little animosity. Local people take tolerance for granted. But until we have a Square of Religious Tolerance in each city in the world, we must all make it our personal duty to find peace within ourselves and see the good in others.