10 Must-Try Ski Resorts You Had No Idea Existed

From the soaring heights of the Caucuses to the dusty plateaus of the Maloti Mountains, here is our list of the world’s top, unknown ski resorts – sure to get even the most dedicated fan of the Alps or Rocky Mountains pining for something a little different. 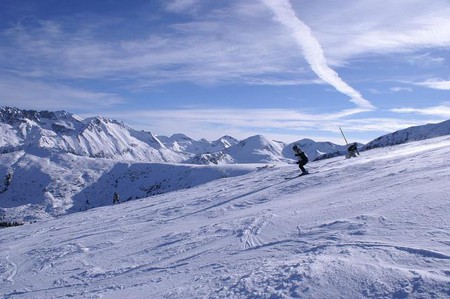 Located on the cusp of Bulgaria’s magnificent Pirin National Park, Bansko is fast becoming the poster boy for Eastern Europe’s burgeoning ski scene. Like many of the resorts in the region, recent decades have seen huge investments, and riders looking to hit the pistes here now enjoy the services of sparkling-new accommodation, along with a vibrant après scene. On the mountain, visitors can expect a good range of blue and red runs ranging to the top of the Todorka summit, with a smattering of more challenging black slopes edging their way closer to the base station at Banderishka Poliana.

Arguably the most unexpected of our selection of unexpected ski resorts hails in from the sultry climbs of Lesotho, in the deep south of Africa. Afriski has come on leaps and bounds since the turn of the millennium, with a whole range of ski outfitters, ski schools and après facilities popping up around the base of its various pistes. There have also been a number of investments in lifts and snowmaking, with the resort now touting a one-kilometer main slope, a handful of training greens with their very own drag lifts, and an all-new terrain park for the more daring rider.

When most people think about Eastern European skiing, Slovakia and Bulgaria usually spring to mind. But Poland also has its high mountains and it is here, between the looming spires of the Tatra National Park and the rolling foothills around the city of Kraków, that the resort of Białka Tatrzańska continues to draw big crowds. Expect a good range of blue slopes, a selection of easy greens for the beginners, along with some speedy reds and some nice cross-country connecting routes to boot. 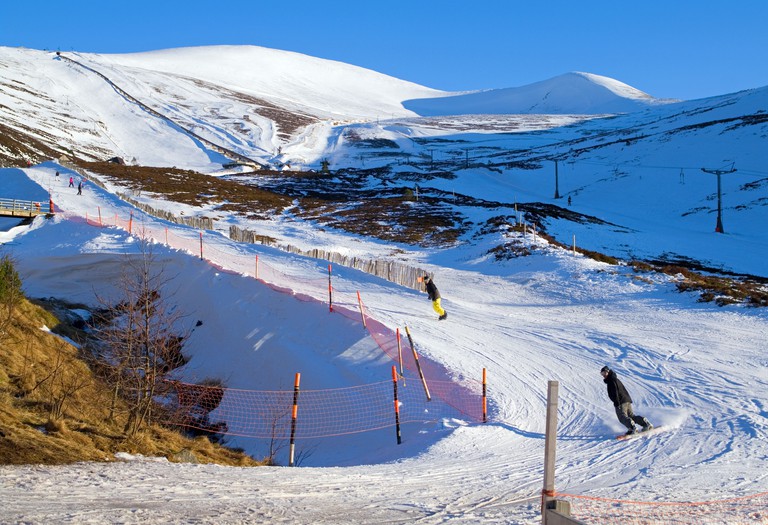 © Julie Fryer Images / Alamy Stock Photo
Forget what you’ve been told – skiing in the United Kingdom is definitely possible. Thanks to the Scottish Highlands and the rugged hills of the Cairngorms National Park, the CairnGorm Mountain Resort now offers up as much as 30 kilometers of marked piste to eager riders from mid-December onwards (weather permitting). The runs range from shallow, long greens with majestic views over the surrounding hills, to speedy reds that carve their way down from the steep ridges of the Cairn Gorm summit at 1,200 meters up.

Natural Feature, Ski Resort
Facebook
Email
Twitter
Pinterest
Copy link
Share
Away from the bustling cities of Fez and Marrakesh, or the sun-kissed swathes of the Moroccan Steppe, Oukaimeden hails in as one of the few places in North Africa where it’s possible to ride the pistes just like in Europe. It’s situated near the soaring summits of the Atlas’ highest peak, Jebel Toubkal, and touts five separate runs, a chairlift and a smattering of drag-lifts on the smaller slopes. There are also a number of earthy Berber food joints on-site, cooking up aromatic bowls of bubbling tagine for those looking to take a break from the snow.

Perched 2,000 meters up on the slopes of the Greater Caucasus Mountains, some 120 kilometres north of the Georgian capital at Tbilisi, the Gudauri resort is certainly one to watch. In the last couple of years alone it has grown to become one of the premier resorts in the entire Caucasus region, touting a range of modern Doppelmayr lifts, 22 separate runs, and an attractive base level of 1,900 meters. Further advancements are thought to be in store for the years ahead, with the 2014 season seeing the arrival of a new snow park and more hotels, bars and eateries flooding into the area in tow with the growing crowds.

Why not ditch the Alps for the heights of the Indian Himalaya this year, with a ski trip to the soaring tops of the Pir Panjals of Kashmir? Ski Gulmarg has established itself as one of the world’s leading centers for adventure skiing, offering a vertical descent of more than 2,000 meters. The runs themselves start on the ridges of Mount Apharwat at around 4000 meters, and throw up spectacular broadsides of the legendary Kashmir region and the peaks of the Indian Himalaya. The off-piste is also nothing short of legendary, and it is not often you get to round off a day on the slopes with a spicy curry in the company of local farmers.

Another unexpected contender from the Middle East is Iran’s Dizin resort, which has previously enjoyed a stint as the place for Scandinavian tourists looking to escape the Alpine boom, and seems once more to be slowly coming into the crosshairs of the global industry. The major draws include an altitude of up to 3,600 meters, and a lengthy, snow-sure season that has been known to run from early-December well into May the following year. Put simply, if you’re after fine powder and pristine pistes, this one could be the place.

It is no secret that Sicily and Mount Etna are usually the scene of summer holidays, with people flocking to Italy’s Mediterranean isle for unadulterated bouts of sun, sand and sea. However, this volcano is also home to one of the Continent’s most unexpected ski resorts, with six separate pistes starting at an altitude of 1,900 meters and ending closer to the steamy caldera at 2,600. Carve your way across nine kilometers of groomed piste by morning, and settle in for wine and pizza in the afternoon.

Skiers and snowboarders looking to escape the Alpine crowds this year would do well to remember the Mount Lebanon Range, which cuts its way right through the heart of the country, from the north-east to the south-west. In its midst, there are now a whole host of different ski fields, with the Cedars Resort enjoying one of the highest altitudes, at 2,000 meters. Recent improvements have seen the old drag lifts replaced with new chairs, while a planned gondola is expected to open higher sections of the mountain at a snow-sure 2,870 meters up.