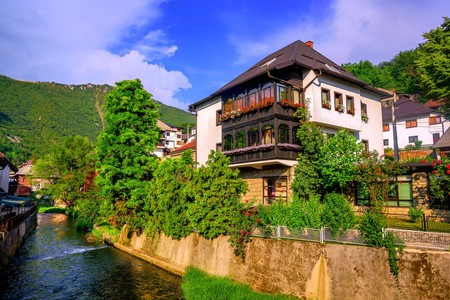 Former Ottoman capital (1697 to 1850) Travnik has many claims to fame, making it an intriguing place to visit. The small town with a population of 27,000 dates back to the Romans, is the birthplace of several famous Bosnians, and produces a particular type of sheep cheese. Bosnia’s oriental village has history, culture, and nature, easily making it a favourite destination in the Balkans.

Mountains surround Ottoman Travnik with Vlasic at 1963 metres (6,440 feet) to the north and Vilenica in the south. Travnik itself sits in the Lasva River Valley, which has been on trade routes since Roman times. Both skiing and hiking are favourite activities. Inside the town, you’ll find a Pre-Ottoman fortress (Travnik Castle), two 18th-century clock towers, and Bosnia’s only sundial dating back to 1886.

Lots of famous Bosnians, including Nobel Prize-winning author Ivo Andric, along with other prominent artists and scientists, call Travnik home. Vlasic Cheese, or sheep-based Travnik cheese, gets produced in the region. Combine everything and you have a diverse town steeped in history, culture, and nature. 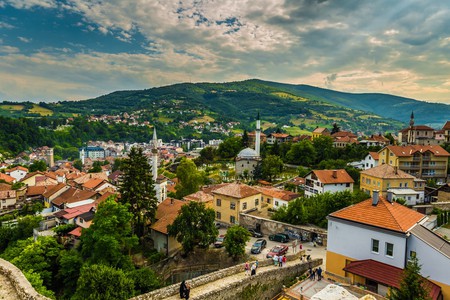 How to get to Travnik

Travnik is 90 kilometres (56 miles) northwest of Sarajevo. The journey takes approximately one and a half hours by bus. Day trips from Sarajevo to Travnik are possible but expect to leave early and return late. Always check timetables at Sarajevo’s bus station the day before because online times and prices aren’t always up-to-date. Joining a tour from Sarajevo is another option with Travnik as one of many stops in the region.

You’ll find lots of things to do in Travnik. Staying the night gives you the chance to appreciate everything. Consider visiting nearby Jayce, the 14th century capital of the pre-Islamic Bosnian Kingdom. Travnik makes a good stopover, too, en route to Banja Luka.

Travnik doesn’t have many accommodation options. You’ll find the town’s hotels clustered around the city centre and in the old town. Most hotels in Travnik range from $20 per night up to $40. Before you book, check its location carefully as quite a few line the main road and can be several kilometres from the town’s centre.

Things to do and places to see

The must-see Travnik attractions include strolling through the Ottoman old town, visiting Travnik Castle, and visiting one of the mosques. The 16th century Sulejmanija Mosque, or Coloured Mosque, has a painted façade with a small market beneath the main prayer hall. Check out Jeni Mosque, dating back to 1549, built before the town became the Seat of the Ottoman Viziers. The Ivo Andric Museum, dedicated to Nobel Prize-winning author, lies to the south of old town. 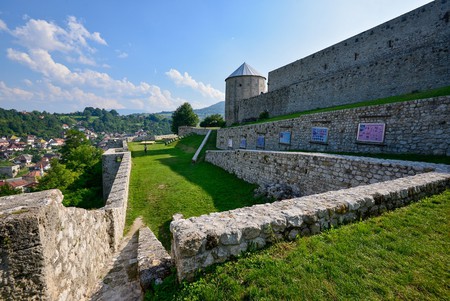 The Oriental Village makes an excellent hub for regional day trips to a Franciscan Monastery, small villages or into the mountains for hiking. Vast numbers of Bosnian tourists head to nearby Vlasic to go skiing in the winter.

Guca Gora, a small monastery 8 kilometres (5 miles) to the east, sits in a hilltop valley. The Catholic monastery was established in 1859, less than a decade after the Travnik lost its title as capital. It still functions today. Another favourite excursion is to Galica near the Devecani Highland Area. The village has excellent views of surrounding mountains and valleys with hiking trails along the ridge. If you’re visiting Bosnia in the winter and like outdoor sports, head to Vlasic. Paljenik, the tallest peak at 1,943 metres (6,375 feet), has a reputation for skiing, snowboarding, and snowshoeing. 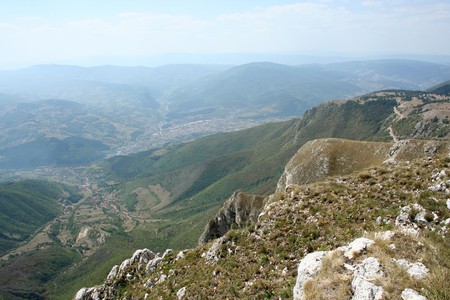