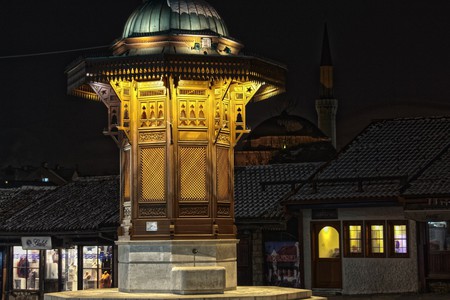 Are you looking for a Bosnian experience combining travel with a butter understanding of the history of this Yugoslavian nation? Bosnia has everything from Roman ruins to Ottoman bazaars and everything in between, including Neolithic settlements, potential pyramids and a whole host of forgotten Yugoslav monuments. Here’s everything a history buff needs to know before travelling to Bosnia.

The Best Places for Pre-Ottoman History:

Few realise that before the Ottomans, the nation was Catholic. A Bosnian Kingdom, active between the 12th- and 14th-centuries, ruled over large areas of Bosnia, Herzegovina, and modern-day Croatia’s Dalmatian coastline. At its peak, the Kingdom was the Western Balkan’s most powerful state.

The best Bosnian Kingdom attractions include fortresses and castles at Zenica’s Vranduk, Maglaj and Tesanj. You can also visit Visoko’s Cajengrad, which was the centre of the Bosnian church situated on a major trade route. Jajce, the former Royal Residence and final burial place of King Stjepan Tomasevic, is worth visiting too. 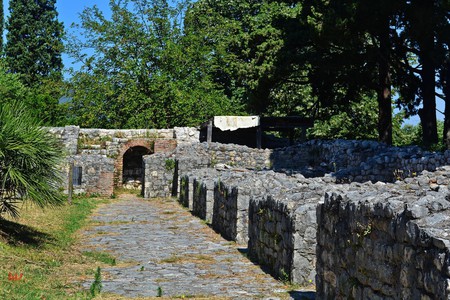 Where are the Best Ottoman Areas?

Bosnia’s history changed forever in the 15th century with the Ottomans who introduced Islam to the Balkans. Both Bosnians and Albanians accepted the new religion over Christianity. Others rebelled and preserved their Catholic or Orthodox traditions, such as Croatia and Serbia respectively.

Between 1463 and 1878, the Ottomans enjoyed centuries of prosperity. Sarajevo’s Bascarsija and Mostar’s Kujundziluk, or Old Bazaars, formed the town centres creating a labyrinth of alleys and streets. Many still look the same today as they did all those years ago.

Mosques with early Ottoman styles of architecture, such as the 16th-century Gazi-Husrevbey Mosque in Sarajevo and Ferhat Pasha Mosque in Banja Luka, are prime examples.

One of the most significant legacies are the stone bridges. Architecturally, many were built in either the 15th- or 16th- centuries and consist of multiple arches and towering pillars. Stari Most, Mostar’s most famous attraction and commissioned by Suleiman the Magnificent, is the best and most popular example. Others include Visegrad’s 11-arch Mehmed Pasa Sokolivic and Konjic’s six-arch Old Stone Bridge.

Reminders exist in towns and cities across Bosnia and Herzegovina today. Stand in Sarajevo and look around. You’ll see small clusters of houses in the hills with minarets poking up slightly higher than the rest. Or just wander through the old bazaars of smaller Bosnian towns.

A Guide to Bosnia’s Austro-Hungarian Legacy:

As the Ottoman Empire weakened toward the end of the 19th century and after a series of wars, the Austro-Hungarians finally took control (1878-1918). Bosnia transformed in a few decades. One Sarajevian said, ‘The Austrians did more for Bosnia in 50 years than the Ottomans in 400’.

And when you’re in Sarajevo, this becomes clear.

The Austro-Hungarians developed Central Sarajevo. Ostentatious facades replaced crumbling Ottoman buildings, and construction of Vijecnica, or City Hall, began. Green spaces and pedestrian areas, such as Wilson’s Promenade, appeared. The Austrians also built the Cathedral of Sacred Heart, Sarajevo’s Brewery and the National Museum and introduced the first tram line to the city.

And, most importantly, Austro-Hungary’s Archduke Franz Ferdinand’s assassination sparked the series of events that led to WW1. A plaque commemorates the exact spot Gavrilo Princip fired that fateful shot near Latin Bridge.

Bosnia’s history, society and life as they knew it radically changed again after WW1. 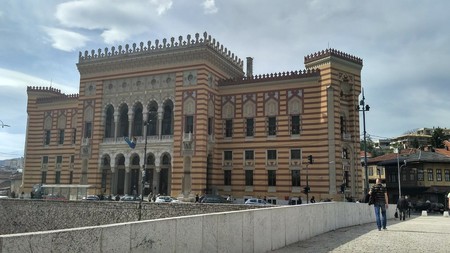 From a historical point of view, socialism influenced post-WW2 Bosnia the most. Walk through any neighbourhood, and you’ll see the vast, concrete apartment blocks in various stages of dilapidation dominating the skyline. As ugly and monotonous as they appear, the tenement blocks represent a large part of the Bosnia’s modern history.

Another legacy of Yugoslavia is the number of socialist monuments. Approximately 20 remain, including those commemorating decisive battles in the fight against Fascism.

Tensions boiled as Bosniaks (Muslims), Croats (Catholics) and Serbs (Orthodox Christians) — each with their own identity, religion and traditions — lived together. After former Yugoslav leader Tito’s death, tensions began to rise, culminating in a series of wars. All the former nations, apart from Macedonia, were involved with Bosnia suffering the most.

Today, you can see apartment blocks covered in bullet holes in Sarajevo and Mostar. Sarajevo Roses, shell damage with a red dye, mark the location where at least one person died during the Siege of Sarajevo. War stories, such as Bosnia’s Romeo and Juliet, are heart-breaking. Even Stari Most in Mostar, the most iconic attraction in the country, didn’t escape unharmed.

The memory of the tragic recent past is kept alive today and is visible all around if you open your eyes. 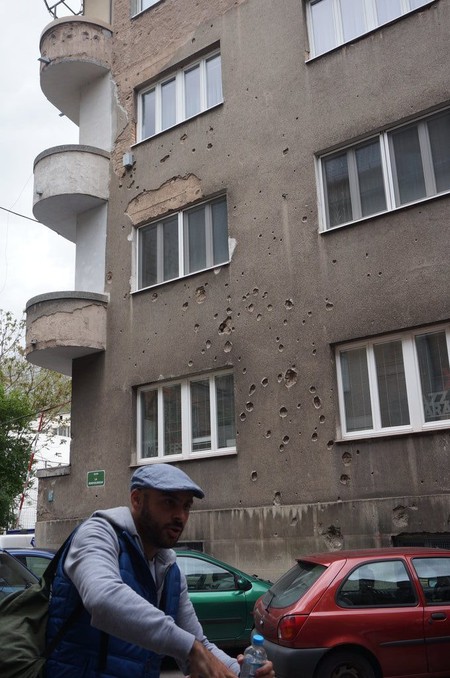 Bosnia’s history is rich and complex with multiple layers and tangles that seem almost impossible to unwind and comprehend. But, if you take the time, you’ll see a blend of Roman, Medieval, Ottoman, Austro-Hungarian, Socialist and contemporary styles mixed and blended in a way unlike most places around the globe.