The Top Things to Do and See in Jajce, Bosnia & Herzegovina

Jajce is a small city in Bosnia & Herzegovina, central not only geographically but also culturally. Throughout Bosnia’s long history, Jajce has been the home of medieval kings, Ottoman governors, and a range of different ethnic groups, as well as being one of President Tito’s earliest Communist strongholds. Jajce has been so far undiscovered by tourists, although UNESCO has recently been investing in renovating the city’s historical areas. Check out our guide for the best things to do and see when in Jajce.

One of Jajce’s most unique features is this waterfall which is unusually situated right in the centre of the town. The falls are more than 20 meters high, and are at the point where two rivers meet and converge. The water is almost perfectly clear, and is a glittering bright turquoise color. There are a number of excellent viewing points, the best one being the official viewing platform where visitors are close enough to feel the spray of the water. The falls are currently at their highest recorded point, after an earthquake in the 1990s caused the area to flood and consequently increased the size of the waterfalls. Thanks to their central location, the Pliva waterfalls are a difficult attraction to miss when in Jajce. 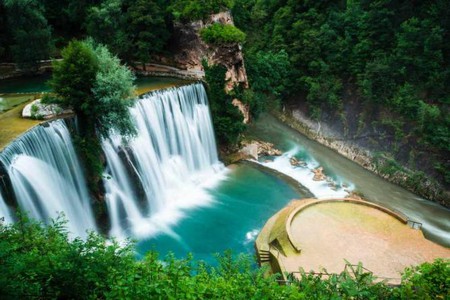 Jajce was once the seat of some of Bosnia’s medieval kings, and the remains of their castle are still in a good condition today. Jajce fortress was first built around the mid-14th century, although over the years many alterations and additions have been made. The central castle is located on top of a hill overlooking the city, and within the town there a various parts of old fortified wall as well as gates. One of the most interesting features to look out for is the crest of one of the medieval ruling families, which can be seen in its near-perfect condition at the entrance to the castle. Thanks to this historic legacy, Jajce is currently a candidate for being named as a UNESCO World Heritage Site. 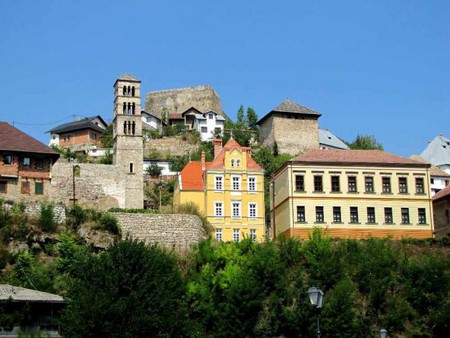 Part of medieval Jajce’s early development included the construction of an underground church and catacombs. The catacombs were commissioned by a 14th century king, who wanted a resting place for himself and his family. They are small, but set across two levels, and are still in excellent condition today. Many original stone carvings can still be made out by visitors, and guided tours are available. The catacombs have an eerie and mysterious atmosphere, so are not recommended for the faint-hearted; but an underground visit is a great way to understand Jajce’s history and explore its medieval legacy. 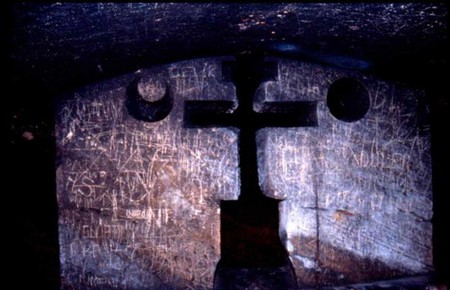 A short drive away from Jajce itself are the Pliva Lakes, an area of stunning natural beauty. The lakes offer plenty of opportunities for outdoor activities, such as kayaking, fishing, and swimming. In fact, the lakes are such a perfect location for water-based activities that they have hosted international kayaking and canoeing competitions, and are popular for training purposes. The lakes are surrounded by lush green hills, which are also perfect for hiking. Near to the lakes are some old watermills, which were built in the Middle Ages and were key to local industry. A visit to the lakes is a great family activity, or is ideal simply for those looking for a relaxing day by the water. 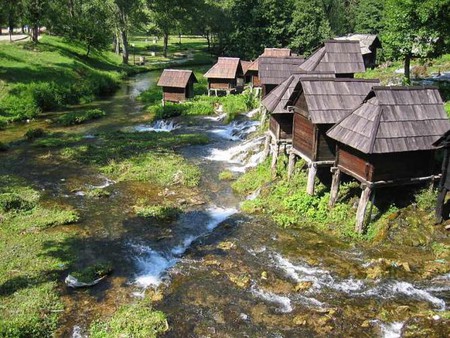 Stroll around the Old Town

Although Jajce is technically a city, it is not a big place and has a population of just a little more than 30,000. The town is quite small, and is a manageable enough size to wander around and appreciate the historic sites. The Old Town area is the most historic, with plenty of medieval buildings, as well as some exemplary Ottoman architecture. Religious buildings to spot include St Mary’s Church, built in the 12th century and the location of the coronations of medieval kings, and the Mithraic Temple, an ancient construction dating from the 4th century that is now protected by UNESCO.

The Anti-Fascist Council for the National Liberation of Yugoslavia, or more conveniently known as AVNOJ, was the Communist council that organized a resistance movement against the fascist forces that occupied Bosnia & Herzegovina during the Second World War. The second time they met was in this building in Jajce, and was where Tito, later the leader of Yugoslavia, essentially formed his first communist government of Yugoslavia. The council building is now a museum dedicated to this significant event, with a reconstruction of the council chamber and a number of items from the period, such as portraits of Stalin and Yugoslavian flags. Another excellent opportunity to learn about the rich and extensive history of Jajce. 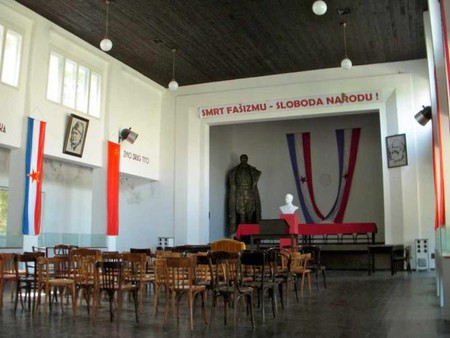