The Most Beautiful Buildings in Banja Luka, Bosnia and Herzegovina 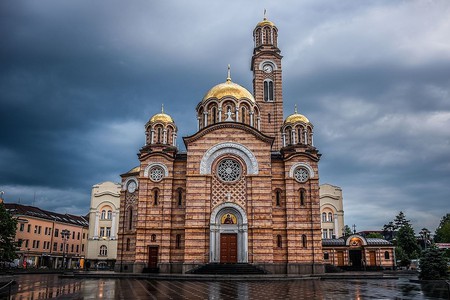 The Church of Christ the Savior in Banja Luka | © Dragana Foto

Banja Luka, the main city in the Republika Srpska, feels very different to Sarajevo and Mostar. Original Ottoman buildings were lost to time and rebuilt into a modern European-style by the Austro-Hungarians in the late 19th century. Strolling through the leafy suburbs of the central pedestrian zone, VeselinMaslesa Street, you’ll get a sense you’ve long left Bosnia.

Cathedral, Church, Historical Landmark
Facebook
Email
Twitter
Pinterest
Copy link
Share
Map View
The large Byzantine-style structure with golden brown and pink bricks from Mesopotamian dominates central Banja Luka. Designed by Serb architect Dusan Zivanovic, the orthodox cathedral opened its doors in 1929 becoming the first significant large-scale project in Bosnia after WW1. The large gold-plated central dome glistens under the summer sunshine as residents sit around the grounds chitchatting or waiting for friends. Frescoes and icons of various Orthodox saints decorate the interior space. However, the beautiful Cathedral you see today surrounded by perfectly manicured lawns had a difficult life. Nazis first bombed the structure in 1941, and, rather than repairing it, the Croatian Ustashe ripped it down. Later it was rebuilt.
Open In Google Maps
3 Trg srpskih vladara, Banja Luka, 78000, Bosnia And Herzegovina
+38751233370
Visit Website
Give us feedback 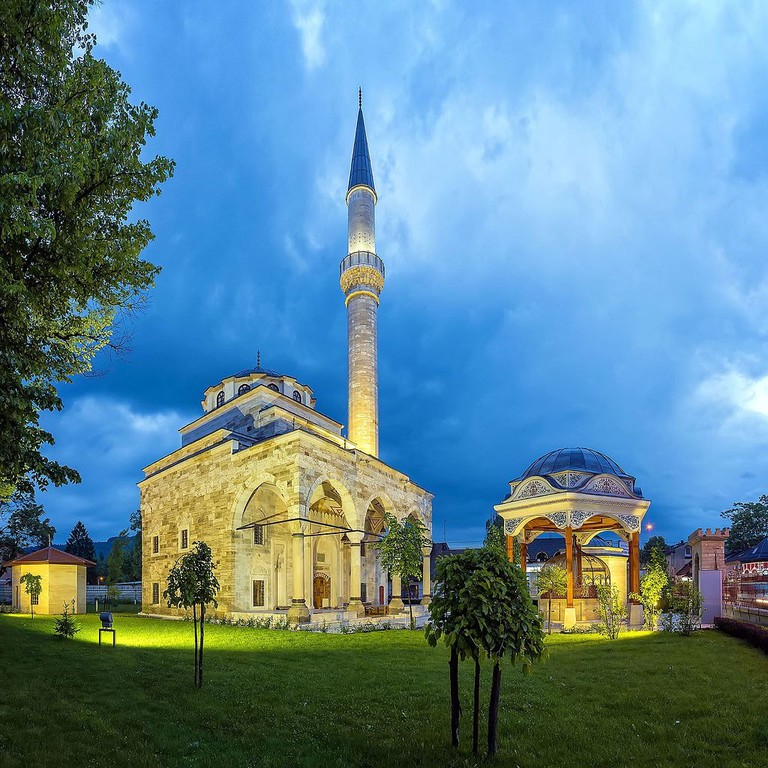 Ferhat-Pašina mosque in Banja Luka | © Samirzahirovic
The Ferhat Pasha Mosque is one of very few remaining Ottoman legacies in Banja Luka. Commissioned by Ferhat Pasha, the 16th-century Ottoman Governor, the old mosque displays distinctive early Islamic architecture. The central minaret on this 450-year-old mosque soars 42 metres (138 feet) into the air. During the Bosnian War, the Serb dominated Republika Srpska ordered the destruction of the mosque to remove all traces of Islam from the region. After the conclusion of the conflict, and the country began to return to normality, reconstruction started. Ferhat Pasha reopened its doors again 16 years later in 2016.
Open In Google Maps
Kralja Petra I Karađorđevića, Banja Luka, 78000, Bosnia And Herzegovina
+38751211840
Give us feedback

Building, Cathedral, Historical Landmark
Facebook
Email
Twitter
Pinterest
Copy link
Share
Map View
Governor’s Palace in Central Banja Luka was originally the residence of the Ban, or Governor, of Vrbas Banovina in the brief Kingdom of Yugoslavia (1918-1941). The large white Renaissance façade with a few medieval elements thrown in sits opposite Christ the Saviour Cathedral. The history of Governor’s Palace is tumultuous. A military and political centre established itself inside after the end of WW2. It later became the House of Culture in 1955. Ownership changed hands again during the Bosnian War when the newly proclaimed President of Republika Srpska used the building as his official seat. Today, Banski Dvor is symbolic of Banja Luka.
Open In Google Maps
2 Trg srpskih vladara, Banja Luka, 78000, Bosnia And Herzegovina
+38751305336
Visit Website
Give us feedback 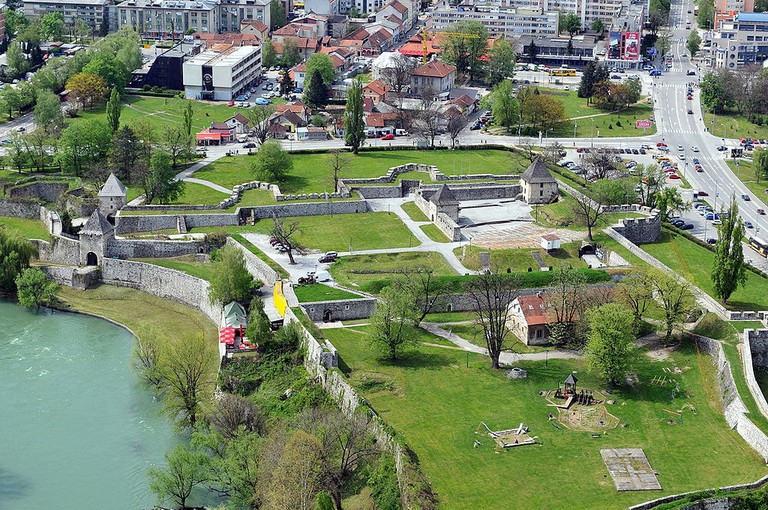 Kastel Fortress Banja Luka | © Darko Gavric
This fortress on the banks of the Vrbas River near Ferhat Pasha Mosque is Banja Luka’s oldest structure. Believed to have Roman origins and built on the ruins of a potential Neolithic settlement, Kastel Fortress is likely to be the oldest surviving building in Bosnia and Herzegovina. Thick stone walls protected the medieval town, and military personnel inside defended against hostilities. Ottoman reconstruction reinforced the castle, and it became strategically important in the endless confrontations with Austria. A total of nine bastions and two towers remain. Lawns surround the exterior walls, and a more modern children’s dinosaur park fill the interior courtyard.
Open In Google Maps
Banja Luka, 78000, Bosnia And Herzegovina
Give us feedback 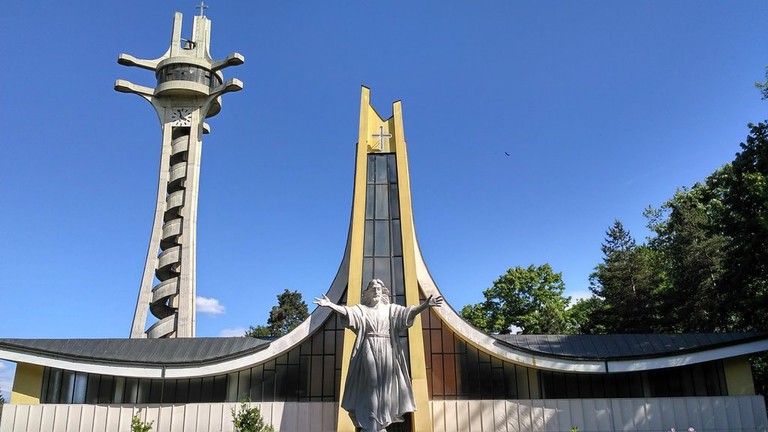 Cathedral of Saint Bonaventure | © Sam Bedford
Often called the Bishop’s Church, this building resembles more of a TV tower in a science fiction setting than a place of worship. The unusual modern design, by Alfred Pichler, has a central tower formed by the curved roof. A spiral staircase leads up to the five bells at the top of the 42-metres(138-foot) bell tower. Because of this bizarre appearance, you can understand why it’s one of the most photographed sites in the city. An original catholic church with Gothic features stood on this spot until the 1969 earthquake toppled it to the ground. The current building opened its doors in 1973, and, after suffering damage in the war, reopened again in 2001.
Open In Google Maps
80 Kralja Petra I Karađorđevića, Banja Luka, 78000, Bosnia And Herzegovina
+38751305984
Visit Website
Give us feedback

Although not a singular entity, VeselinMaslesa, formerly GospodskaStreet, deserves mentioning. Colourful European-style buildings with lavish neo-renaissance façades line Banja Luka’s main pedestrian street. Decorations and carvings cover the windows and doors of the shops and cafes below. Take a stroll and marvel at some of the older, more elegant Austrian styles in Banja Luka.