The Coolest Neighbourhoods in Sarajevo, Bosnia 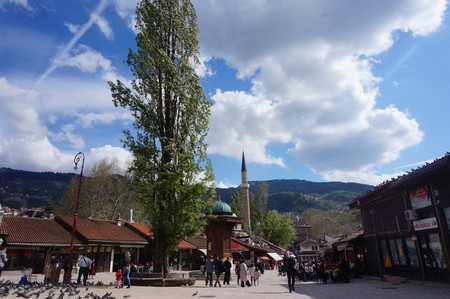 Sarajevo mixes Ottoman and modern skyscrapers, elegant Austro-Hungarian buildings with drab socialist blocks. Each of the city’s neighbourhoods have their own characteristics, attractions and stories to tell. Here are the most interesting to check out on your trip to Sarajevo.

Modern Sarajevo’s story dates back six centuries. The Ottomans created a central commercial zone, Bascarsija, in the same way as they did many other Bosnian old towns. Residential hamlets grew up in the surrounding hills with their own mosques and bakeries. The Austro-Hungarians, and later Yugoslavia, extended these, forming modern-day Sarajevo.

Walking west through the neighbourhoods is like travelling through time, from Ottoman Bascarsija to the more central Austro-Hungarian and socialist districts. 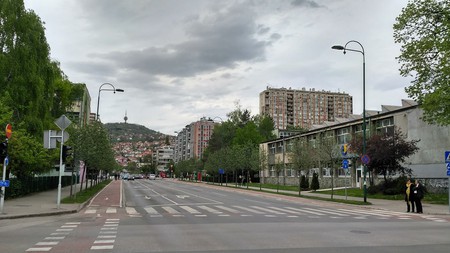 One of the Neighbourhood Streets in Sarajevo | © Sam Bedford

The most famous neighbourhood is Bascarsija, Sarajevo’s old town. During the Ottoman era (15th-late 19th century), Bascarsija was Sarajevo’s centre of trade and commerce. Each of the branching cobblestoned streets had their own crafts.

In 1462, Isa-Beg Isakovic commissioned the Old Bazaar on the River Miljacka’s northern side. From this point, Bascarsija boomed. Gazi Husrev-beg built his mosque in 1530, as well as Hans and caravanserais for roaming traders.

The Golden Age came in the 17th-century, as the neighbourhood covered more than double its current size. Over 1000 shops with 80 different crafts filled the streets, until a fire destroyed most in the 19th century when Bosnia was part of Austria-Hungary. It wasn’t rebuilt.

Today, Bascarsija has souvenir shops, bars and restaurants filled with locals and tourists, instead of the artisans and traders of the past. You’ll find lots of hotels and hostels within easy walk of each other in the heart of Sarajevo. 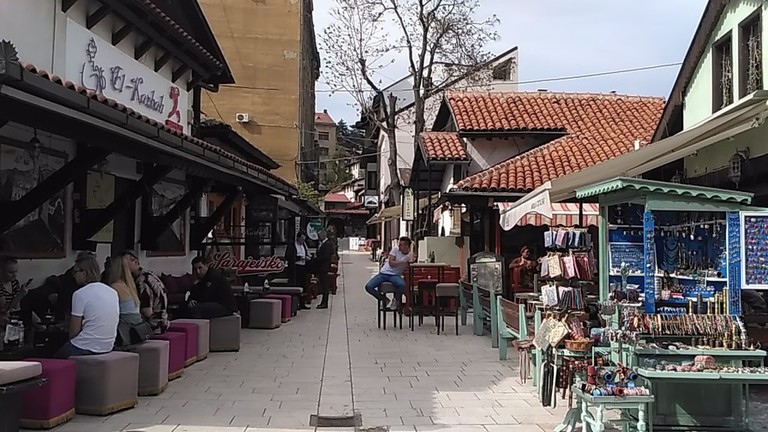 A few decades before Bascarsija, a small settlement existed on the southern side of River Miljacka, served by the Emperor’s Mosque. Bistrik dates back to the middle of the 15th century, making it one of Sarajevo’s oldest neighbourhoods, which starts at Latin Bridge and rises up the hill.

As a tourist, you may not appreciate the historical significance without a guide. The Sarajevo Brewery and the red and white Saint Anthony’s Church and Monastery are popular places to visit. The Brewery has a museum, fresh beer and played an essential role in survival during the Siege of Sarajevo (April 1992–February 1996). 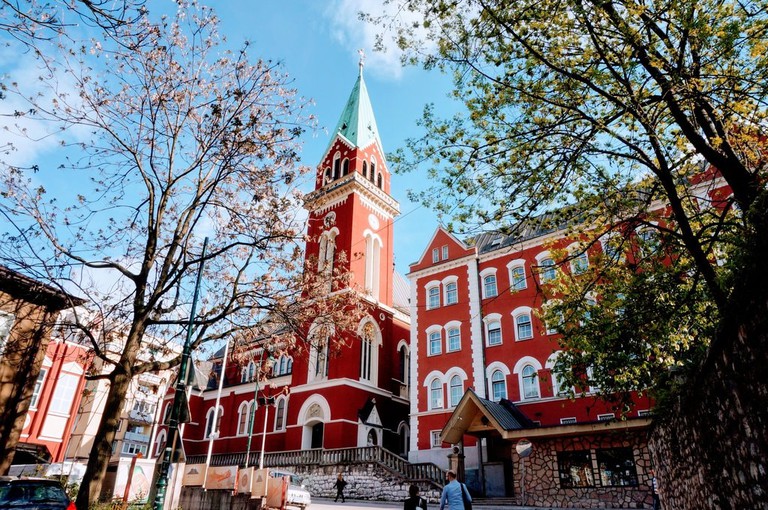 Marijin Dvor, the correct name for Central Sarajevo, has a fascinating and romantic history. In the 19th century, the Austro-Hungarians controlled Sarajevo. Wealthy Austrian August Braun commissioned the neighbourhood, two kilometres (1.25 miles) west of Bascarsija, and decided to build a palace for the love of his life, his wife Maria. Karal Parzik, the Czech architect who planned many buildings in Sarajevo, also designed Maria’s Palace. The neighbourhood is named after Maria.

Yugoslavia extended Marijin Dvor and it became Sarajevo’s commercial and administrative centre. Endless Austro-Hungarian buildings line the streets, along with the Holiday Inn, modern skyscrapers and malls. The National Museum of Bosnia and Herzegovina and infamous Sniper’s Alley are here too.

A few minutes to the north of Marijin Dvor is Gorica. This small neighbourhood is one of Sarajevo’s coolest neighbourhoods because of the Avaz Twist Tower. Being the Balkans’ tallest tower at 176 metres (577 feet) high, the twisting building is a major attraction. The 35th-floor café is the biggest drawcard, with cheap Bosnian coffee and beer (less than $2) and a birds-eye view. 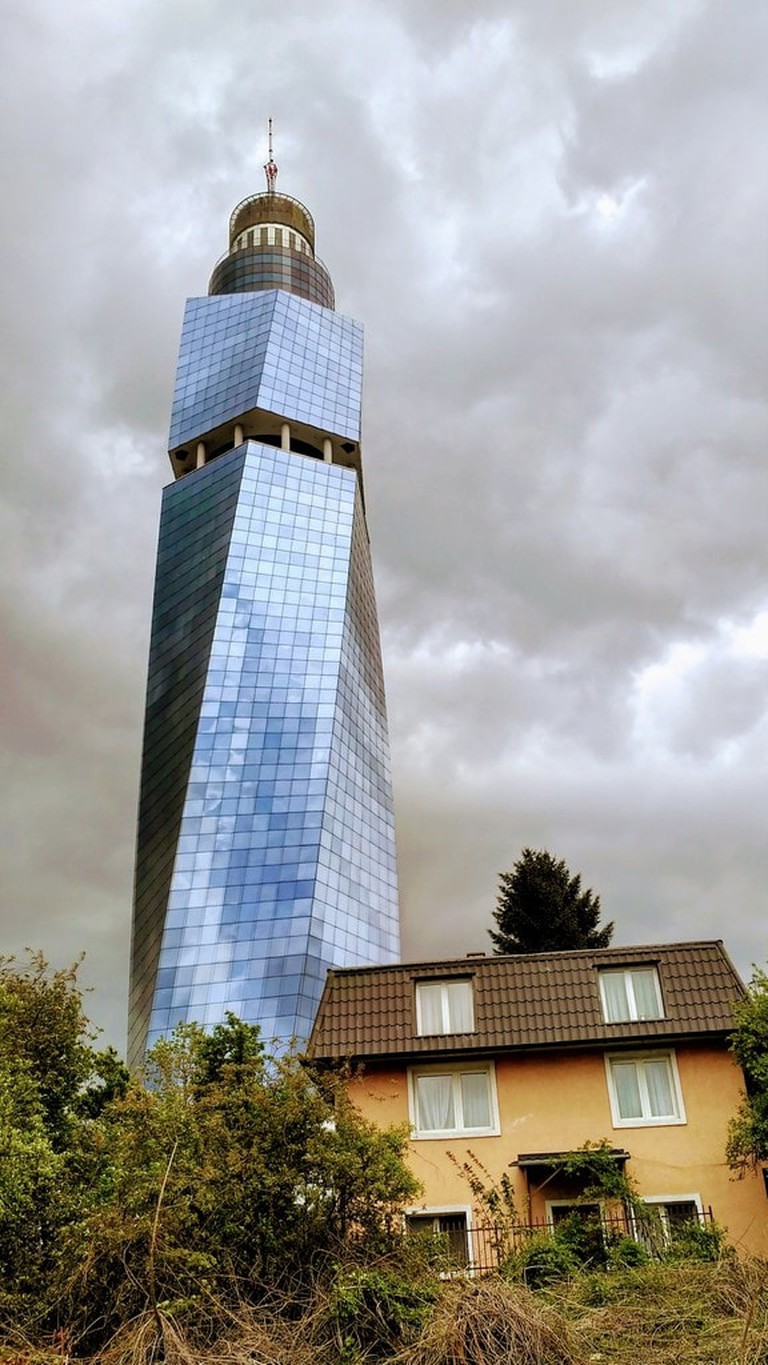 Ciglane, north of Marijin Dvor, has grey Yugoslavian-era apartment blocks. It looks uninviting, but this socialist neighbourhood plays an integral part in Sarajevo’s modern history. Many of the city’s residents still live in these almost dilapidated apartment blocks that give a glimpse into life under socialism. Between the concrete lies Ciglane Market, which is Sarajevo’s best flea market. You can buy Yugoslavian trinkets and memorabilia that makes a unique Bosnian souvenir.

If you stand in Sarajevo and look around, you’ll see houses rising from the surrounding hills. Orange roofs contrast with blue sky and green hills, with a minaret popping up every now and again. These are Sarajevo’s oldest residential areas. People have long lived in small hillside neighbourhoods, only coming down to Bascarsija to trade. Most such neighbourhoods have a mosque, so residents didn’t have to go up and down five times each day for their prayers. Hike up the steep roads and stroll along old streets to glimpse Sarajevo’s history. 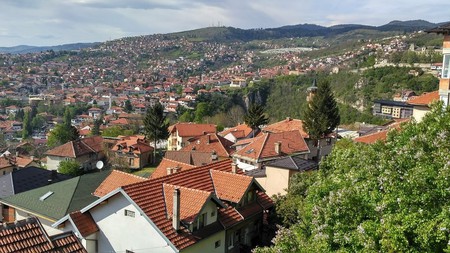