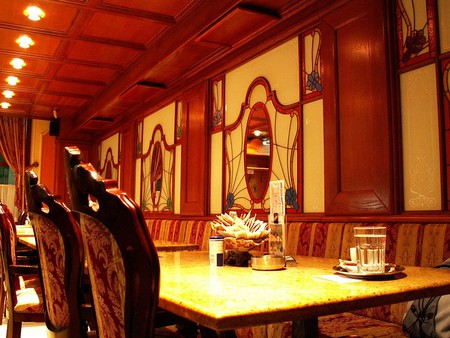 Traditional Bosnian food combines the best of the east, west and Mediterranean. The Ottomans brought the kebabs and bureks, while the Austro-Hungarians introduced a Central/Western European cuisine. Early traders between the Bosnian Kingdom and the Dubrovnik Republic brought an influence from “the Med” into today’s kitchen. Typical Bosnian food is slow-cooked meat marinated in its juices and served with bread. Here are the best traditional restaurants in Sarajevo. 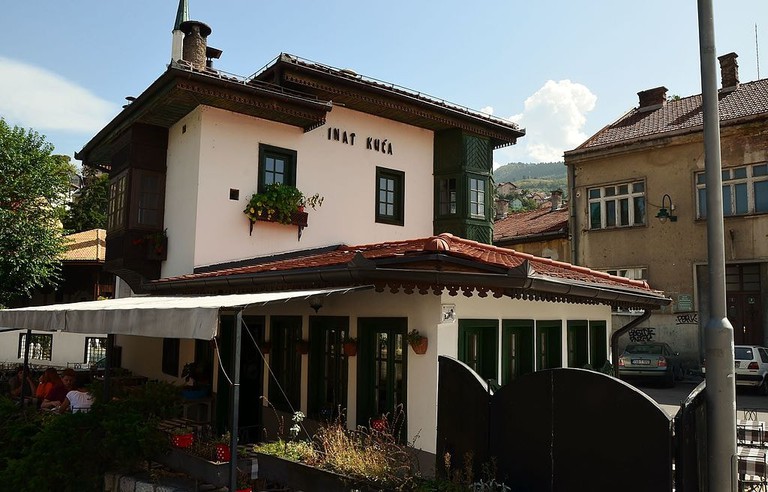 Inat Kuca provides a range of traditional dishes from Cevapi to Bosnian soups. The décor inside this Ottoman-style building has intricate carvings on the walls and shelves full of antiques. Folk music plays in the background as diners indulge in their affordable meals.

Before you enter the restaurant, gaze across the River Neretva, and you’ll see the City Hall. Inat Kuca once stood on that exact spot. The Austrians wanted a prime location along the river for their City Hall, but the Bosniak owner of his house refused to move.

Eventually, they agreed his house would be moved brick by brick to the other side of the river. This resilient Bosnian’s attitude gave his home and later restaurant the nickname House of Spite.

The Four Rooms of Mrs Safija

Looking for an upscale dining experience that combines traditional Bosnian meals with fine wines and cocktails? Try The Four Rooms of Mrs Safija.

The old-fashioned wooden décor and smartly dressed waiters create a relaxing atmosphere, yet with an air of elegance. Lamb stew is a highlight, and, as such, the restaurant is often named as the best in Sarajevo by food critics. And after finishing your meal and a bottle of Herzegovinian wine, head over to the cocktail bar and lounge.

The restaurant, inside a wealthy former resident’s home, has an interesting backstory. A Catholic Austrian Count fell head over heels in love with a local Muslim Bosniak. In the early 20th century, this was taboo, and they had a forbidden love affair. The Count built the four Rooms of Mrs Safija for his Bosniak love.

Zelena Dolina offers a mid-range dining experience in a family-owned restaurant a few kilometres north of Central Sarajevo. Choices are more limited than other traditional restaurants in the city, but it makes up for this by serving a high standard of food. The Peric Family owns and runs the restaurant; ownership passes from generation to generation ever since 1929. 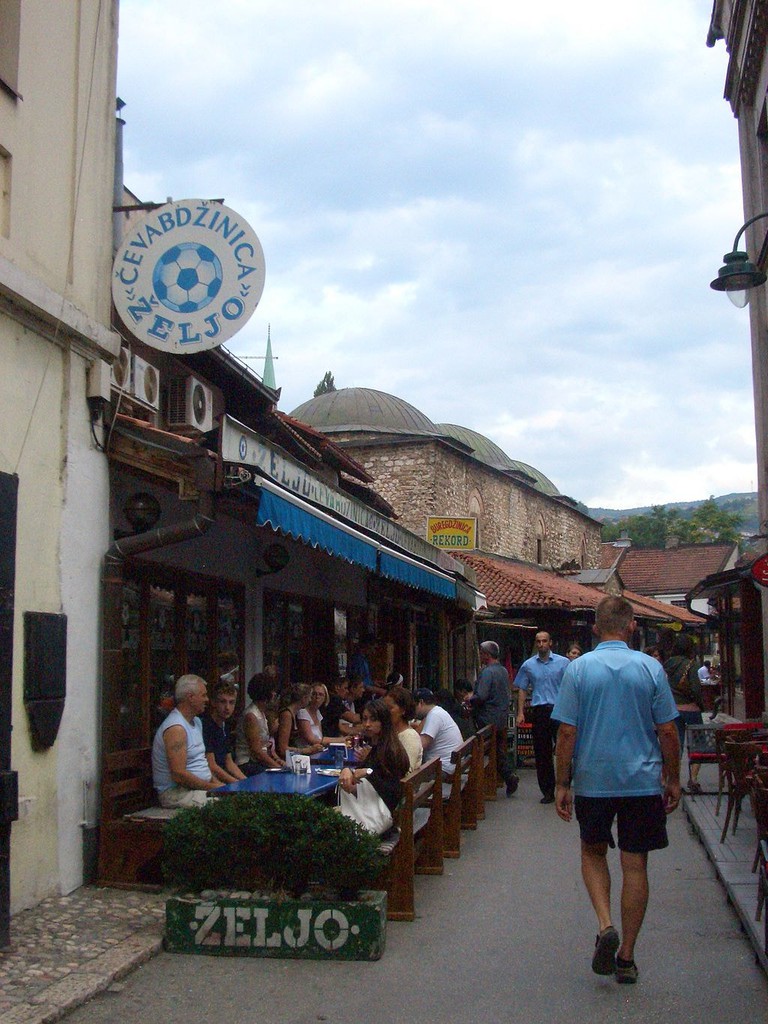 Cevapi is the national dish of Bosnia. The small meat kebab-sausage comes with somun (Bosnian pita bread) and raw onions. According to locals, Cevabdzinica Zeljo has the best cevapi in Sarajevo.

Don’t expect fine dining or high–class service at this small restaurant in Sarajevo’s Bascarsija. But you will get delicious cevapi in your mouth within minutes of ordering.

For a mid to high-end dining experience on an opened terraced restaurant with a view, visit Park Princeva. Waiters in formal attire and bowties serve everything from traditional Bosnian food to international cuisine. Expect some of the best table services at this must-visit restaurant in Sarajevo. The dining area is lavish with a piano in the corner and a dangling chandelier. Locals come here for a high–quality dining experience with an excellent view.

Cafe, Restaurant, Kebab, European, Turkish, Mediterranean, Vegetarian
Facebook
Email
Twitter
Pinterest
Copy link
Share
Map View
Inside an Ottoman-style building in Bascarsija, Nanina Kuhinja serves up local food for breakfast, lunch and dinner. Come here for a thick Bosnian coffee in the morning and return at lunchtime to sample their soups. Bamija and Buramija (tender veal cooked with vegetables) are some of the best dishes in this small restaurant. Live music is a regular in the evenings.