The Best Markets in Bosnia and Herzegovina 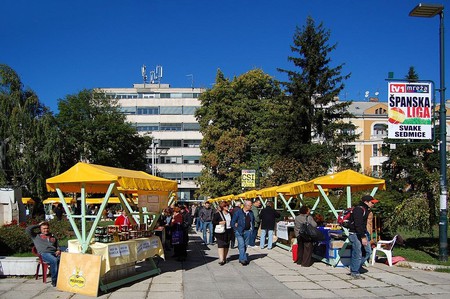 Bosnia, like every other country in the world, has an abundance of markets. Some are directed toward tourists selling handicrafts and fridge magnets, where local farmers sell their produce. Exploring the markets allows the adventurous to immerse in local culture and practice negotiation skills with vendors, which can be fun. Here are a few of Bosnia’s best markets for souvenirs, fresh food and for experiencing the locals. 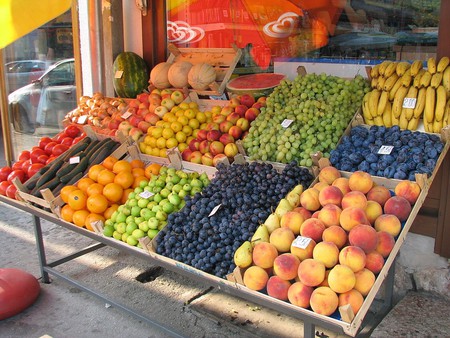 Sarajevo’s Pijaca Markale is the biggest local bazaar in the city. Old women sit in their stalls selling everything from socks to tissues atthis market near Bascarsija. Visitors walk around to soak up the atmosphere and experience the local culture.

This market has a dark history in the Siege of Sarajevo. On two occasions, the first in February 1994 and the second in August 1995, shells hit the crowded market. More than 100 people were killed and many others wounded. 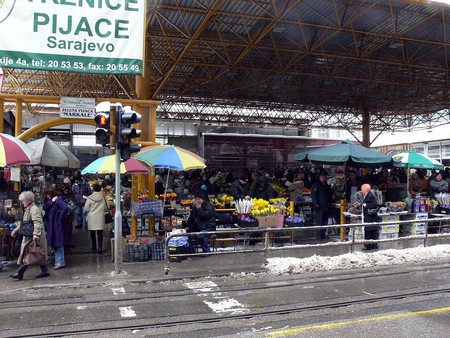 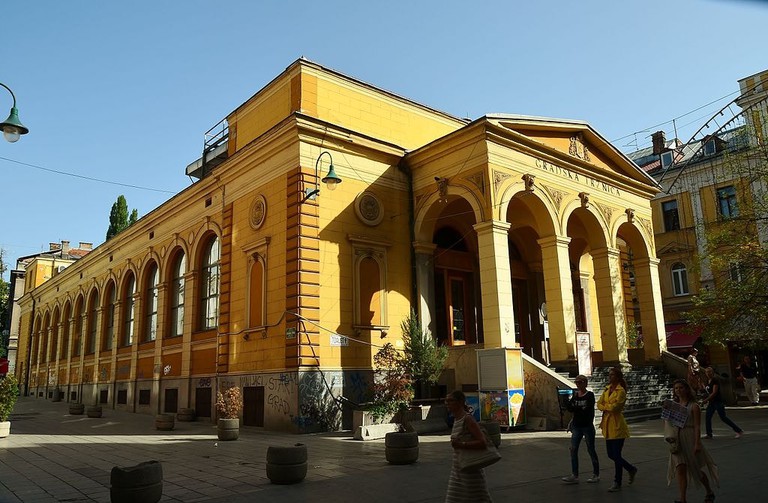 Market Hall Sarajevo | © CeeGee/WikiCommons
Housed in the yellow neo-Renaissance building to the west of Bascarsija is City Market Sarajevo. Open since 1895, one of Sarajevo’s oldest markets has had many different looks. The most recent renovation repaired the building after destruction during the Siege. A variety of cheese and smoked meat fills the stalls of this small market, including the famous Ms Mirsada Pjano’s cheese stall. Opening hours: Daily from 6:00 a.m. to 5:00 p.m.
Open In Google Maps
4a Mula Mustafe Bašeskije, Sarajevo, Federacija Bosne i Hercegovine, 71000, Bosnia And Herzegovina
+38733205353
Visit Website
Give us feedback

Banja Luka’s most off-the-beaten-path market is Nova Pijaca. A few kilometres to the northeast of Kastel Fortress, this market sells fresh fruit and vegetables at lower pricesthan thecity.

Virtually no one here speaks English, you will have to rely ongestures and a game of charades for communication. Adventurous tourists will also enjoy the experience of wandering through the suburbs to reach the market.

Trznica Mostar is the largest produce market in the Herzegovinian capital. Towards the northern suburbs of Mostar on the Croatian side of the River Neretva, approximately 2 kilometres (1.24 miles) from Stari Most, is a fun market where you’ll find zero tourists. Locals come to buy their weekly shopping, with Wednesday being a particularly busy day. Mostar isn’t just about snapping a picture of the bridge and eating at the traditional restaurants, take the time to explore the local side of the city too.

Mostar’s Old Bazaar, or Bazar Kujundziluk, stretches from the east of Stari Most along the River Neretva. You’ll find souvenirs, copperware and handicrafts. As you’re ambling along the cobblestone streets, appreciatehow little has changed since the 16th century. Merchants and vendors filled these very stalls once under the Ottomans all those years ago. 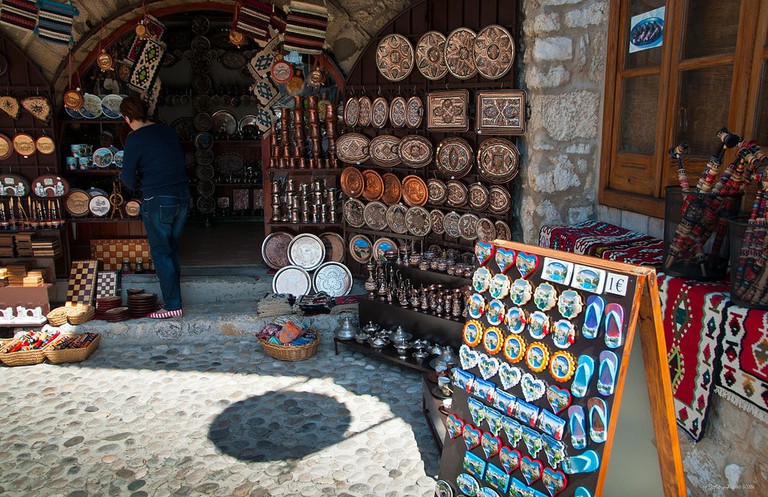 Pilan isn’t the typical Bosnian market and is as far away from touristy as you could imagine. The small seafood market in Tuzla sells all types of fresh fish caught by local fishermen in the River Jala. As Bosnia’s third city gets hardly any visitors, gettinga local experience and immersing yourself in theculture of this destination is easy.

Another interesting market in Tuzla is the Buvlija Flea Market. Locals sell various types of knick-knacks from ski shoes and old telephones to antiques and Yugoslavian memorabilia. Bargain hunters and those with a keen eye can spot a unique souvenir from the flea market that might have a certain level of value back home.

The Flower Market in Brcko District is about as far off the beaten path as you can go in Bosnia. You won’t see any other tourists here and will probably be the talk of the town for the rest of the day. A range of flowers from roses to wedding bouquets line the shelves, making it a colourful and pleasant market to explore.