Srebrenica: How to Visit the Site of Bosnia's Biggest Genocide 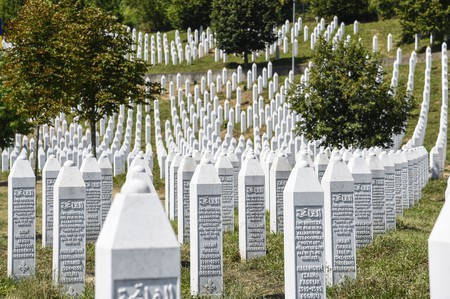 ‘Don’t Forget Srebrenica’ are the giant words painted on a socialist-era apartment block in a Sarajevo suburb. Srebrenica lies close to the hearts of many Bosnians after a massacre killed more than 8,000 men and boys in July 1995. Here’s how you can visit to see where the event happened and to pay your respects at the site of Europe’s biggest mass murder since World War II.

The Bosnian War (1992-1995) began after Bosnia held a referendum to declare independence from Yugoslavia. Slovenia and Croatia had already broken away. Bosnian Serbs and Croats, when combined, made up almost half the population in 1991. They boycotted the referendum. They wanted to stay with Belgrade or join Croatia, respectively. Bosnia declared independence on March 1, 1992 and the Bosnian Serbs and Bosnian Croats formed their own armies. War broke out in April 1992. 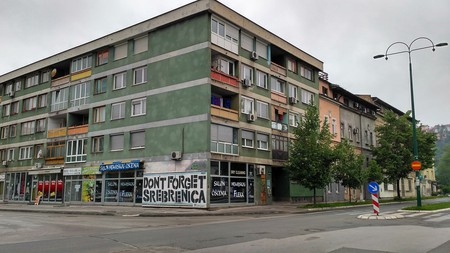 What happened at Srebrenica?

Srebrenica lies in eastern Bosnia, approximately 10 kilometres (6.2 miles) from the Serbian border. When the War started, the goal of the Bosnian Serbs in the Army of Republika Srpska was to secure large areas of land near their border to reunite with Belgrade and Yugoslavia.

Some say a massacre took place in Srebrenica. Others say genocide. And people around the world remember the event with the ongoing trials of war criminals, including the Butcher of Bosnia, who led the attack. After more than two decades, the situation is still tense. Bosniaks (Bosnian Muslims) say the attack was unprovoked and targeted innocent civilians; Serbs disagree saying their army retaliated against attacks on nearby Serb villages. 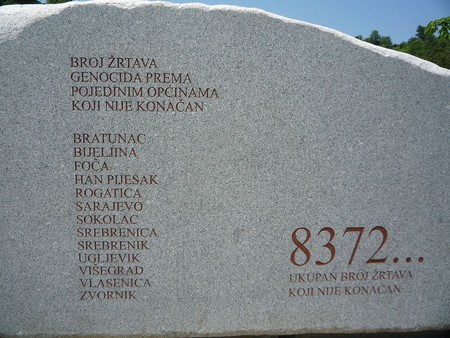 Why should tourists visit?

Srebrenica was Europe’s largest mass murder since the Holocaust. Bosniaks visit to mourn and pay their respects. The event marks an important part of Bosnia’s history and should never be forgotten. Visitors can head to The Srebrenica-Potocari Genocide Memorial and Cemetery a few kilometres from the village in Potocari. You can also visit monuments dedicated to Serb victims in nearby Bratunac, too.

If you want to appreciate the horrors and realities of the 1990s Bosnian War, visiting Srebrenica is a must. Be prepared for a harrowing and emotional experience especially when you hear first-hand accounts from survivors. Raising awareness and witnessing such places will hopefully prevent future atrocities. 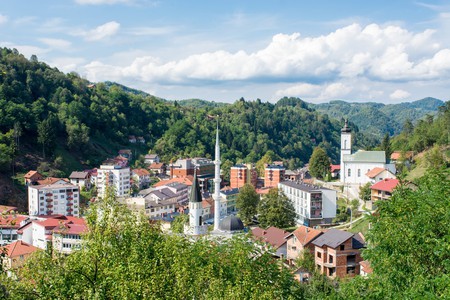 How to visit Srebrenica

First, it’s important to be aware that there isn’t much to do in Srebrenica apart from visiting the memorial and paying respects. If you want to visit, take either a tour from Sarajevo or visit using public transport.

Sarajevo Funky Tours have day trips from Sarajevo to Srebrenica for €60 ($71) per person. The tour begins at 8 am, returning to Sarajevo in the evening. A knowledgeable guide explains the events, introduces a survivor at the Memorial Centre and provides an insight into the Bosnian War.

Backpackers may want to visit independently, which is possible but requires a little patience. Buses may not operate on a regular schedule, and it’s essential to ask for the latest information at Sarajevo’s bus station beforehand. You might need to take more than one bus. Visiting on a day trip can be time-consuming and leave you with little time in Srebrenica. If you do, spend the night. It’s also possible to travel from Srebrenica to Belgrade.

Srebrenica was a tragic event and an essential part of Bosnian history. The issue is very contentious, and you’ll get different accounts depending on if you ask a Bosniak or Serb. Don’t speak about the event or express opinions unless you’re with a guide or someone who’s comfortable to talk. Experiencing the site of Europe’s worst massacre in recent history gives you a perspective of the war and its legacy in Bosnia today. 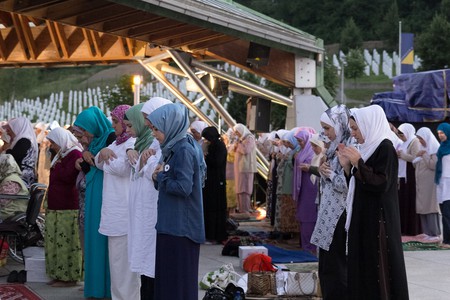