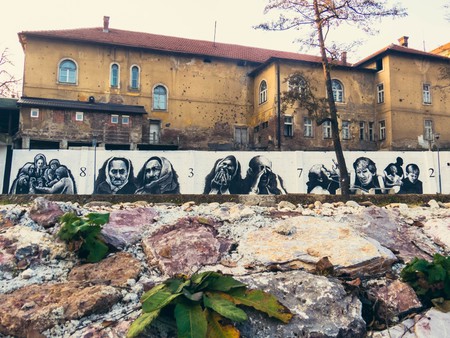 The Silence project began in October 2015 by artist collective HAD, whose members include architect Muhamed Beslagic, fine artist Anel Lepic and street artist Damir Sarac, and took two months to complete. Creating an incredibly moving memorial, HAD beautifully honors those victims of the Bosnian War with this emotional work.

Srebrenica, the place where the crime of genocide was committed during the war in Bosnia and Herzegovina 1992-1995, is the subject of the Silence project. The artists carved real images of Bosniak victims from that period into a 35-meter-long wall in Visoko. The wall is parted; it has five segments, four frames and four columns that divide the frames. Each frame has its individual story, but together they make a collective of silent screaming figures, reminding people of those who were massacred in Srebrenica. 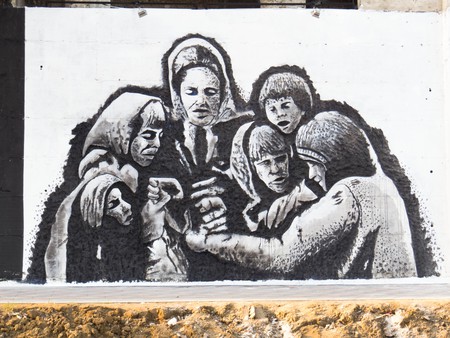 The project is a labor of love and hate, life and death, and a story that needed to be told. With every blow of the hammer into the wall, a piece of the past is removed to reveal the future. This art, achieved through labor and struggle, epitomizes the cultural and political landscape that inspired these works. The works also reflect the current social, economic and political situation in Bosnia and Herzegovina, which is still turbulent, despite nobody wanting to admit it – nor to feel responsible for it. The victims seem to be seeking help, seeking answers. 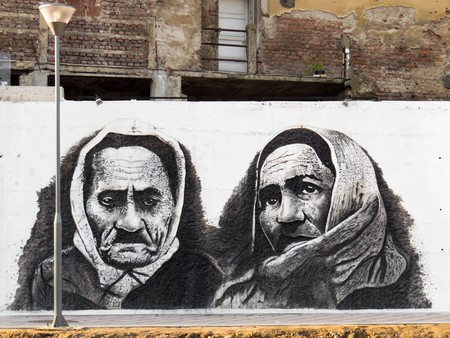 The opening ceremony was held on November 19, 2015, without an opening speech or applause. HAD decided to unveil their work in a silent, peaceful walk in order to pay their respects to the victims once more. 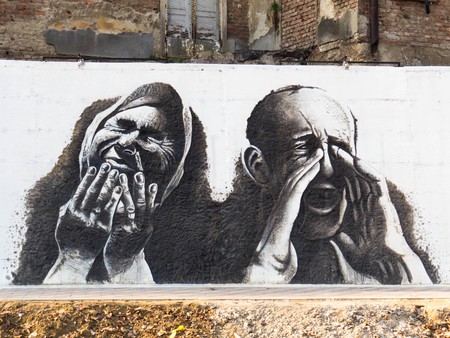 The HAD collective was born from the urge to make changes alone and collaboratively, using their works to confront everyday social struggle. HAD breaks the walls they are surrounded by, and the wallcut technique (concept street art) is their tool for doing so. Besides Silence, HAD has completed numerous other projects and exhibitions. 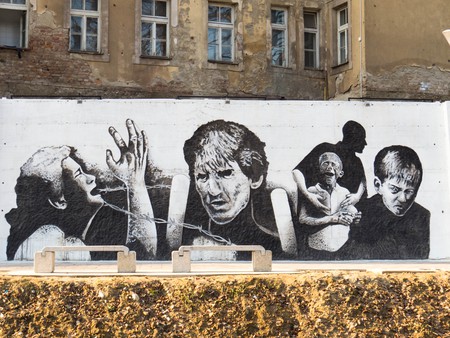 For more information about HAD, please visit hadartwork.com.