Sarajevo_Veliki_park | © Julian Nitzsche
Mountains and valleys surround Sarajevo, and locals are never more than a short drive away from nature. The Ottoman’s built terraced hamlets risingin the hills, and the Austro-Hungarians developed parks and green areas. Kids play and Sarajevians of all ages relax in these attractive parks, some of which have a sad story to tell.

Veliki is a large park sandwiched between Central Sarajevo and Bascarsija. Several trails lead around and connect with nearby Mali Park. Families come for a stroll and kids come to play. But it wasn’t always the pretty flowers and shady trees we see today.

The park has a dark history dating back centuries to the Ottoman times. An Islamic graveyard stood on the spot of Veliki Park, of which only the ruins of old tombstones remain.

Burials came to an abrupt stop when the Austro-Hungarians arrived, for the sake of hygiene and to create a park for residents. Hundreds of trees were planted in 1886.

The most iconic structure here is the Children of Sarajevo Monument, in honor of the deaths of children at the hands of snipers in the early ’90s. The monument has the names of all those children who lost their lives. 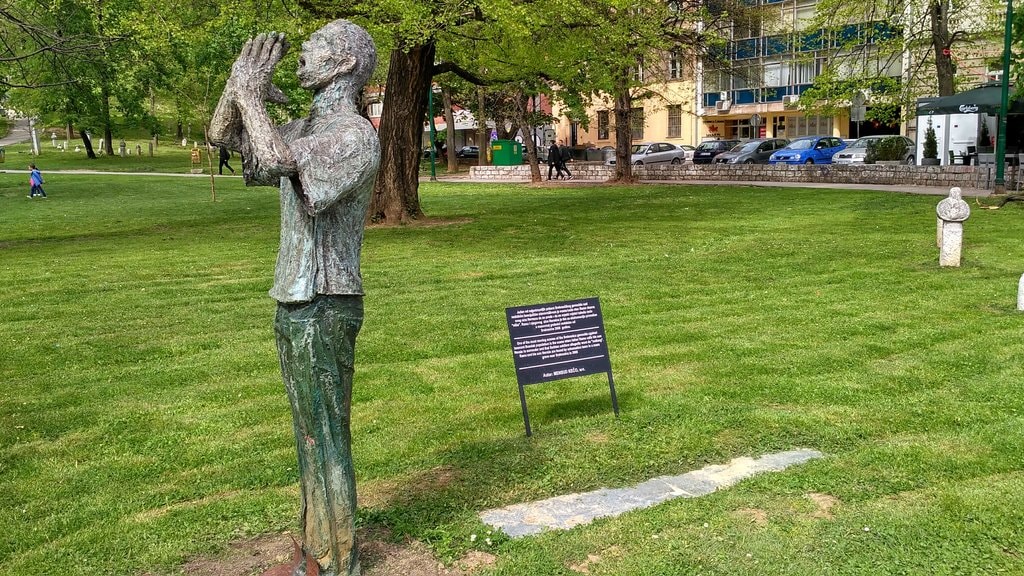 Families and the young love Wilson’s Promenade, 2 kilometres (1.2 miles) of road along the Miljacka River to the west of Central Sarajevo. After 5:00 p.m., on weekends, and every public holiday, the street closes to traffic.

Everyone from roller-skaters and joggers to dog walkers and cyclists enjoy the shady Wilson’s Promenade, designed by the Austro-Hungarians.

Vendors sell popcorn and snacks to peckish locals.Bicycles and quadricycles, a four-wheel carriage for families to pedal together, are available too. A few cafes and restaurants with outdoor areas, full of students and couples, are on the western end of Wilson’s. The famous Tito Café with its Yugoslavian décor and memorabilia is in the centre near the National Museum.

Suada and Olga Bridgemarks the eastern boundary of Wilson’s Promenade. The bridge commemorates the spot where snipers shot two anti-war protesters on April 5, 1992.They were two of the first victims.

Another heart-breakingeventtook place on this bridge.A young, madly-in-love Serb and Bosniak couple, dubbed Sarajevo’s Romeo and Juliet, were shot as they tried to escape. 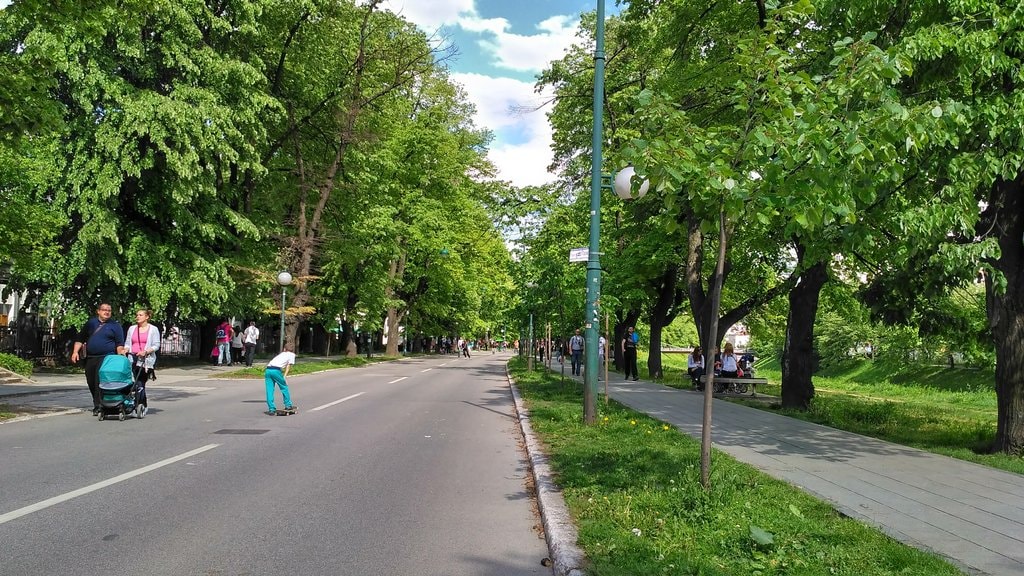 The Jewish Cemetery, a 10–minute walk to the south of Suada and Olga Bridge, climbs the slopes of Trebević Mountain. During the Siege of Sarajevo, snipers hid behind tombstones and shot people in the city. As you’re standing in the cemetery, the large open space in front of you was the infamous Sniper’s Alley.

Residents trying to stay sane went about their day-to-day business and had to run for their lives or shelter behind U.N. vehicles. Gunners killed more than 1,000 men, women and children.

Address: To the south of Urijah Dedina, Sarajevo 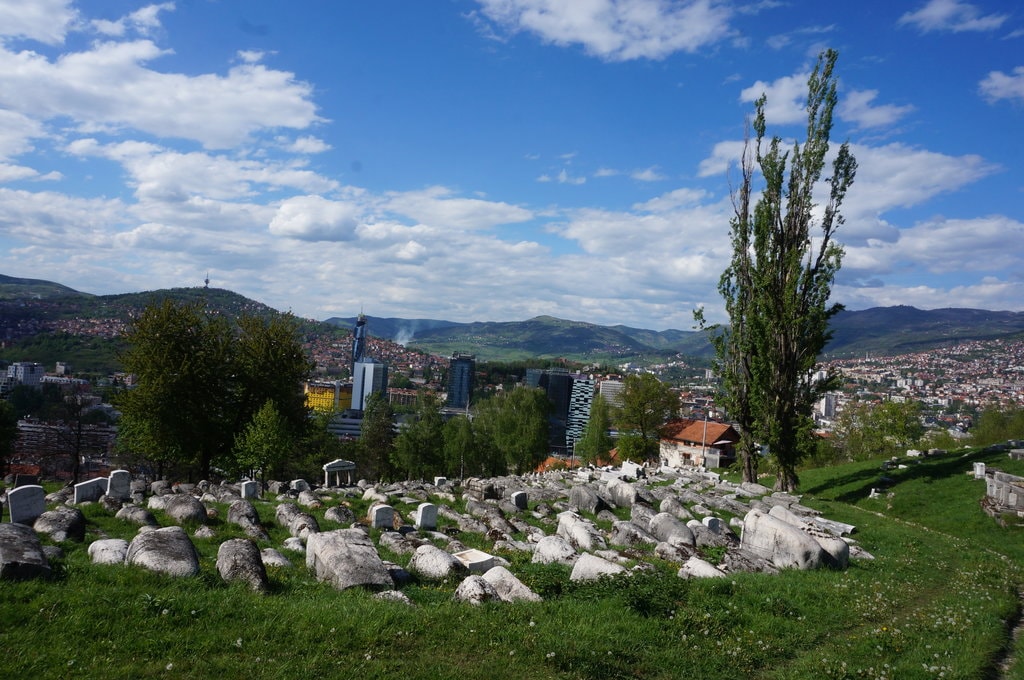 This 8–hectare park, a few kilometres up the hills to the south of Wilson’s Promenade, has the names of 11,000 Bosnians who lost their lives during World War II. The memorial itself screams socialism with a grey symmetrical appearance.

Vraca opened in 1981 and was destroyed by retreating Serbs at the conclusion of the Siege. Local authorities declared the park as a national monument in 2005. 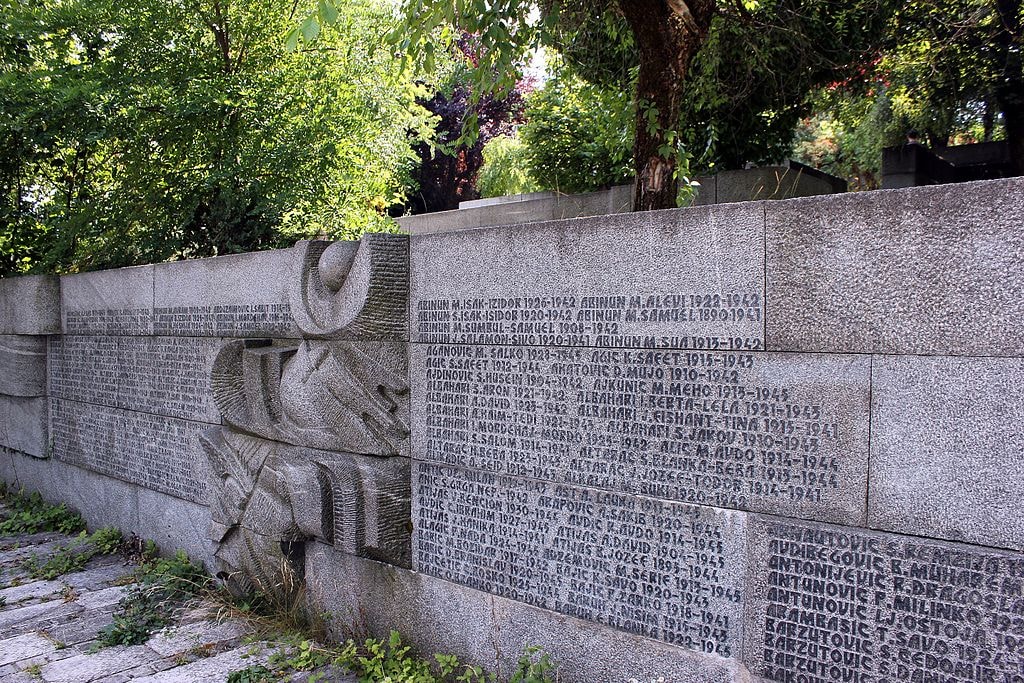 The names of the 11,000 Bosnians | © Julian Nitzsche/WikiCommons

Mojmili Hill is hometoSoma Mojmilo, a large forest park 7 kilometres (4.3 miles) from Central Sarajevo. Locals often visit on weekends to escape the noise and pollution. Some hike or use the fitness areas. Others come with close friends and families for a picnic.

Cloudless days, which are typical of summer, givegreat views of the western suburbs of Sarajevo. A vast amphitheatre also hosts outdoor events and concerts.

Park
The large nature reserve covers 7 hectares to the northwest of Central Sarajevo. Sports and recreation facilities, including a 1.2 kilometre (0.75 miles) running and cycle path, attracts locals of all ages. Few tourists venture this far from the city centre to stroll amongst the various types of trees. Come along in the summer for a few refreshing drinks and a BBQ or picnic.
More Info
Open In Google Maps
Alipašina, Sarajevo, Federacija Bosne i Hercegovine, 71000, Bosnia And Herzegovina
View menu
Visit website
Visit Facebook page
Send an Email
Give us feedback

Many of the beautiful green spaces in Sarajevo have a sad story to tell, masked by thetrees, flowers and smiling Sarajevians. When you’re relaxing and enjoying the views and serenityin the parks, spare a thought for those who lost their lives there.