How to Travel Bosnia on a Budget 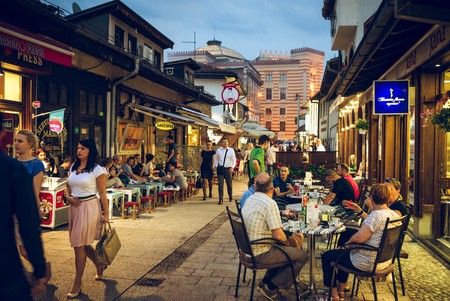 Bosnia isn’t an expensive place nor is it a particularly cheap destination either. Compared to Western Europe, you’ll get more spending power with your money. But, if you’re a fan of South East Asia or the Caucasus, you’ll probably find it to be a bit pricey. Here’s everything you need to know about visiting Bosnia on a shoestring budget, along with travel tips to get more value for your buck.

How Much to Budget in Bosnia

You can travel to Bosnia quite comfortably on $50 a day including accommodation, transport, food and drink and visiting attractions. The cost of living in Bosnia is relatively low. If you want to spend more than a few nights in each city and explore the country over a period of weeks or months, you’ll probably find the cost will drop to $40 a day.

A top tip is to have a rigid idea of the towns and cities you want to visit, but also avoid booking tight connections on public transport. It’s a good idea to book hotels in advance on Hotels.com or give yourself at least 48 hours to find an Airbnb. Bosnia isn’t always efficient. Failing to do so may result in wasted time and extra costs.

How Much to Spend on Accommodation

The nightly price of budget accommodation ranges from $15 or less to $40 or higher. You can get a bed in a hostel in both Sarajevo and Mostar for less than $20 a night. Apartments and budget hotel rooms with a private bathroom cost slightly higher. Banja Luka tends to see prices closer to the $30 mark. Expect to pay more than $30 in places like Tuzla, Travnik and Zenica.

Airbnb is growing in popularity, and finding an apartment or room for approximately $20 a night is more the rule than the exception. Another option is Couchsurfing.

If you want to spend more than a few nights, book the cheapest room on either Airbnb or other platforms for the first night. When you have your feet on the ground, you’ll be surprised how many options suddenly become available after asking locals, especially in rural areas.

Saving Money on Food and Drink

Food and drink in Bosnia aren’t expensive. Affordable and delicious traditional food is available in Sarajevo’s Bascarsija and Mostar’s Kujundziluk. Plates of cevapi and Bosnian coffee typically cost a few dollars. Banja Luka has a few affordable restaurants too, where a meal and a few fresh glasses of delicious Nektar Beer rarely exceed $15.

Those on a tighter budget with the option to cook can buy frozen cevapi from the supermarket at half the price and get fresh produce at one of Bosnia’s markets. Most bakeries sell cheese, spinach and meat bureks for around $1. A single burek is like eating a meal. Just beware that some shops sell by weight rather than per item, which is much more expensive.

Common sense tells you that shops in tourist areas are more expensive. Take note that restaurants at bus stations are sometimes the cheapest. 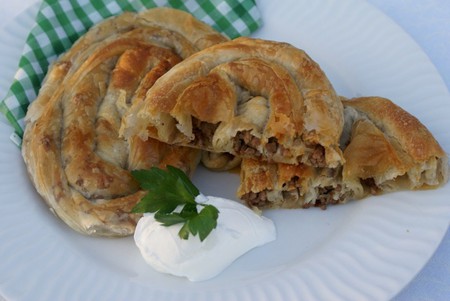 Public transport around towns and cities is relatively inexpensive in all parts of Bosnia and shouldn’t cost much more than $1 for a one-way journey. Sarajevo has a tram, one of Europe’s oldest in operation since 1885, which is the most efficient way to get around the capital. You can explore Mostar and Banja Luka on foot. 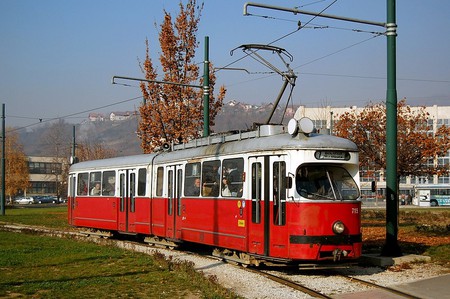 One of the trams in Sarajevo | By Milan Suvajac (Own work) [CC BY-SA 4.0 (https://creativecommons.org/licenses/by-sa/4.0)], via Wikimedia Commons

Getting from one town or city to the next is usually expensive. Long distance transport tends to be on par with Western European prices.

If you’re travelling the popular route between Sarajevo and Mostar, expect to pay 20KM ($12) per person for a one-way ticket or 12KM ($7.20) on the train. Bus drivers often charge for each piece of luggage stored in the undercarriage too. Despite the high cost, expect old buses without a toilet. You need to pay to use the toilets inside the station.

The train between Sarajevo and Mostar passes through some of the most spectacular scenery in Bosnia. Picture steep canyons with an emerald green river meandering below. Sometimes trains operate; other times they do not. Keep in mind that you can’t take the train between Bosnia and Republika Srpska, which means you need to travel to Banja Luka by bus.

If you use the bus or train, always ask at the station the day before about whether a train will operate. The information online and even the one on display at the station may not be accurate.

Hitchhiking isn’t unheard of, and you shouldn’t have to wait too long for someone to pick you up. Hold up your sign in both the Latin and Cyrillic Alphabets to appeal to all ethnic groups of Bosnia. Carpooling such as BlaBlaCar is in its infancy. However, this may change shortly and become a trend like in neighbouring Serbia.

Bosnia has plenty of free attractions, landmarks and historical buildings. Tourists can soak up and savour the natural beauty without admission fees too. Museums tend to come with a steep price, meaning budget travellers need to prioritise.

Sarajevo’s must-visit museums include The Tunnel of Hope and Galerija 11/07/95. The first costs $6 and the second is a steep $7 per person. If you want to save money, you can visit the churches and walk around the historical centres for free. If you want to check out an alternate museum, head to the Gazi Husrev Bey Museum, after Sarajevo’s most famous mosque, for $1.20. Plan and prioritise, and you’ll make your money last much longer in Bosnia. 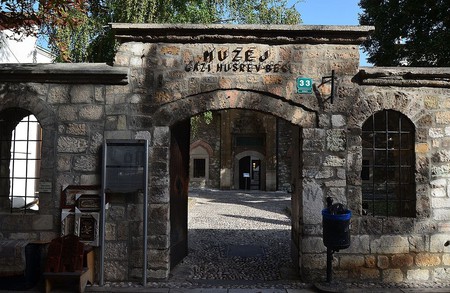