How To Spend 48 Hours in Banja Luka, Bosnia 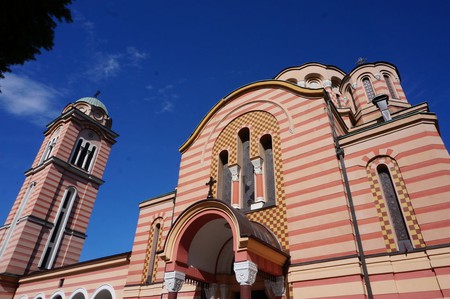 If you’re looking for a different Bosnian experience and want to escape the tourists, check out Banja Luka, the Republika Srpska’s main administrative and cultural centre. Banja Luka has a Serb majority and a very active café culture with plenty of boutique hotels. Combine this with a Roman fortress, an Orthodox Church and a Catholic Cathedral that looks like something in a sci-fi film, and you have a great destination to visit. Here are our suggestions on how to spend 48 hours in Banja Luka.

Day One: Visit the Cathedral and Church in the Morning:

The best way to start the first day is with a cup of coffee. And what can be better than a strong black Bosnian coffee? Caffe Vegas, on Bulevar Zivojina Misica, is a five-minute walk from central Banja Luka and makes a good spot for inexpensive morning drinks and breakfast.

Follow the street west and head to the gold and brown, Byzantine-style Cathedral. Christ the Saviour Cathedral is Banja Luka’s main attraction and centrepiece, with the giant golden dome dominating the city’s skyline. Inside, you can admire the colourful frescoes of saints and religious icons decorating the walls. Expect to spend at least 45 minutes enjoying the manicured lawns and taking photographs of both the interior and exterior of this massive structure. Visiting here is one of the best things to do in Banja Luka. 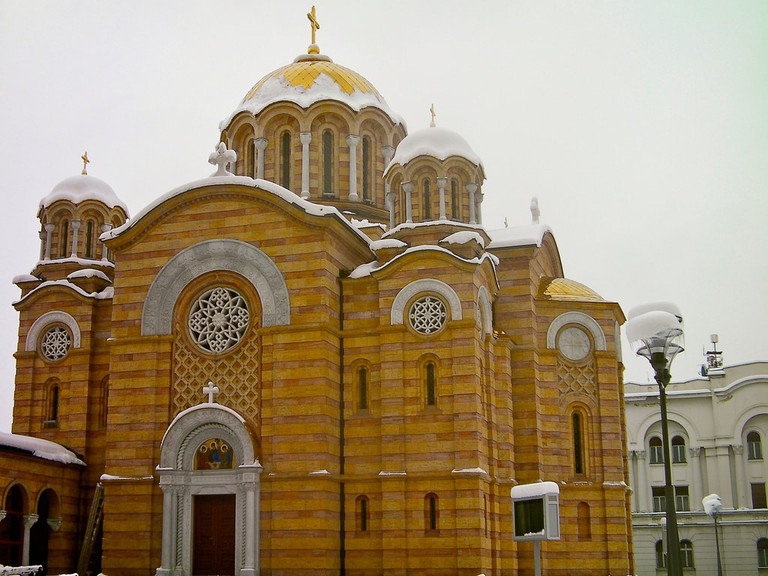 Banski Dvor, the palace of the former governor of the kingdom of Yugoslavia, is opposite Christ the Saviour. The white Renaissance structure is now a cultural centre. Regular exhibitions and concerts take place here, so it may be a good idea to check what’s happening when you’re visiting.

Continue walking northwest from the Cathedral and Banski Dvor to Banja Luka’s most photographed attraction, the Cathedral of Saint Bonaventure. The sci-fi-like church has a curved roof forming the central tower with the bell tower reaching 42 metres (138 feet).

As lunchtime approaches, you have a choice between grabbing a burek from one of the bakeries. Or head to one of the nearby cafés (either CoMBo, Dionis or Barcelona) for a light lunch and drink.

Day One: An Afternoon of Sightseeing:

Follow the main street, Kralja Petra, southwest toward Ferhat Pasha Mosque and Kastel Fortress. You’ll pass Park Peter Kocic en route, which is worth a few minutes for a quick photograph of the fountains.

The first stop is the 16th-century Ottoman mosque; its minaret reaches 42 metres (138 feet). Ferhat Pasha is one of the oldest in Bosnia, which was recently reconstructed after the war. If you’re thirsty and want to admire from a distance, Café Eklektik is across the road. 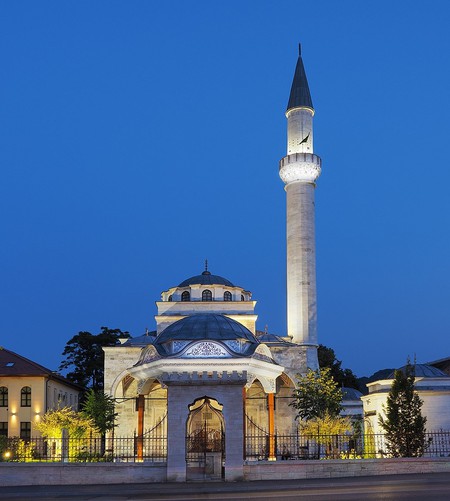 Kastel Fortress, a Roman fortress believed to be on the ruins of a Neolithic settlement, is a few minutes from Ferhat Pasha. Once strategically crucial in the wars between the Ottomans and the Austrians, the fortress and its two towers and nine bastions today is just a monument. The exterior stone walls make a great photograph with the foreground of the lawns against the River Vrbas.

After hours of walking around the top attractions in Banja Luka, you’ve probably built up an appetite. A few bars and restaurants on the opposite side of the River Vrbas from Kastel Fortress serve barbecue, cevapi and pizza along with a selection of drinks. Later, either attend an event at Banski Dvor Cultural Centre or hit the cafés and bars to unwind. 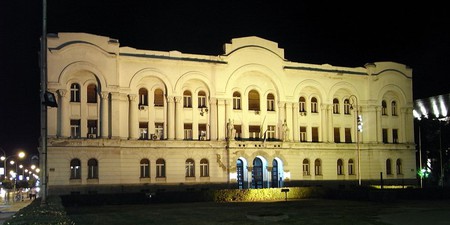 Day Two: A Morning of Culture:

Grab breakfast and a coffee and head to the Museum of Contemporary Art on Trg Srpskih Junaka 2. A total of 1,300 pieces of art, from mostly Yugoslavian artists, are on display. Included are paintings, graphics and sculptures. Expect to spend an hour inside. Next, head to the Museum of the Republika Srpska, located about 10 minutes on foot along Đure Daničića 1. Exhibits cover the history of Serbs from Middle Ages to WW2 through a series of artefacts, displays and photographs. 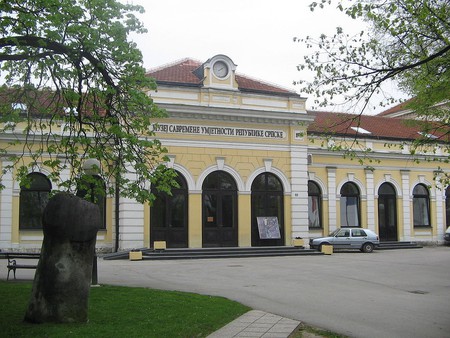 Day Two: An Afternoon of Shopping

For a more local experience, head to Nova Pijaca, a produce market a few kilometres from the centre. Either take a taxi or stroll through the shady suburbs to the market. Don’t expect much in the way of souvenirs, but you can get some fruit and an insight into the local way of life.

Day Two: An Evening of Reflection

Depending on what time you’re leaving in the morning, either have a quiet drink or enjoy the nightlife to the fullest extent. Favorite pubs for a more active evening would be Mac Tire Pub or Shamrock Pub. Or, for a more peaceful evening, grab a meal at Restaurant Kazamat or Kod Muje and head for a drink at Provence.