After the War: Bosnia Then and Now 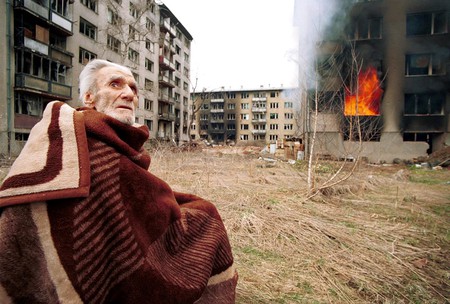 A Bosnian Croat man sits stunned and scared outside his burning home after rampaging Bosnian Serbs looted and set fire to his home in the final hours of siege on Mar 17, 1996 in Sarajevo, Bosnia | © Northfoto/Shutterstock

‘Why do you want to go there? Aren’t they in war?’ were the words of some when I expressed interest in travelling to Bosnia. Most of us have memories of the atrocities and suffering back in the 1990s when wars were tearing Yugoslavia apart. Bosnia suffered the worst. But more than two decades later, a surprising number still think snipers shoot people in the street, which deters potential tourists. But this is about as far from the truth as possible. Here’s how Bosnia has transformed since the 1990s into a progressive, secular 21st-century nation.

The cause of the Bosnian War has deep roots intertwined and tangled with religion, ethnic identity and nationalism. In short, Bosniaks (Muslims), Croats (Catholics) and Serbs (Orthodox Christians) lived together under former leader Tito as part of Yugoslavia. Tensions rose after Tito’s death, leading to the eventual breakup of Yugoslavia.

Bosnia followed Slovenia and Croatia and declared their independence from Yugoslavia in 1991.

Snipers, rockets and mortars rained down on Sarajevo for 44 months. Thousands died, including many children. Fighting, massacres and atrocities took place around Bosnia by Serb and Croat militia. Estimates suggest anywhere between 90,000 and 300,000 Bosnians died. Many more were injured, permanently displaced or suffered psychiatric problems and post-traumatic stress disorder. The psychological wounds will never heal for some. 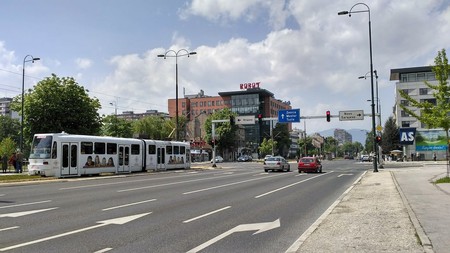 Almost two and a half decades have passed since the Dayton Accords peace agreement in 1995, which signalled the end of the war.

Sarajevo, Mostar and other towns and cities have been rebuilt. Tourism increases. The educated youth are optimistic about their future.

Sarajevo’s Bascarsija is always full of locals chitchatting away with friends over a strong Bosnian coffee. Women clad in the latest fashion show off in the shopping districts. Mostar is the same, with thousands of tourists visiting from nearby Dubrovnik each day.

Most parts of Bosnia feel safer than many other European cities, and few would think twice about walking through the streets after dark.

Skyscrapers and shopping malls replace the crumbling devastation that once dominated TV screens around the world. Haunted and starving civilians in a war zone are replaced with overweight officer workers rushing to get back from lunch rather than to dodge a bullet in Sniper’s Alley. Appeals for donations are now advertisements for tourism.

Much has changed. Bosnia isn’t at war. Bosnia is a safe place to travel. But not everything is rosy as it appears on the surface.

It would be wrong to paint a picture of a fully-recovered nation, a post-war Utopia without problems, however. In the eyes of tourists, everything might seem right. But dig deeper, and there’s more to this story than the physical reminders of bullet-riddled apartment blocks.

Many Bosnians haven’t recovered. Quite a few who went into exile haven’t returned and never will. It can be hard to forgive. It can be almost impossible to pretend nothing happened and to ignore how former neighbours and friends tried to kill each other.

Ethnic tensions exist and are stronger than ever. Unemployment in Bosnia is among Europe’s highest. Each ethnic group is represented by their own leader, which means Bosnia has three presidents: a Bosniak, a Serb and a Croat, who rarely agree on anything.

Bosnia is recovering, but still has a long way to go. 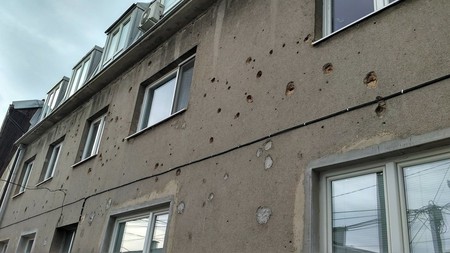 Visible holes from the war on apartment blocks | © Sam Bedford

The growing number of post-war adults with few or no memories of the horrors hope to change Bosnia. Many of Bosnia’s students are optimistic. Others anticipate a second conflict. Only time will tell.