11 Things You Didn't Know About Bosnia 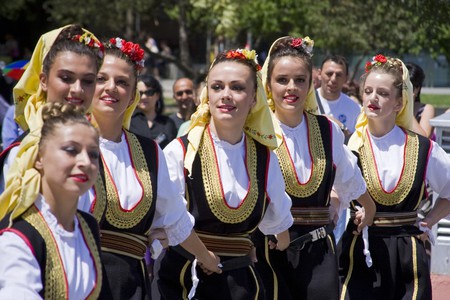 One of the most rewarding parts of travel is having the opportunity to learn, understand and appreciate the world from a different perspective. You don’t need to get a textbook on world history from the library or dive into the nitty-gritty details. A few quick facts are usually enough to start you off in the right direction. So, in the spirit of travelling to learn about the world, here are 11 things you didn’t know about Bosnia.

In the late 19th-century, Austro-Hungarians controlled Bosnia. The previous Ottomans liked to sit around all day drinking coffee, and tasks took a long time to complete. This rule changed and Sarajevo and Banja Luka underwent significant renovations and upgrades, including the introduction of trams in 1885. At the time, very few European countries had trams, making Sarajevo a pioneer in public transportation. As you ride a tram around the city, spare a thought to this historic and little-known fact. 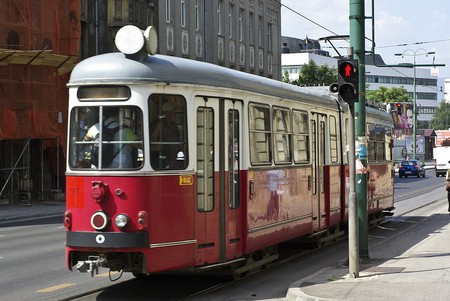 Bosnia and Herzegovina has a very complicated history. A Bosnian can either be a Bosniak, Croat or Serb based on his or her religious affiliations as a Muslim, Catholic or Orthodox Christian respectively. Each group has their own language, which is Slavic based and shares similarities with each other. After conflicts in the 1990s, Bosnia split along ethnic lines. Each group now has their own president. Few countries have three languages and three presidents.

The Oldest and Largest Pyramids may be in Bosnia.

In a small town to the northwest of Sarajevo are a series of hills that could revolutionise the way we view human civilisation. According to Dr. Semir Osmanagic, a Bosnian archaeologist, the five hills in Visoko aren’t hills but are 30,000-year-old pyramids. Few in the scientific world accept Semir’s claims. However, compelling and convincing evidence exists. 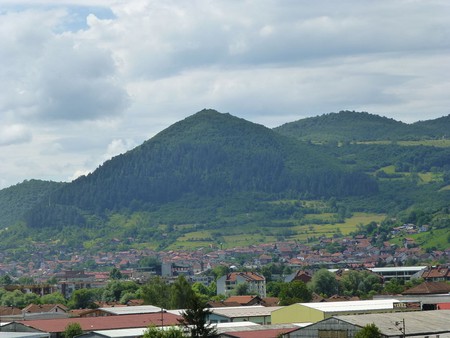 Bosnian Pyramid of the Sun | By TheBIHLover (Own work) [CC BY-SA 4.0 (https://creativecommons.org/licenses/by-sa/4.0)], via Wikimedia Commons

Bosnia has a Rainforest.

Bet you didn’t know that Bosnia has a rainforest? Believe it or not, it’s true. Sutjeska National Park’s Perucica in eastern Bosnia towards the Montenegro border covers 1,400 hectares (3,500 acres) of rainforest. A total of 170 species of trees and 1000s of different types of plants, along with an abundance of wildlife call this area home. Estimates suggest the UNESCO-listed forest is more than 20,000 years old. Skakavac Waterfall, one of Bosnia’s highest at 75 meters (246 feet), is near the rainforest too. 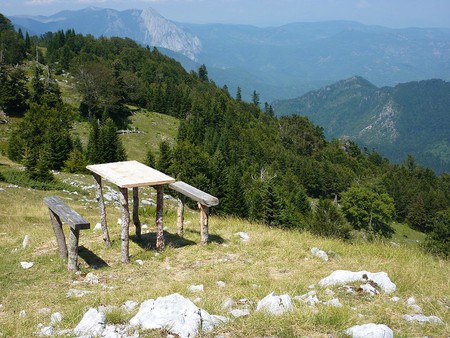 The Jerusalem of Europe

Who would have thought Sarajevo, after the conflicts in the 1990s, was one of the only cities in Europe to have a mosque, church (both Catholic and Orthodox) and a synagogue in the same neighbourhood? Any tourist can see and photograph all four structures within less than 10 minutes on foot. Sarajevo’s religious tolerance is refreshing and envious in the modern world.

Bosnia’s national symbol is the endemic golden lily (Lilium bosniacum). Historically, it was symbolic of the 14th-century pre-Islamic Bosnian Kingdom and has since come to represent both Bosnia and Bosniaks (Muslims). The old flag used six lilies against a blue background. But, things aren’t as simple as they seem, which leads to a strange contradiction. Lilies are often associated with Christianity, but they are Bosnia’s national symbol, a nation with a Muslim majority. 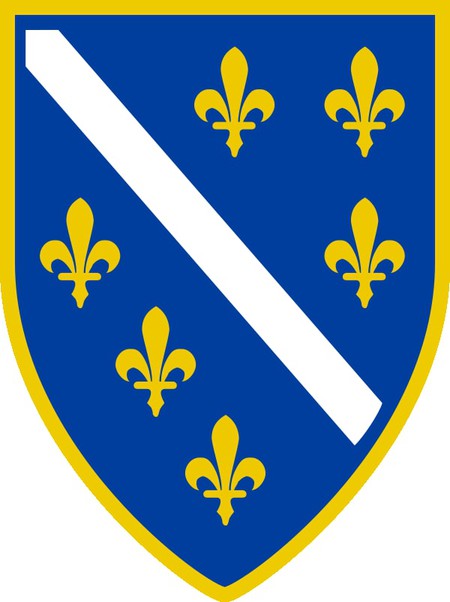 Coat of Arms of Bosnia and Herzegovina 1992-1998 | By No machine-readable author provided. Kseferovic assumed (based on copyright claims). [Public domain], via Wikimedia Commons

Hear Gunfire? They’re Not Shooting at You!

A strange tradition in rural parts of Bosnia occurs during large celebrations such as weddings and childbirth. Jubilant revellers fire guns into the air. We’ve all seen cartoon characters jumping up and down shooting a firearm skywards in celebration, right? Well, this tradition still happens in some parts of Bosnia too.

The First Winter Olympics in a Communist Country

Sarajevo hosted the 1984 Winter Olympics when Bosnia was part of Yugoslavia, becoming the first communist nation to host the event. The Winter Olympics put Sarajevo on the map, but sadly, eight years later the glory and heritage died along with 1000s of Sarajevians in the Siege of Sarajevo. 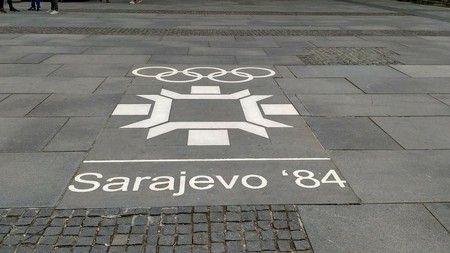 Despite the religious tolerance, it doesn’t mean there aren’t ethnic tensions simmering away below the surface. The 1995 Dayton Peace Agreement ended the Bosnian War but didn’t resolve the underlying issues. Bosnia is a divided country with ethnic Bosniaks, Croats and Serbs often having a majority in their own regions. Mostar, Bosnia’s most visited city, is segregated with Bosniaks and Croats generally living on different sides of the River Neretva.

The World’s First Mosque to Use Electricity is in Bosnia.

Sarajevo’s 16th-century Gazi Husrev-bey Mosque is famous for plenty of reasons; for example, it is the largest, most important and one of the oldest mosques. But, there’s another interesting fact cementing its place in world history. In 1898, Gazi Husrev-bey Mosque became the first in the world to use electricity.

In 1981, six children allegedly witnessed something magical transforming the small Herzegovinian town of Medjugorje forever. Mary, Mother of Jesus, appeared on the hill to the six children, turning this town near Mostar into a major pilgrimage site for Catholics around the world. Since 1981, more than 30 million people have visited. Some claim to see the sun spinning in the sky and unexplained figures forming the shape of a cross around the sun.