Why You Should Visit a Snail Farm in Belgium… Seriously 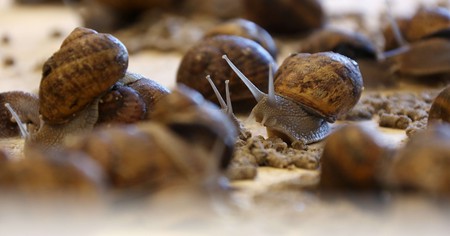 In Belgium, they’re a traditional treat as typical of a Sunday market visit, as a bout of haggling, or the soundscape of loud-mouthed vendors. But when asked where escargots come from, one doesn’t immediately imagine the shelled creature and its friends growing up on an idyllic farm in Wallonia. Enter snail farmer Eric Frolli, who has made cultivating and promoting the sustainable food source his life’s mission.

At first, Eric’s plastic greenhouses in a small Liège village seem oddly empty except for a grassy underground with rows of wooden planks spread out on it. Lift up one of the boards, though, and you’ll find dozens of pairs of tentacle eyes staring back at you. In 1986, when Eric first put on his snail-handling gloves after receiving his agriculture diploma in Ath (known to most as the City of Giants), a professional escargot farm was unheard of in Belgium. In France, a few pioneers were just trying their luck at the peculiar craft. Fast forward three decades and the Escargotière de Warnant manages a yearly output of 800,000 snails, a considerable part of the national market. 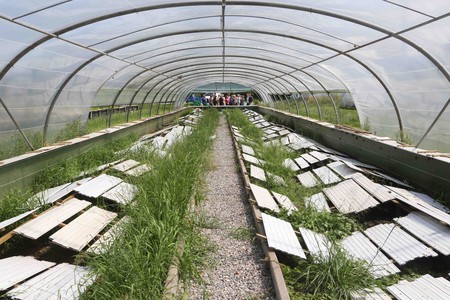 Eric has been more than happy to welcome visitors to his farm. In spring and fall, guests ooh and aah in surprise at the groups of snails sticking to the backside of the boards in a hot and humid greenhouse, and by the time summer rolls around, they get a tour of the animals’ spacious open-air parks (3,000 square meters or 32,292 square feet). 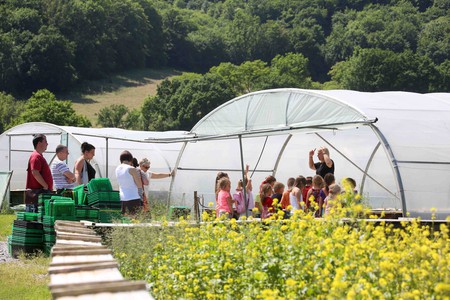 But all quaintness aside, heliciculture (or snail farming) is serious business with far-reaching advantages that Eric and his team are careful to emphasize. While working on his thesis all those years ago, the already environmentally conscious student discovered that snails are one of the most sustainable forms of protein. Free-range snail farming carries the lightest of ecological footprints and has proven economically profitable in countries around the globe. 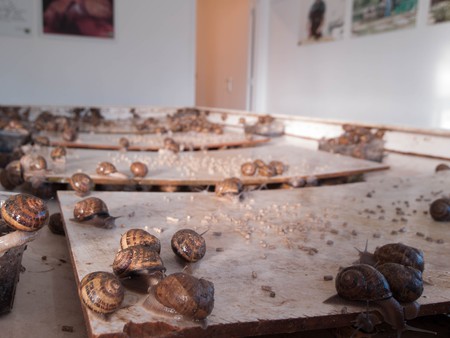 Eric mainly sells his caracoles directly to restaurants, and after meeting his endless parade of slimy fellows, the tour goes on to the shop and tasting room where it becomes abundantly clear what the fuss is all about. From the classic “escargots de Bourgogne” in herbed butter to escargot-stuffed Paris mushrooms and even escargot profiteroles, this artisanal-bred delicacy knows many incarnations. The Escargotière has even teamed up with another snail-themed Wallonian treasure, the Caracole Brewery, to produce a caracole-and-beer paté. While “to each their own” definitely applies here, adventurously inclined foodies should have a literal field day touring this unconventional little Belgian farm. 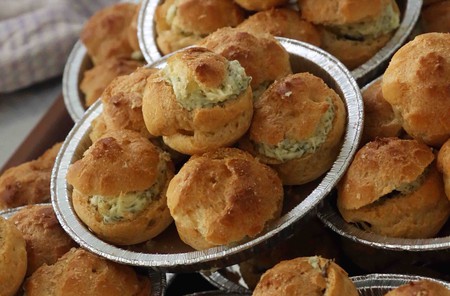 The Escargotière de Warnant is open to visitors from April 1st until November 30th. Individual guests are welcome on Saturdays, and group reservations can be made for Tuesdays through Sundays.