What To See in Brussels To Learn About the European Union 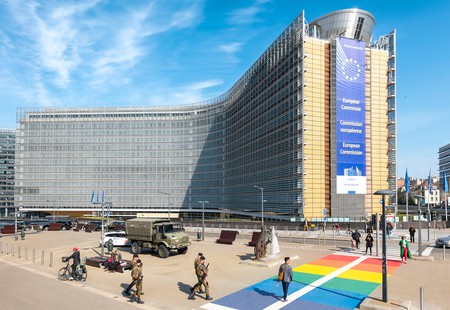 The Berlaymont Building, a former convent, is now home to the headquarters of the European Commission in Brussels | © Wiskerke / Alamy Stock Photo

Brussels is known around the world as the capital of the EU. In the city’s Leopold Quarter, members of parliament, lobbyists and commissioners rub shoulders. Brussels resident Sébastien Parizel takes us on a tour of the museums and European institutions in this fascinating part of Brussels.

How Brussels became the capital of the EU

Brussels was never really supposed to become capital of the EU; it was no one’s first choice. Some wanted Luxembourg; France wanted Strasbourg or Paris. Even Belgium was more keen on Liège, near the borders of the Netherlands and Germany.

In 1957, six European countries – Belgium, France, Germany, Italy, Luxembourg and the Netherlands – founded the European Economic Community, the predecessor of the EU as we know it today. The group needed to decide on a headquarters. So, how did Brussels become the de facto capital of the EU? It’s all down to the alphabet.

Several cities applied to become the host, but as the six countries couldn’t make up their minds, they decided to take turns. As Belgium is the first country alphabetically, it was here that the public servants took office. This proposed European tour never materialised, and the EU stayed in the Belgian capital, which gradually attracted more and more European institutions.

Over the years, Brussels has become one of the world’s most important political and diplomatic centres. Following Washington DC, the city is home to the highest number of lobbyists and diplomats in the world.

The best place to start exploring the European neighbourhood is Schuman Square. Granted, the square itself is nothing special. However, some of the most important EU institutions are located in the beautiful buildings surrounding the square. 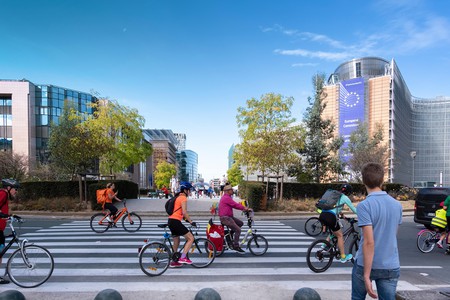 One of the most famous of these is the Berlaymont building – the official home of the European Commission. It was the first building in Brussels to house public servants, and was built for this purpose on the spot of the former convent of Berlaymont. Although the convent had been there since 1625, the government deemed it a perfect place for a new building, thanks in no small part to its large garden. The sisters were convinced to give up their home in exchange for a brand new one, and in 1962, they packed their suitcases and moved into their convent outside of the city, near King Leopold III’s country estate of Argenteuil.

The new building was inspired by the UNESCO headquarters in Paris. It was designed to impress, displaying the innovative and optimistic spirit of the ’60s. Everything seemed possible, and this shows in the groundbreaking engineering. Only the centre of the building touches the ground and the four wings seem to be floating. The public can pass freely underneath the building.

Across the road you’ll find the home of the Council of the European Union, where the EU heads of state gather. Originally housed in the less-than-inspiring Justus Lipsius building, the Council moved to the adjacent Europa Building in 2017. You can’t miss it: it consists of a large wooden and glass facade, through which you see a big lantern-shaped interior. The more modern part was added to the original Art Deco Residence Palace building, and created an interesting mix of old and new. The wood used in the building’s facade comes from EU member states. You can visit the building during weekly free guided tours, although you do have to register in advance.

Enjoy the view at the House of European History

Smack in the middle of the European neighbourhood is Leopold Park, which housed Brussels Zoo until 1880. This was so unpopular that the government decided to change it into a regular park, and it is now a relaxing space in the bustling neighbourhood. Sit by the pond among the rare trees – such as a 200-year-old Oriental plane – before walking to the House of European History. 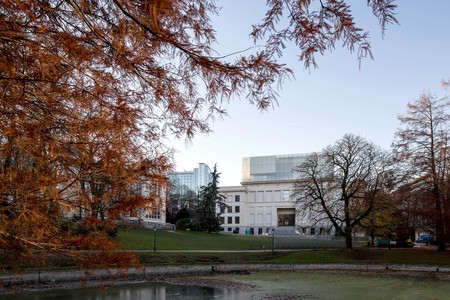 This museum, which opened in 2017, focusses on the history of Europe from 1789, when the French Revolution changed the continent. But don’t expect a boring history lesson about each European country, instead, the museum poses questions about a shared European history; discusses the horrors that the continent endured throughout the 20th century and talks about the political changes in Europe after World War II. Check out the ‘Shaping Europe’ exhibition, in which maps, paintings and ancient Greek statues explain how Europe got its current borders, and its name.

Other themes discussed are Europe’s imperialism, the World Wars and the rebuilding of Europe in the second half of the 20th century. There’s a breadth of European icons, from Danish design to a Yugoslavian car resembling a FIAT. Through a fascinating blend of art, design and historical objects, the museum will offer you a new view on a shared European history and European society in general.

The European Parliament in Brussels

The Parliament itself is housed in the distinctive Paul Henri Spaak building, recognisable by its big dome. It also has a visitors’ centre called the Parlamentarium. Even if politics isn’t your thing, this free museum is a must-see. It’s interactive and has a wide array of fun multimedia tools and videos to explain how the parliament works. You can see replicas of historical documents, take tests about the EU institutions and walk across an interactive floor map of Europe. Finally, the Parlamentarium also explains the importance of the EU in the everyday lives of its citizens. 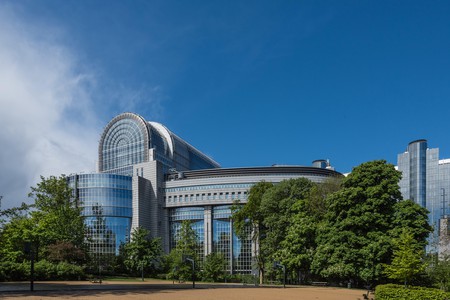 After visiting the Parlamentarium, take a peek inside the European Parliament itself. You can go on one of the free daily tours or wander around at your own pace with a handy multimedia guide. You’ll walk through the huge building and discover how the complicated parliament works, with members from 28 countries and 24 official languages. For a real highlight, visit the Hemicycle. It is here that MEPs meet and where European legislation is voted on and ratified.

As night falls and the public servants leave their offices, they’ll head to one of the many bars surrounding Luxembourg Square. It’s the scene for the famous EU after-work drinks, with Thursday evening being the most popular night. The perfect way to end your walk through the European neighbourhood is to join them, washing down your experiences with one of Belgium’s famous beers.