Discover the Best of Bruegel's Art in Brussels 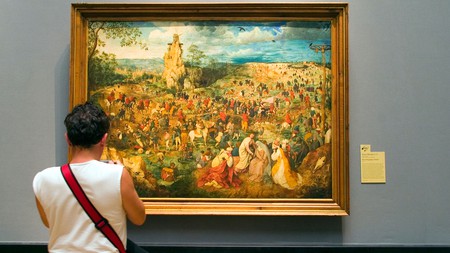 In the heart of Brussels, the Musées Royaux des Beaux Arts (Royal Museums of Fine Art) are celebrating the 450th anniversary of the death of Pieter Bruegel the Elder (c.1525–1569), the finest and most extraordinary Netherlandish painter of the 16th century. Only around 40 of Bruegel’s paintings have survived Europe’s turbulent history and the Musées Royaux hold five of the best, with the remainder widely distributed among the major galleries of Europe and North America. 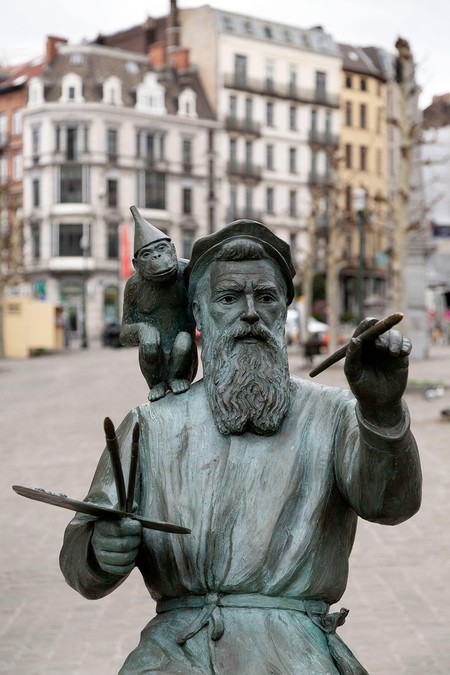 Although there is no disputing his brilliance, little is known about Pieter Bruegel the Elder. Yet, one or two facts about his life are clear. He travelled to France and Italy, where he was more impressed with the Alps than with the Italian painters; he worked in Antwerp, enjoying some success as a member of the guild of painters; and he moved to Brussels in the early 1560s, dying a few years later. In the south side of the city centre, a memorial in Notre Dame de Chapelle pays tribute to him and also carries a painting by Pieter’s son, Jan Bruegel, of St Peter being given the keys to heaven.

What is certain is that Pieter Bruegel was a seminal influence on the development of Dutch painting. Many of Bruegel’s early works were landscapes, but in the 1560s he turned his skills to the gruesome allegories for which he is now most famous, canvases that reach deep into the observer’s soul. Bruegel also produced a number of finely observed peasant scenes, whose attention to detail was much admired by later generations of Netherlandish (Dutch and Belgian) painters. These works often depict crowded Flemish scenes in which religious or mythical stories are embedded. This sympathetic portrayal of everyday life revelled in the seasons and was worked in muted browns, greys and blue-greens with red or yellow highlights.

‘Landscape With the Fall of Icarus’ 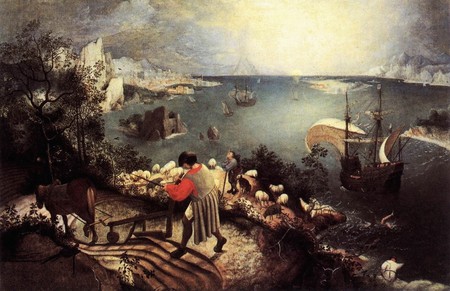 The Fall of Icarus is Bruegel’s most haunting work, an extrapolation of a classical legend in which a youthful Icarus formulates a plan to escape Crete by means of homemade wings made of feather and wax. His father, Daedelus, warns him not to fly too near the sun, but Icarus ignores his advice, the wax melts and Bruegel’s painting captures the exact moment of disaster when Icarus drops into the green waters of the ocean, his legs flailing. Yet, and this is Bruegel’s master stroke, although the ploughman may have heard a cry, he carries on regardless, and the ship sails calmly on, seemingly unaffected – both acts of human indifference that chill the soul.

‘The Census at Bethlehem’ 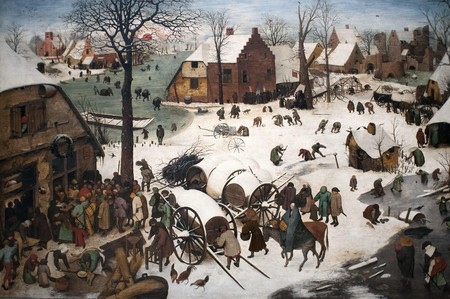 At first glance, this exquisitely detailed painting shows a Flemish village in the depths of winter, its inhabitants cowed by the cold but pressing on with their daily business as best they can. But look more closely and something far more momentous is happening: a crowd is gathering under the double-headed eagle sign of the Habsburgs, and approaching is a woman on a donkey – no other than the Virgin Mary and her husband, Joseph, translated from a biblical landscape to Bruegel’s own Flanders. Thus, a momentous biblical story is tucked away amongst the bustle of everyday life, with a side swipe at heavy-handed bureaucracies, whether it be the Roman Empire or the oppressive Habsburg regime.

‘The Fall of the Rebel Angels’ 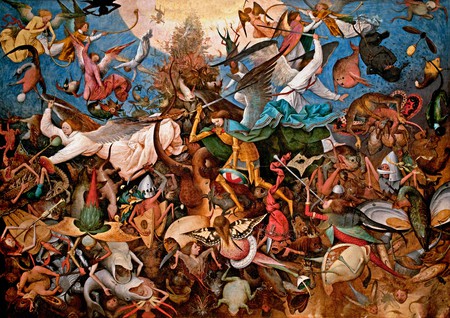 Painted in 1562 and inspired by the Book of Revelations,The Fall of the Rebel Angels is a frantic, seemingly chaotic panel painting in which the fallen angels, half-human, half-animal monsters, are driven from heaven by the Archangel Michael and the good angels – the clash between vice and virtue being a favourite Bruegel theme. The painting is clearly influenced by the work of another Netherlandish painter, Hieronymus Bosch (1450–1516) and indeed this painting was attributed to Bosch until Bruegel’s signature was discovered hidden under the frame.

In this delightful painting, a Flemish village trails off into the middle ground bathed in the soft, almost ivory light of a bitterly cold winter. Tiny figures play on the ice of the frozen river, their casual, innocent pleasures muted by the dangers that await them as represented by the bird trap in the right-hand foreground: the bird was the traditional symbol of the soul, and the devil can always be relied upon to set temptations for the careless soul.

‘The Adoration of the Magi’ 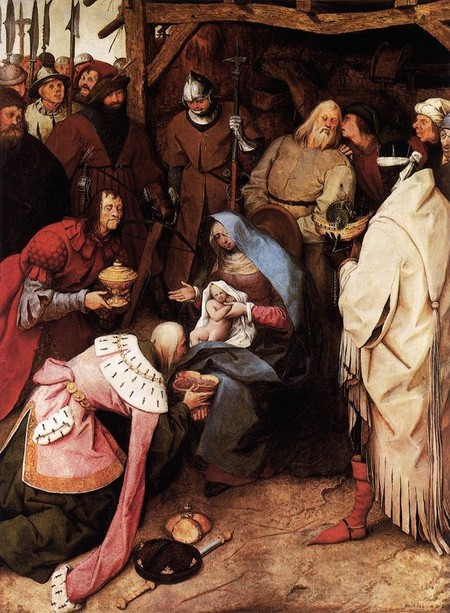 ‘The Adoration of the Magi’ was a popular theme with Flemish and Italian artists, but here, in this painting from 1564, Bruegel abandons the hallowed sanctity and clichéd poses of his fellow painters for an earthy, crowded scene in which the Magi are surrounded by a crowd of earnest onlookers and worshippers. Some of the faces are composed in reverence for the holy child, but others are grotesque, others seemingly scheming and doubtful.