What To See Along The River Ourthe

The Ourthe flowing past the 'world's smallest city', Durbuy | © Kismihok/Flickr

Weaving its way through the Belgian Ardennes, the river Ourthe boasts exceptional water quality and lush, green surroundings. Following its banks, you’ll bump into a city that’s a small medieval town, underground cave wonders, and a chateau with a dark reputation.

Descend into the Cave of the Abyss

At Comblain-au-Pont, where the Ourthe absorbs its side river, the Amblève, and the Ardennes truly begin, the forces of nature have conspired to create the Grotte de l’Abîme, or the ‘Cave of the Abyss.’ The underground halls were first discovered in 1900 when a dog fell into the original passage, a chasm 22 meters deep. Today, it’s possible for visitors to enter more comfortably via a horizontal tunnel to visit the limestone caves formed by rainwater and to say hi to the large families of bats who come to take their naps there. If you venture a little farther, you’ll also find the famed caves of Remouchamps.

Discover the shadowy past of Chateau Logne

In the heart of the Palogne recreational domain lie the remains of the old Logne stronghold. From the 9th century onwards, dutiful monks expanded the fortress into an impressive construction until the premises fell into the hands of the ‘de la Marck’ clan – also known as les Sangliers des Ardennes (‘the boars of the Ardennes’). The gang family used their control of the chateau to increase their power over the area until Charles V put an end to their rebellious ways by bombing the place in 1521. Excavations at the site have been taking place for over a century, and the nearby museum now sketches an impressive image of daily medieval life in the castle with the help of hundreds of discovered objects. The chateau ruins are part of a larger domain where falcons fly and treasure hunts are a daily activity.

Get enchanted by Durbuy’s ‘smallest city in the world’ charm

Perhaps the most picturesque village on the banks of the Ourthe and, therefore, quite touristy, is Durbuy. The vintage town with its cobbled alleyways has been calling itself La plus petite ville du monde (‘the smallest city in the world’) ever since 1331 when it was baptized a city by the Count of Luxembourg even though crossing it takes no more than a five-minute walk. Adding to the charm are the massive corn labyrinth that strikes down during summer, the Saint-Amour jam factory that stirs its confitures by hand, and the off-the-wall Topiary Park with shrubs in the form of elephants, crocodiles, and even Pamela Anderson. 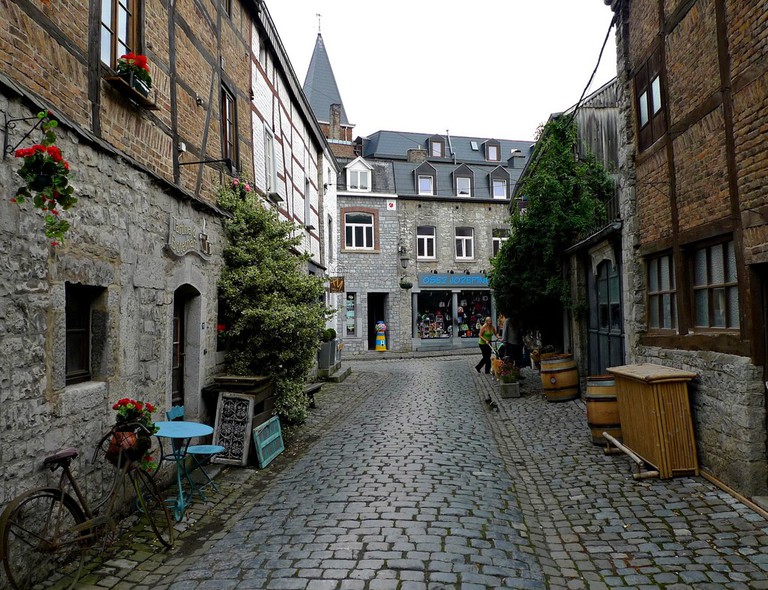 The medieval quaintness of Durbuy | © zoetnet/Flickr

Marvel at the Ardennes’ green splendor from Belvédère Vantage Point

The chosen spot to ‘ooh’ and ‘aah’ at the lush nature springing up around the river Ourthe. From atop the Belvédère, it becomes clear just how small postage stamp-sized Durbuy is compared to its forest surroundings. The outlook point is only open when the tourist train rides, so there’s no guilt about not huffing and puffing your way up.

Go on a culture bend at La-Roche-en-Ardenne

To each his own at La-Roche-en-Ardenne, the small but culturally blooming city the Ourthe meanders right through. While history buffs have the castle ruins and a museum centered around WWII battles in the Ardennes to look forward to, foodies can pay delectable visits to the artisanal chocolate factory and the Ardennes Ham Museum. Add to that the pottery museum and pottery workshop, the wild game park, and the ghost that trots around on the castle’s walls during summer light shows, and you’ve got one entertaining Ourthe city. 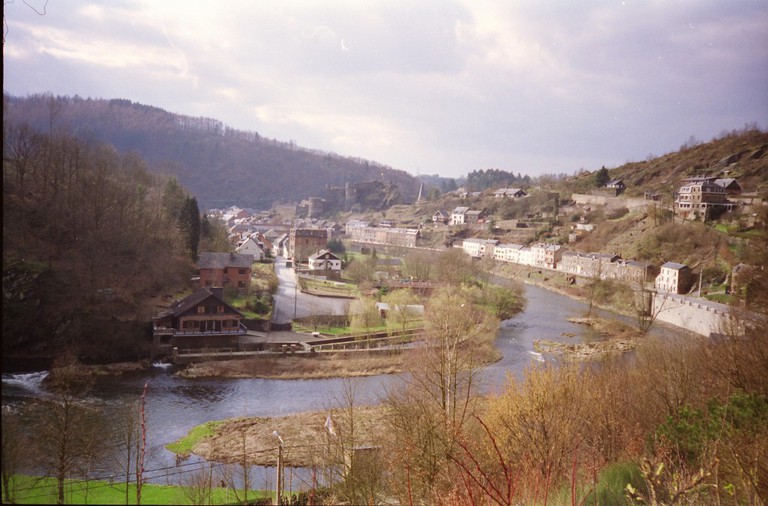 The Ourthe meandering through La-Roche-en-Ardenne, the castle ruins rising above in the background | © Rob Glover/Flickr

Not exactly a pearly white beach, but a charming green patch by the banks of the Ourthe nonetheless. On lazy, sunny days, la Plage de Magobe is aflutter with groups of friends barbecuing, picnicking families, and kids splashing around in the shallow water. It’s also the starting point for a kayaking trip that will allow you to peddle your way to even more scenic Ardennes sights.