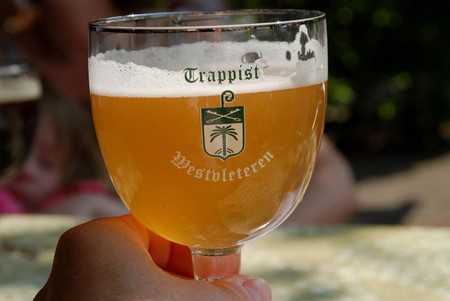 With over 150 active breweries and a wide arrange of styles and selections, the Belgians consider beer their specialty. Bars and pubs offer extensive beer menus that allow for the perfect beer and meal combo but there’s one you won’t find at just any bar, and it happens to be the labeled the best beer in the world. Tucked away in Westvleteren, Belgium lies the St. Sixtus Monastery Abbey where Trappist monks have been brewing exceptional beer since 1838.

The History of Trappist Breweries: How the Monks Started Brewing Beer

During medieval times, water was dangerous to drink, due to lack of proper filtering. Beer and wine were an important part of the everyday diet because it was, in fact, healthier than drinking water. In 820, the first template for the medieval monastic brewery was made. Monks, firm believers in hospitality and charity, brewed a different quality of beer per brewery, with the lowest called a ‘charity beer’, given to the poor. It is not truly known who was the first to add the ingredient, but in 822, there is record of a monk using hops in a beer recipe. Hops increases the shelf life of beer, keeping it from going bad, and also steadies the sweetness of the drink.

Trappist breweries were started by Cistercian monks. These were monks that left the Benedictine Abbey of Molesme for a more strict way of life. Cistercian monks focused on manual labor and developed farms with their own hands, many of which were vineyards. However, the main group of Cistercian monks started to decline and the La Grande Trappe Abbey in Normandy, France decided to start making reforms. In 1664, the Cistercian monks then followed in their footsteps and began to go by the name of ‘Trappists’.

Monastic breweries made their way into Belgium after the French Revolution, in which monks used the beer sales to maintain their abbeys. In the 1900s, breweries started quickly going out of business due to a massive influx of alcohol from foreign countries. In order to compete with the lower alcohol volume beers, the Trappists monks then chose to make a beer with a larger alcohol content and at a higher quality. Trappist beer popularity grew again when liquor was banned from bars in Belgium in 1919. In response, consumers turned to high alcohol content beers as a replacement.

The more fame the Trappist beers received, the more non-Trappist beers claimed to be the real thing. This led to legal action being taken. Today, there are 11 monasteries worldwide that brew Trappist beer: six in Belgium, two in the Netherlands, one in Italy, one in Austria, and one in the United States. In Belgium, there are only six beers allowed to legally use the title ‘Trappist Beer’: Chimay, Orva, Rochefort, Westmalle, Achel, and Westvleteren. All of them are brewed at their respective monasteries and marked with the Authentic Trappist Product logo. 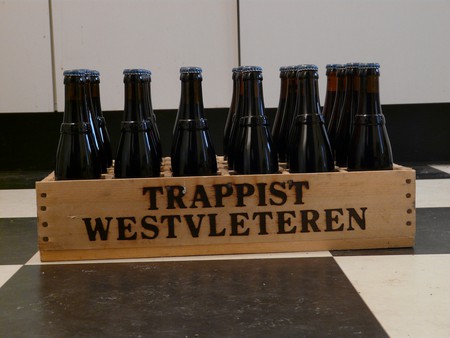 The Westvleteren Brewery and Its Mission

The St. Sixtus Monastery was founded by Trappist monks from the Catsberg Monastery in France in 1831. Seven years later, these monks began brewing beer for guests and visitors only. It wasn’t for just about another century, in 1931, that Westvleteren was available to the public for sale. Today, the monastic brewery employs just three secular workers for manual labor purposes. Brewing is done exclusively by the monks and out of the 26 Trappist monks that reside in the abbey, five run the brewery with an additional five to help with the bottling of the beer. Westvleteren brews about 126,000 gallons a year and for 70 days out of the year. The monks of the St. Sixtus Monastery only produce and sell enough beer to sustain their abbey. No profit is made off of these beers, and even as demand rises for their beer, production levels remain the same. They also have a strict no re-sale policy, printing this on every receipt; indeed, the monks only agree to interviews so that they can stress this strict policy to the public.

The abbey is located at Brouwerij de Sint-Sixtusabdij van Westvleteren, Donkerstraat 12, 8640 Vleteren, Belgium. But be warned: the abbey is not easy to find. When coming from Brussels, the recommended way of travel is by car, which will take an hour and a half. Traveling by bus is doable, but not recommended. You will find yourself taking connection to connection that could possibly rack up to about a nine-hour journey.

The brewery offers three different beers distinguished not by label, but by color of cap. Westvleteren has sold bottles without labels since 1945, with all of the information being printed on the cap. These are the only Trappist beers to not have a Trappist logo on the bottle. Instead, you will find them on the crates.

The beer was started on June 10, 1999 and was the result of a combination between two older options. It was introduced at the opening of the In De Vrede visitor’s center (see below for more detail). This beer can be served refrigerated that will have it take on a hazy shade of blonde. Flavors consist of strong malt and three kinds of hops and topped off with a fruity tinge. This beer leaves a strongly bitter aftertaste.

Formally called Westvleteren Extra, this beer has received plenty of critical attention, making its way onto several ‘Best Beers in the World’ lists. The ‘8’ has an amber, red-brown color and is topped with a large head. After the sweet and fruity scent, tastes include a full and sweet flavor, with a hint of malt and small amount of bitterness leftover.

Named the number one beer in the world for 2015 and several years before that, the Westvleteren 12, formally called Abt and Flemish Bourgogne, has made its way into the hearts of many beer lovers who can get their hands on it. Introduced in 1940, this beer continues to satisfy with a dark amber tone and very lacy white head. Flavors consist of nutty bends with a full, creamy-like malt emphasis and a bitter aftertaste. 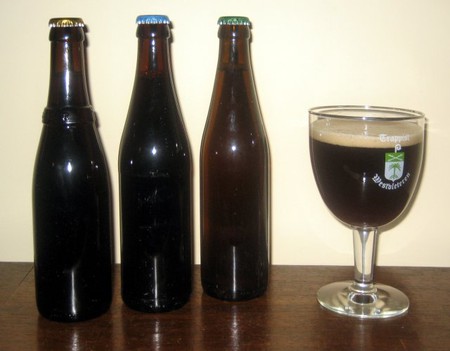 The three beers of Westvleteren | © Riflemann/WikiCommons

How to Acquire the World Famous Beer

Here’s the tricky part: if you are interested in buying this special beer, it is exclusive to the abbey and is only sold at two official sale points – the abbey and the visitor’s center. In order to get your hands on some of the world’s best beer is truly a delicate process. To acquire some Westvleteren, you must call the ‘beer phone’ and place a reservation 60 days ahead of time. The phone line tends to be busy with 85,000 calls coming in every hour. Once you finally get to talk to an individual at the brewery, you will give your license plate number and set up a date and time in which you can pick up your order drive-thru style.

While these methods may seem extreme, the monks are ultimately striving to eliminate commercial and illegal resales. There should be no pubs or bars supplying Westvleteren, and if they are, that means it’s considered a ‘gray market item.’ If you really can’t wait the 60 days, the abbey also owns a café and visitor’s center called In de Vrede, just across from the brewery, where beer can be bought on the premises to drink right away.

Unfortunately for Westvleteren enthusiasts, customers are limited to one case per person per 60 days. This policy is for two reasons: to reduce illegal sale and also because the brewery will run out out beer otherwise. When popularity rose, the demand spiked, but production levels still remain the same. The brewery makes 60,000 cases a year, which have been the same since 1946. This all ties back to the monk’s mission to produce only enough beer that will support their monastery. Therefore, raising the production levels for increased demand is not in the code book.

In June 2005, the Westvleteren 12 was voted ‘Best Beer in the World’ by RateBeer.com. This has become a reoccurring theme, with the Westvleteren 12 taking the number one spot multiple years in a row and the Westvleteren 8 appearing on top 100 charts as well. The Westvleteren 12 once again took the win on RateBeer’s 2015 list of best beers in the world. With such an increase in media attention, consumers and beer lovers became extremely aware that they needed to try the best beer in the world. This brought down inventory levels at the brewery, forcing the monks to slowly reduce the per person quota from three cases to two to one. 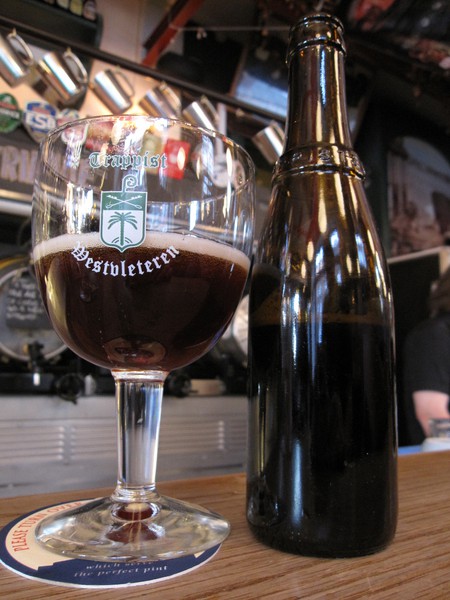 These Trappist monks have been brewing the best beer for centuries and continue to keep the tradition of monastic breweries alive and thriving. Pulling beer lovers from around the world to its hidden home in Belgium, Westvleteren Brewery remains a unique and integral part of Belgian history as well as their passion for beer.