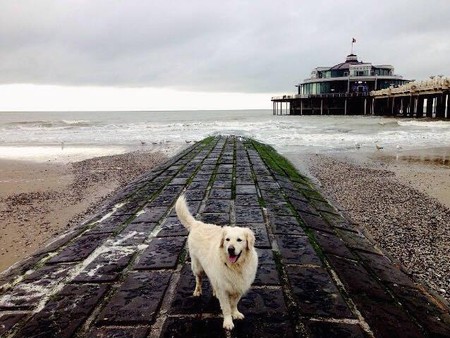 With one out of 10 Belgians being a proud pooch owner, Belgium can count itself among one of the most dog-loving nations in an already dog-happy Europe. The fondness for man’s best friend is noticeable from dog-friendly B&Bs in Bruges to special pet railway tickets to beach strips reserved for leash-free playtime alongside the ocean.

If dipping in and out of the North Sea is your best friend’s idea of fun, the Belgian beach towns are all for it. While some are more doggy-inclined than others, most will allow your four-legged friend on a designated patch of beach all day during the off-season between October and May, and on mornings and evenings during summer. Top tier doggy beaches include De Panne, where your pal is allowed to roam free on a third of the beach, and Knokke-Heist, where the whole thing is his free-running playground between October and March. 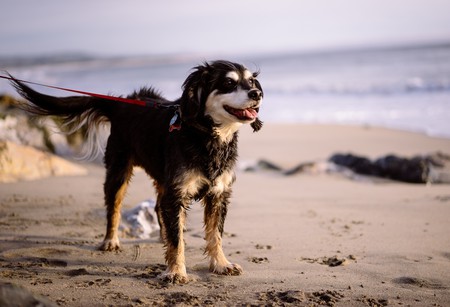 But no spot comes closer to doggy heaven than the strip between Ostend and Middelkerke, where it’s leash-free frolicking all year long. The so-called “Queen of the Bath Cities” treats its canine visitors like royalty as well, providing no less than nine designated doggy fields in the town itself. Lots of the oceanside towns have also started installing “doggy poop tubes,” and Koksijde even claims you’ll never walk more than 300 meters (.18 miles) with a dirty baggy in hand before coming across one of these lifesavers. 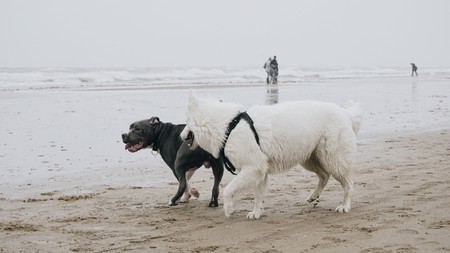 Dogs amidst the trees

A trip to the forested Ardennes almost couldn’t be more suited to the needs of active dogs like Huskies and Border Collies. Adventurously inclined dogs should have a ball romping around in colorful forests and splashing across shallow streams, while pups and smaller animals are content just lounging around with their owners in the region’s many dog-friendly cafés. Travelers heading to picturesque Durbuy can take their pet to admire the elephant and Pamela Anderson-shaped topiaries. Another particularly pooch-adoring town is Dinant, where dogs are allowed at numerous close by attractions such as its citadel, the theme park Plopsa Coo, the 17th-century water gardens Les Jardins d’Annevoie and the Cave La Merveilleuse. Tons of adventure parks, ruins, and other Ardennes sights where dogs are allowed can be found here. 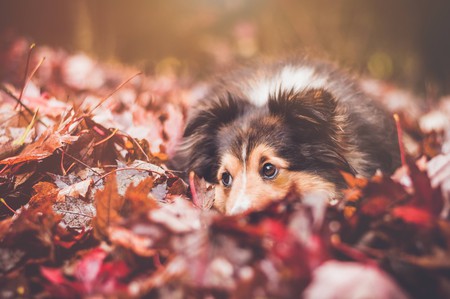 Into the woods | © Rachel Omnès / Unsplash

Riding the train with your best friend

Living in a country of 1.5 million pooches, Belgians aren’t shy about taking their best friend on a day trip, nor should they be. NMBS, the national railway company, welcomes well-behaved pooches in all shapes and sizes aboard as long as they’re on a leash. Little dogs hop on for free, and Berner Sennenhund-sized specimens pay a maximum of 2.50 euros extra. Owners who plan on traveling with their best friend a lot can even get him a 10-ride card of his own, or add him to their subscription. 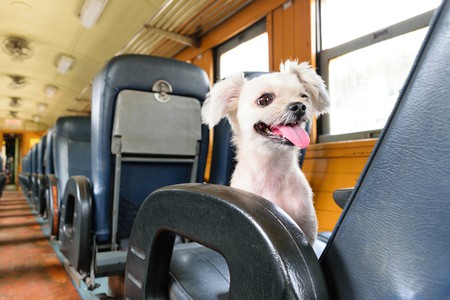 The most dog-friendly towns and regions

As far as popular travel destinations go, Bruges and Ghent are particularly good at welcoming tail-waggers. Bruges’ dog-friendly boutique B&B The Doghouse even explicitly targets doggie travelers and their owners, providing a cozy dog lounge off the dining area, playtime with the owners’ gentle hound duo, and even Belgian dog beer on the side of your pup’s snacks so that he won’t miss out when you’re sampling the local specialties. For over a decade, the B&B Côte Canal next to the Langerei, one of Bruges’ most picturesque canals, became known for its dog named Fidèle (who has since passed away), who would spend his days in his favorite spot by the waterfront window. Tour guides would introduce travelers to Fidèle with joy, and the careless fellow has even been immortalized through an appearance in the essential cult flick, In Bruges. 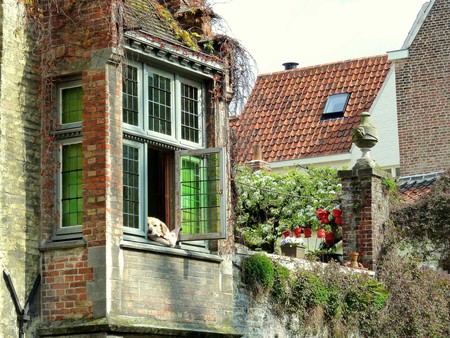 People from Ghent—true to their hospitable character—often stand at the ready with drinking bowls and a treat or two when you enter their cafés and taverns with a four-legged buddy in your trail. And while Antwerp’s establishments are a little less likely to scrounge for snacks, their beautiful Middelheim sculpture park and Rivierenhof park, where dogs are allowed, make up for a lot.

Pet passport: how to get your buddy to Belgium

Traveling to or from Belgium, your trusty companion must be microchipped and vaccinated against rabies at least 21 to 30 days before (in that order). Given that pups can only be vaccinated starting at three months, young dogs must be at least 15 weeks old to enter. The microchip has to be ISO-compliant, or you’ll need to bring your own scanner. The only other form of valid identification is a legible tattoo, provided it’s been placed before July 3, 2011. 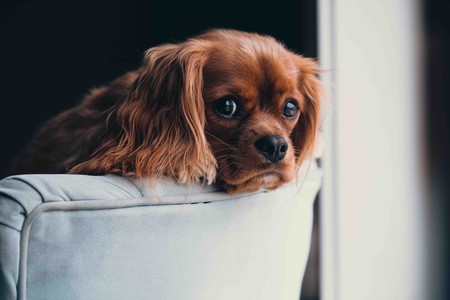 Puppies can enter Belgium at 15 weeks old, after being micro-chipped and vaccinated | © Andrew Branch / Unsplash

Belgium welcomes all dog breeds, and EU nationals can travel freely within the European Union with an updated European pet passport, attainable at any authorized veterinarian (whether easy-peasy dog trips to the European mainland will become a Brexit casualty remains to be seen). More information on EU regulations regarding pets can be found here. When traveling from outside of the European Union, you’ll need an alternative certificate. The safety prescriptions differ for the country of origin, especially if it’s listed among the “high-rabies countries” as determined by the EU.