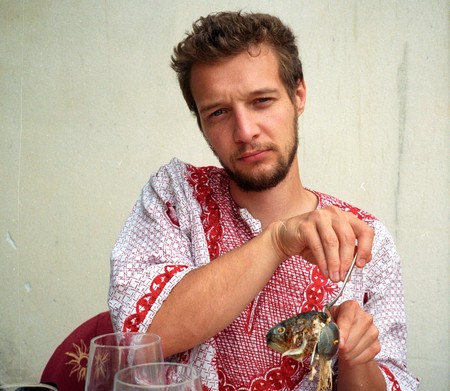 Vincen Beeckman works with still images and people to create intimate stories. By exploring the notions of identity and society, Beeckman discovers new dimensions and open up new definitions. Through analogue media and conversation, he investigates what it means to exist, to just be in the everyday, without being exceptional or beautiful, or complex. Paradoxically, he finds special in the ordinary, normal – in the borderline.

Born in 1973, the Belgian photographer lives and works in Brussels. His solo career is intertwined with his role as a photography curator and community projects organizer at the art center Recylart. Beeckman collaborates with diverse art and social institutions in Brussels including Bozar, Botanique, Halles du Scharbeek, Wiels, etc. 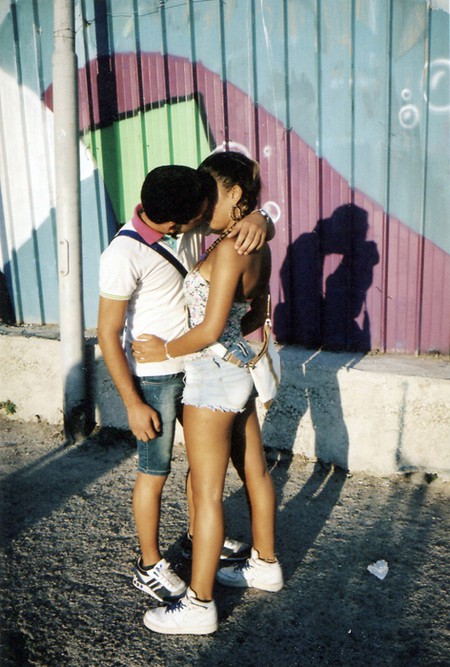 Beeckman did not begin his photography career until the age of 18, or perhaps 20. Until then, all he did was play basketball, but somehow ended up in a journalism school, which is where he began classes in writing, video, graphic design and photography. Everybody seemed to like his pictures, which is how he discovered his flair for photography. He went on to join the collective of young photographers Blow-up, where the creative exchange and the discovery of color as a powerful element turned his artistic praxis into what it is now – approaching people, exchanging stories and creating relationships. 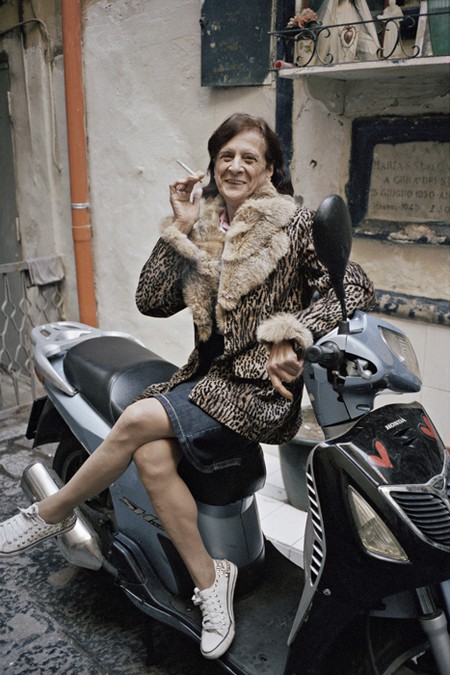 Fascinated by everyday life and ordinary people, the idea of connecting is what truly excites Beeckman. He admits he has difficulties photographing landscapes, because he can’t be close to them and that is why cities attract him; cities are where he can meet people. He explores the world, creating photo essays of cities by capturing the faces and details of the little things: Brussels, Riga (Photomaton), Saigon (Lost in Saigon), New York (N.Y.) and Naples (Edenlandia). 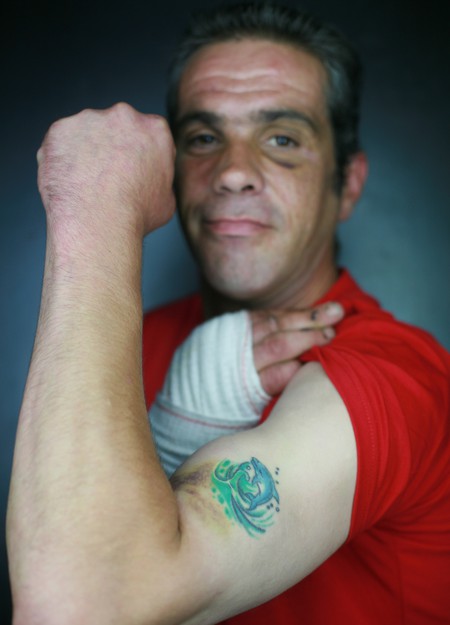 Beeckman approaches people that attract him in a way and begins a conversation, follows them around for a while, stays in touch and works on the connection, sometimes it may take up to one or two years to take a picture.

‘How do I choose the people? I can’t say. I just see the person, the way he is dressed, the way he looks, if he is a bit strange or special, or even not special, his attitude, the way he moves his body. And I say to myself this can be a nice picture. And when you speak to someone you just feel there will be something good in the end. I cannot say why but something happens with such a person. If I don’t feel it, it doesn’t work,’ shares Beeckman.

His favorite part is giving the picture back to the person, so they can put it up on their fridge or in their wallet, even if it gets a bit destroyed. 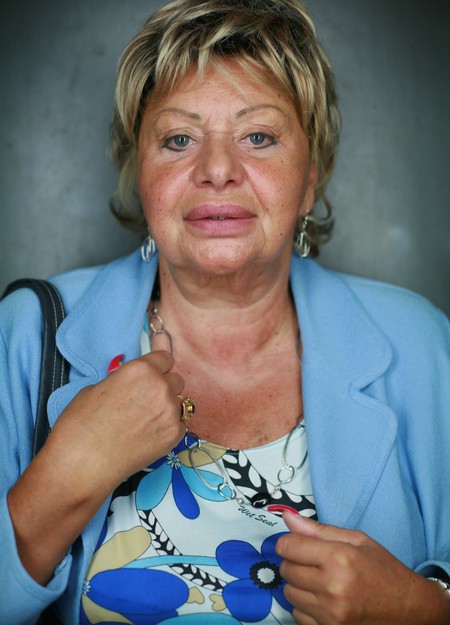 One of his most fascinating projects is the installation Fotomaton which has traveled to many countries (Belgium, France, Germany) and has captured many faces and stories. It is a magical box created by Beeckman and the team of Fabrik in Recyclart as a reaction to the new digital photo booths which replaced the old-school way of taking pictures for documents.

Beeckman is longing for the analogue – the personal touch, the small differences, the defects even. To him, that is what makes Fotomaton special. Fotomaton may seem like just a machine, but it is actually the complete antithesis. The artist is inside and brings it to life: he starts a dialogue and people tell him stories, while he takes a momentous image. ‘I just like to have some games, to play with photography, and not make it boring. Connecting with people and having experiences, that’s what I like the most’.

A project with Blow-up is what took him to Recyclart by chance and one day he found a leaflet for a job offer in the copy machine. They wanted somebody to document the area and the community of the Marolles, where the art center is located. They hired him and he has been reflecting the mixture of identities through photography ever since. 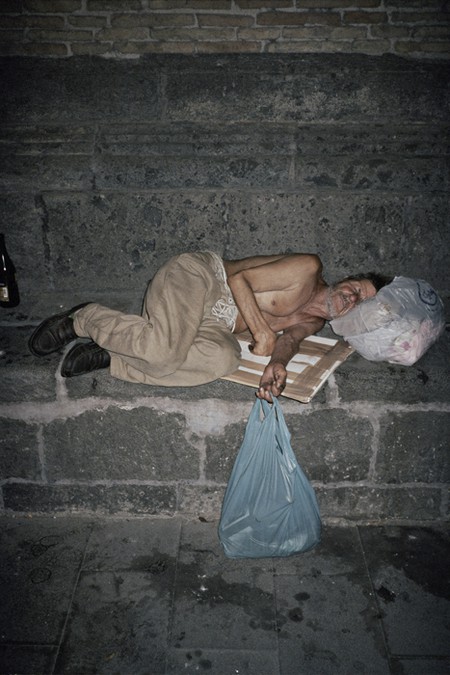 This has been the drive for his community work. He has an affinity for people on the outskirts of society – refugees, prisoners, old people, crazy people, drug addicts, and homeless people. They live close to the edge of normality or what we perceive normality to be. Beeckman brings out the creativity in them by giving them a camera or letting them play music, or helping them create a magazine. 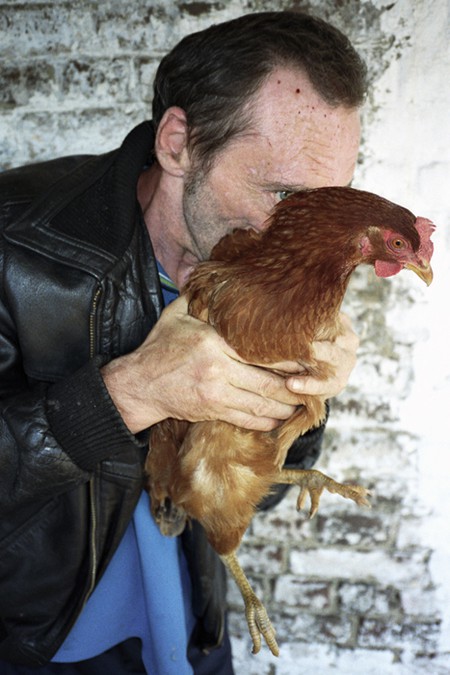 From helping prisoners in Poland create a newspaper filled with their drawings and dreams, to helping senior residents of an old nursing home make their last wishes come true, Beeckman’s desire to connect with others have paved the way for unique artistic projects. Beeckman’s interest to understand the past is also visible, such as through his work Bijueax de famille, where he based the project on old photo albums found at the Jeu de Balle flea market.

His latest project involved getting acquainted with the refugees in the Le Petit-Château (the place they arrive in Belgium before getting documents), by turning them into photographers and hosting a party where they were the DJs, playing and dancing to music from Iraq to Albania, from Afganistan to Senegal.

Individuals can see some of his work with refugees in May in Bozar, where as part of the youth project Next Generation, Please, Beeckman is putting together a magazine in which unaccompanied minors from the refugee center talk about their country of origin and host country. In June 2016, Art & Marges opens yet another exhibition as a result of his community work – Cracks– a collaborative project involving the homeless sleeping on the streets of the Marolles. 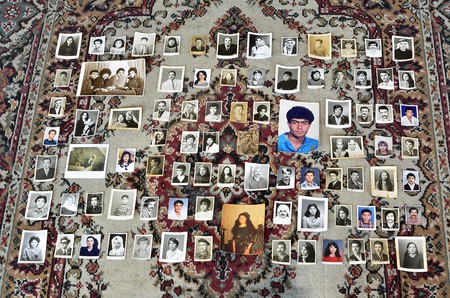 Beeckman also takes a lot of autoportraits, mostly in an unusual position or a funny situation. He doesn’t do anything special or staged, they are just situations taken out of his real life – on a trip, in a hospital or with his children. Sometimes these situations feel special and he intends them to be akin to a souvenir. He has all these little memories of life; he looks at them now and again and remembers. Isn’t that how photography was born, after all? A medium to help us remember, to help us not forget.