Villa Empain in Brussels, Belgium is a beautifully restored Art Deco masterpiece that successfully serves its original purpose: to be a center for art and dialogue between the cultures of the East and the West. In this feature, Culture Trip delves into the history and development of Villa Empain, from its construction in the 1930s to its restoration by the Boghossian Foundation in 2008. 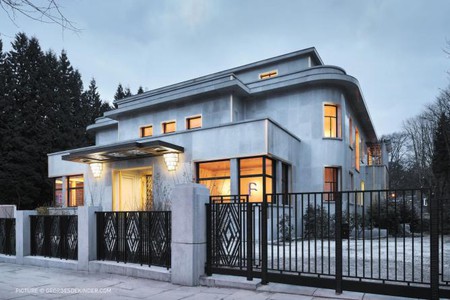 Entering through the imposing wrought-iron doorway of Villa Empain transports you back into Belgium’s rich history. Villa Empain is the perfect example of the lavish, visionary architecture championed by Michel Polak, a key figure in the Brussels art deco movement. He also designed the luxurious housing complex Résidence Palace (unique in its time, and designed to accommodate Brussels’ bourgeoisie and aristocracy), the George Eastman Dental Institute, and the Anspach department store.

Let’s head back in time. The post-Leopold II gorgeous city called Brussels was booming with a sophisticated middle class and a cosmopolitan aristocracy. Édouard Empain, who started as an apprentice draughtsman, took his chances in the rapidly industrializing Belgium of that time. He became an extremely wealthy businessman and a close friend of Leopold II, whom he helped with the construction of a railway network in the Congo colony, starting from Stanleyville. 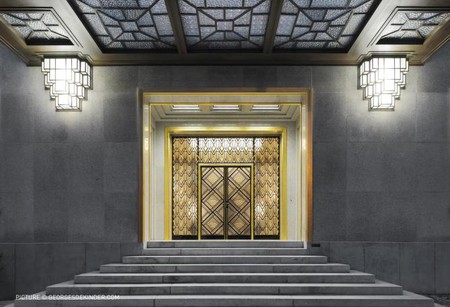 In 1930, at the age of 22, Louis, one of Édouard’s sons, entrusted the Swiss architect Michel Polak with the construction of his villa. The place chosen was located on the majestic Avenue des Nations (currently Avenue Franklin Roosevelt), just opposite Bois de la Cambre. This was one of the avenues connecting the heart of Brussels with residential areas, where the well-off enjoyed a quiet and comfortable way of life.

1935 meant the end of the works. The result was the 2,500-square-meter masterpiece of art deco architecture that we know and that has survived – with many alterations – until today.

Villa Empain is the perfect example of the Gesamtkunstwerk, or total, work of art, where exterior and interior exist in a harmonious union, in a constant dialogue that makes every single piece fit together into a greater whole. 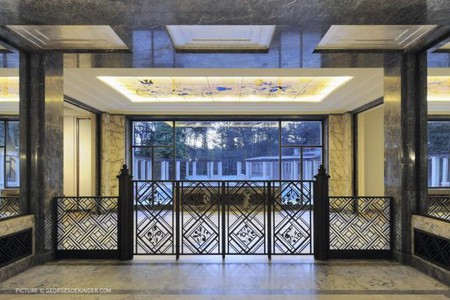 Nevertheless, the main design element is a non-visible one: the light. Two floors in a quasi-square plan with the ground floor are elevated on the side of Avenue Franklin Roosevelt. This allows the upper floors to receive natural light and adds interest to the ensemble. Similarly remarkable, once you push the main door open, the whole villa opens before your eyes as the entrance hall is completely transparent. The visitor immediately encounters the calm grandeur and elegance that the villa exudes.

The choice of materials, both for façades (polished granite with 23 carat gold trim and brass corned beads) and for the interiors (Escalette and Boisjourdan marbles, rosewood and oak, ironwork) are equally sumptuous. 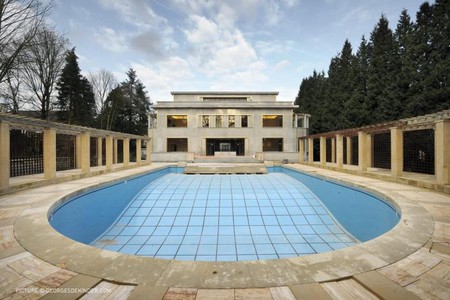 The swimming pool deserves to be in a category of its own. In blue mosaic and surrounded by a pergola-covered terrace, it was one of the most modern of its time. Additionally, it was supplied with water from the city and included thermostat-controlled heating.

Throughout the years, the villa has remained steeped in history and intrigue, making a visit there even more exciting. In 1937, barely three years after its completion, the Baron donated the villa to the Belgian state. Its aim was to establish a Museum of Contemporary Decorative Arts, under the auspices of the Louis Empain Foundation.

Unfortunately, World War II brought an end to plans for the museum, as in 1943 it was requisitioned by the German Orstkommandantur of Brussels. Little is known about the activities of the occupiers of the place. 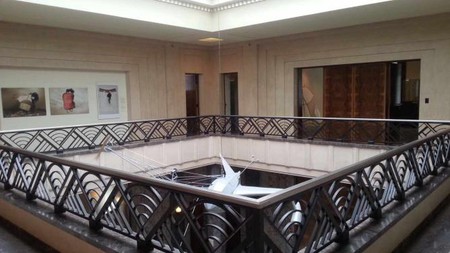 Fascinatingly, when the war ended, Paul-Henri Spaak, minister at that time, unilaterally decided to hand over the villa to representatives of the USSR for them to establish their embassy there.

This decision was challenged by the Empain family as it did not respect the conditions of the donation – its exclusive use as a museum. In 1964, the Baron got his property finally back. In 1973, the Louis Empain Foundation organized in the Villa different exhibitions, mainly devoted to kinetic art and op art. Yet it all ended when the villa was sold to private investors. 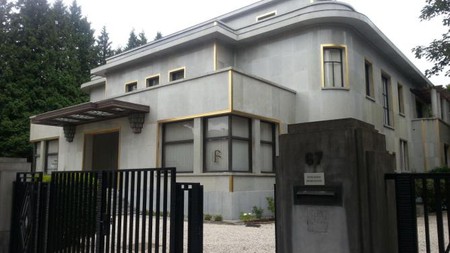 From 1980 to 1993, it even hosted the Belgian headquarters of Radio-Télévision-Luxembourg (RTL). The bathroom on the first floor was demolished, with the owner’s agreement, in order to suit the growing needs of the media company. Fortunately, it was returned to the family in a decent state.

Yet the darkest period of the Villa started then, as the Villa was partially destroyed and suffered from many acts of vandalism, despite having been placed, in 2001, on the list of Brussels’ heritage sites to be protected. The Boghossian Foundation acquired it in 2006 and intense restoration work commenced in 2008. The villa has now been restored to its former glory and serves its original purpose: to be a center for art and dialogue between the cultures of the East and the West.