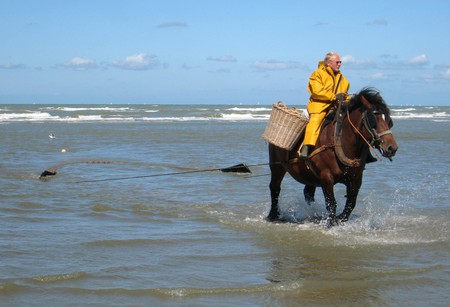 When trying to understand where Belgium gets its quirky reputation, looking at its animal-related rituals and festivals can go a long way. Carnivals where teddy bears rain from the sky, folkloric dragon-slaying festivals and special pet funerals all betray a genuine fascination with the animal kingdom.

Feline life in the city of Ypres has shifted from perilous to wonderful. Every three years, the second Sunday of May is reserved for the Cat Parade in which immense floats and cats like Minneke Poes make their way through the streets of the medieval city while an international audience of cat enthusiasts cheers. But when the jester starts throwing plush cats off the 70-meter-high belfry in the festival’s culmination, we get a glimpse into the tradition’s cruel roots. In medieval times, it was live cats, not toys, being chucked off the city’s highest tower after they’d done their job of ridding the precious Cloth Hall of mice and rats. Luckily, a remorseful Ypres saw the errors of its ways in 1817 and made it up to the feline race by establishing a new, much cuddlier tradition in the 30s. 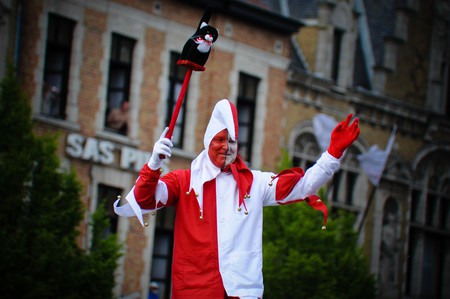 The Roaring Carnival of the Bears

While Ypres’ locals and international visitors do their best to catch a plush cat, it’s teddy bears that regularly rain down in Wallonia. Each March, the good people of Andenne celebrate their mascot, the bear, by dressing up in furry costumes, dancing around a parade of over 40 floats, blasting tons of confetti in the air, and having an all-around great time. So why a bear at the center of all the gaiety? Legend has it that Andenne’s 8th-century ruler, Charles Martel, killed a particularly terrifying one with a hammer at the age of nine because it was terrorizing the town. Despite this bloody past, Andenne has embraced the animal since, and local kids go mad for the hundreds of teddy bears that the Carnival’s King and Queen fling off City Hall’s balcony every year. 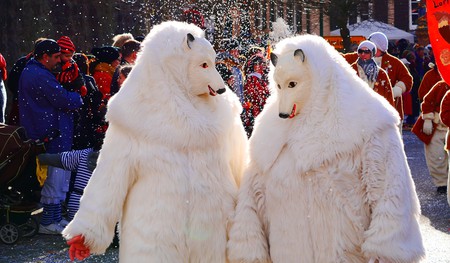 The Traditional Shrimp Fishing on Horseback

Dressed in their signature yellow rain parkas and sitting atop draft horses in the North Atlantic’s surf, the Oostduinkerke shrimp fishermen are a sight to behold. They are the last of their kind, and their whole operation stands and falls with their equine colleagues. For over five centuries, the fishermen have been relying on the power of sturdy Brabant horses to drag nets across the stream and bear the weight of large wicker baskets and their fisherman. Of the thousands of households that used to ride out all along the coast, there’s just a smattering of them left in Oostduinkerke. While the tradition is hardly profitable anymore, it’s still cherished and celebrated with the two-day Shrimp Festival every summer, and three years ago, it received the UNESCO-label of Intangible Cultural Heritage. 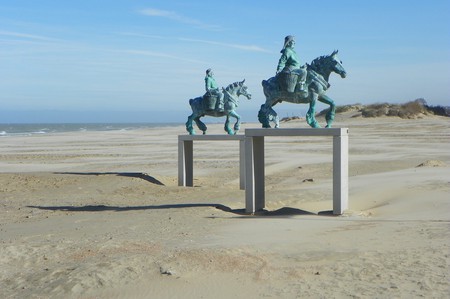 Known by locals as ‘la Doudou’ and more formally as the Ducasse de Mons, the dragon-slaying festival in the capital of Hainaut is as folkloric as they get. On the first Sunday after Pentecost, it all starts with the Procession du Car d’Or, a ritual that parades around the remains of Mons‘ patron saint, St Waudru. When the lush, gilded cart that carries her shrine inevitably gets stuck on the steep cobbled hill leading to the city’s main square, people jump to push and help the horses get the wagon up. Then around noon, the real entertainment gets started. In a precisely choreographed fight called the Lumeçon, an almost 10-meter-long dragon is trotted out to brawl with not only Saint George on his horse but the public as well. Those brave enough to grasp hold of one of the hairs on the dragon’s tail will find themselves lucky all year-round. For feisty kids, there’s even the Petit Lumeçon, a smaller version of the big rumble. 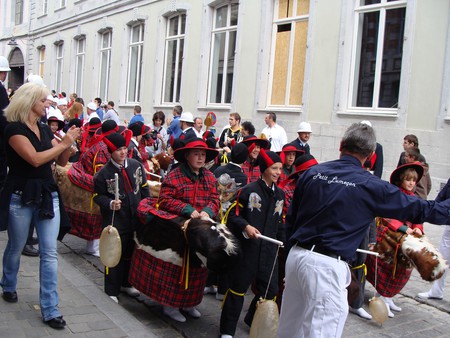 Mons' kids on their horses, gearing up for their turn to take on the big dragon | © ines s./Flickr

The loss of a beloved pet can send an owner spinning, and the Brussels business Animatrans is all about taking that pain seriously. Working exclusively with animals, the funeral home offers Belgian pet owners surprising ways to deal with their grief. From the more common pet wake or funeral where the family can gather to say goodbye to the stuffing of a pooch or bunny so that it will be permanently by your side, Animatrans and their taxidermist work hard to make the send-off more bearable.