This Country Has Just Made Its First Conviction for Sexism, and the Man Had to Pay a €3,000 Fine 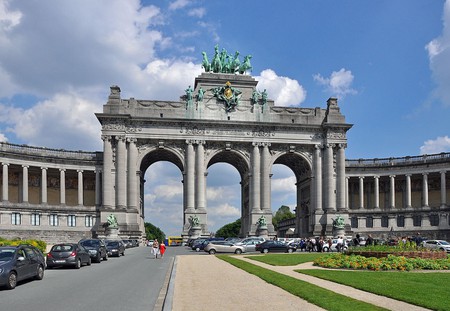 Triumphal Arch of the Cinquantenaire in Brussels | © Marc Ryckaert/WikiCommons

Cat calling and wolf whistles are a daily reality for many women around the world. But in Belgium, this behaviour now has concrete legal consequences.

The country has just made its first conviction for sexism, under a law that criminalises being sexist in a public place.

Triumphal Arch of the Cinquantenaire in Brussels | © Marc Ryckaert/WikiCommons

He was pulled over for violations of the highway code and during his arrest, the unnamed man insulted the officer about her gender.

He was convicted of a ‘serious violation of the dignity of the person because of her sex’, and ‘the use of threats’ by a Brussels criminal court, and was warned that failing to pay would result in a night in prison.

The sexism law was created in 2014 after a documentary exposed the abuse that women face on the streets of Brussels. Femme de la Rue, created by film student Sofie Peeters, was filmed using hidden cameras and shows the sexual harassment rife in Belgium’s capital, from wolf whistles to catcalls.

The outcry Femme de la Rue provoked led to the introduction of the bill, which defines sexism as an action or comment that is ‘intended to express contempt’, implies someone is inferior because of their gender or is meant to ‘reduce someone to his or her sexual dimension’. It’s possible to prosecute an offender if there’s been a ‘violation of someone’s dignity’.

The law has faced criticism, as there is no similar legislation against racism (although it is a criminal act to incite racial hated and violence) and the broad definition could infringe on freedom of speech.

Spokesperson of the public prosecutor’s office for the district of Halle Vilvoorde Gilles Blondeau said: ‘This is the first time we have used this law to prosecute someone. It is quite common for people arrested by the police to insult and threaten. But to personally blame a policewoman because of her sex is special. It was a good case to test this law: a concrete and very clear case, with many witnesses.’