These Belgian Bars are Warding off Glass Stealers in Innovative Ways 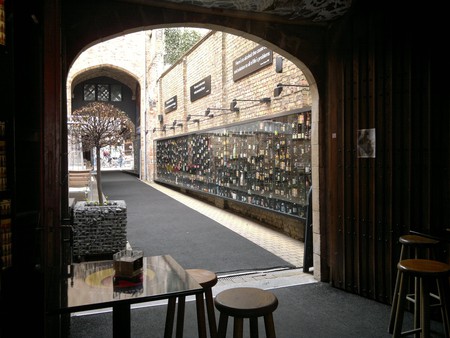 Bars in Belgium are fed up with customers stealing their beer glasses and are taking innovative measures to stop their glassware from getting swiped.

Philip Maes, owner of the 2be bar in Bruges, famous for its Beer Wall, told Belgian newspaper Het Nieuwsblad how he loses at least 4,000 beer glasses to kleptomaniac customers every year. According to Maes, tourists are especially keen on walking out the door with them. ‘Some customers seem to think that when they pay for their drink, they get the glass as a present,’ he says. ‘We also have our own shop next door that sells beer glasses, so every time one gets stolen from the bar, that’s a loss of income for us.’

To stop the theiving, Maes has installed a €4,000 alarm system with a scanner at the door. ‘We’re not going to run after you when the alarm goes off, but we do hope visitors will return our property when alerted.’

Bar De Dulle Griet in Ghent, also in Belgium, takes a different approach to stop tourists from nicking their pricey glassware. The café serves a beer called Max, which comes in a distinct tall 1.2-litre glass with a wooden handle. Everyone who orders a Max has to take off their shoes and put them in a basket, which is lifted to the bar’s ceiling until the glasses have been returned to the bar!

Owner Alex Devriendt told Het Nieuwsblad the basket has become an attraction, but seems to do the trick. ‘The glasses are quite expensive because we have them made especially for us.’ Devriendt understands tourists want a souvenir, but is quite surprised by the audacity of some visitors to his café. ‘I have seen people try and rip old advertising signs off the wall. Especially in winter, when people wear thick coats, a lot of stuff disappears.’ 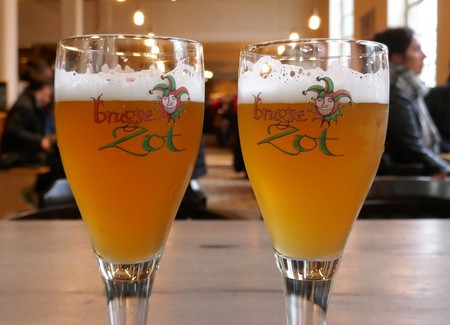 The glasses from Brugse Zot are especially prone to get stolen. | © Henry Burrows / Flickr / Derivative from original

Belgium is home to almost 1,600 different types of beer and almost all of these come with their own distinctive glass, some of which are very popular with light-fingered tourists. The distinctive glasses for Bruges beer Brugse Zot and the curiously shaped tumbler for Kwak beer are especially prone to vanish in customers’ bags or under their coats as they walk out of a bar.

Most breweries regularly include stocks of their specific glasses for free with wholesale orders, but their supply is not unlimited. When a lot of glasses break or disappear, bar-owners will have to pay to get replacements.

In the summer of 2013, Dream Bags Jaguar Shoes bar in London’s Shoreditch was the first European bar to test case anti-theft glasses. The specific glassware for Swedish cider brand Kopparberg was disappearing from bars at such an alarming rate, the company had trouble keeping up with demand from venues serving their brand. 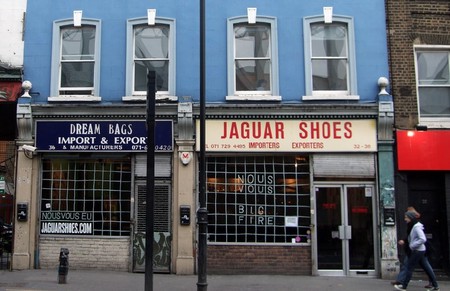 Kopparberg then teamed up with Dream Bags Jaguar Shoes and provided the London bar with glasses that had custom security tags around the body of the pint glass. The slogan: ‘I know it rocks but please don’t steal it’ was imprinted on the black locks. The tags would explode and release drinkable ink whenever a glass was taken more than 100 feet (30 metres) away from the bar.

The experiment was short-lived because customers were not amused to find their clothes getting stained with ink if they moved too far away from the bar! There were also a few reported incidents of tags exploding or leaking by accident. A spokesperson for Kopparberg later called the incidents ‘unfortunate’, and referred to the security tags as ‘a gimmick’ and a ‘promotional stunt’.