The Top Museums in Bruges, Belgium to Visit 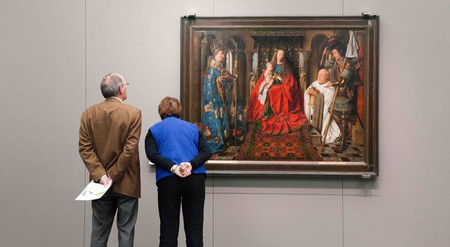 Idyllic Bruges breathes history and has no trouble cementing that golden oldie reputation with one renowned museum after another. Cultural temples dedicated to the Flemish Masters and religious houses boasting work by Michelangelo himself inspire awe, with a couple of oddballs thrown in for good measure.

Six centuries of Flemish paintings adorn the Groeningemuseum. Sitting in the lap of the Dijver, one of Bruges’ particularly lovely canalside areas, it enjoys an international reputation for its rich collections of Flemish Primitives and Renaissance works by other artists from the region. This museum no doubt holds the crème de la crème of oil painting from the Middle Ages, including canvasses from the likes of Jan Van Eyck and Hans Memling that depict medieval Bruges and its elite in all their resplendent glory while maintaining a realistic approach. If it weren’t for other museums that deserve your time, it would be all too easy to drown in the brilliant colours and endless detailing in Van Eyck’s The Madonna with Canon van der Paele or Gerard David’s The Judgement of Cambyses. 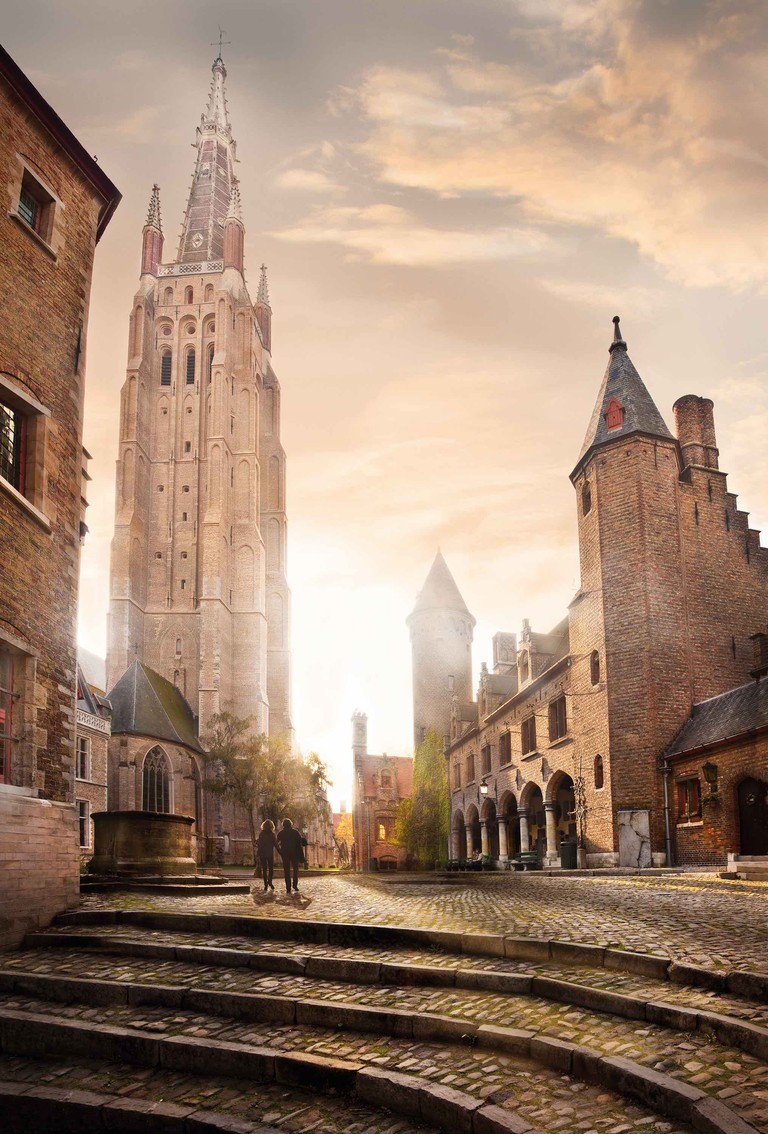 Church of Our Lady of Bruges | © Jan D'Hondt / courtesy of Visit Bruges
People come to the Church of Our Lady – visible from afar thanks to its soaring tower – for the art, Michelangelo’s art to be more exact. The 13th-century house of worship boasts the only statue of the Renaissance man that ever left Italy during his lifetime. The white marble sculpture shows Mary with the Child Jesus. At one point, the Nazis stole it, but the Monuments Men rescued and returned it to its rightful spot in its Gothic home. Also well worth viewing is the triptych The Adoration of the Shepherds by local Renaissance painter Peter Pourbus, whose artist family takes up an entire room in the Groeningemuseum, and the stone and bronze tombs of Charles the Bold and his daughter Mary of Burgundy.
Open In Google Maps
Mariastraat, Brugge, Vlaanderen, 8000, Belgium
Give us feedback

Owned and curated by a self-proclaimed vampire, you’d be forgiven for entering The Lucifernum with trepidation. Willy Retsin, a true blue Bruggenaar with a heavy flamboyant streak, has redesigned a Masonic lodge to double as both his home and a museum. Indeed, every nook and cranny in the candle-lit place spills over with fascinating objects, though anyone would be hard-pressed to trace the origins of the mystical paintings he has crowding the walls or of the overload of sculptures of man, animal, and something in between staring out from every corner.

In keeping with the vampire rumours, this ethereal temple is only open for viewing – and rum-based cocktails – at night. Ring the bell on Sunday at 8 pm and be let in by Willy himself, always the gentleman in a striking black tuxedo. Emerge back into Bruges’ peaceful evening air three hours later, still blinking from a decadent attack on the senses that has to be experienced to be believed.

Together with the Beer Museum and the world’s one and only Fry Museum, Choco-Story completes Bruges’ trifecta of food-themed museums. Its intimate permanent exhibit tells the 4,000-year-old tale of chocolate, from its role in Mayan and Aztec beverages to its popularity surge thanks to the industrial revolution, and eventually to the delectable forms that Belgian chocolatiers have since created. 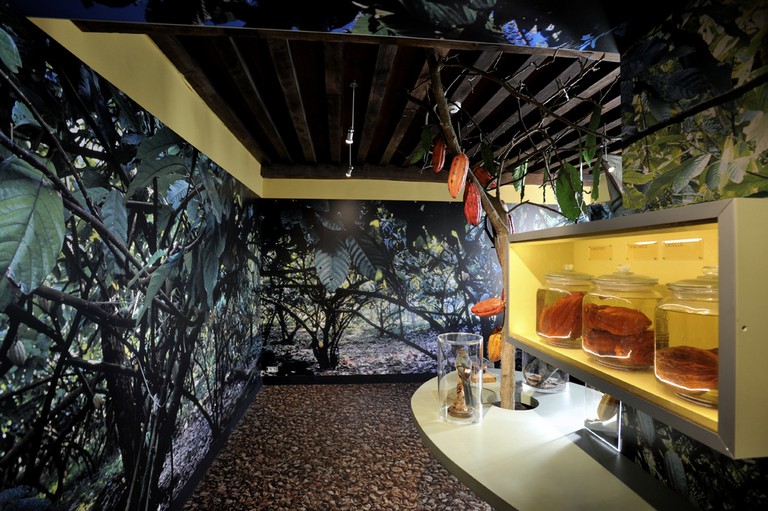 Across the street from the Church of Our Lady and pervaded with 800 years of care, the 12th-century Saint John’s Hospital displays frightful-looking surgical instruments alongside religious works of art. Its main patient ward used to be a constant hubbub of nuns and monks running around between sick bays, looking after the bodies and souls of weary pilgrims and sick locals. The layout of this grand infirmary still resembles that of medieval days, only now instead of little patient cubicles, there are screens showing historic nurse’s robes and 18th-century paintings of physicians.

In the chapel area, hailed Flemish master and Bruges citizen Hans Memling has a tiny museum dedicated exclusively to six of his works, including the magnificent wood reliquary of St Ursula. A remarkable detail: four of the pieces were commissioned for the hospital, meaning they haven’t left their original 15th-century spots.