The Best Hotels in Leuven, Belgium 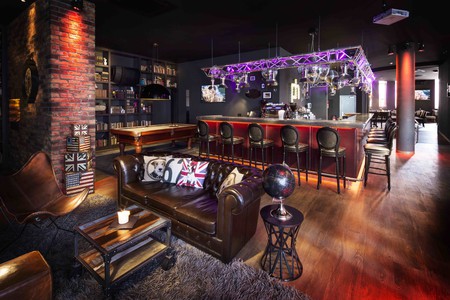 An ancient university and a youthful student population make bike-friendly Leuven a popular destination. Just 25 minutes from Brussels on the high-speed train, the city combines neogothic architectural masterpieces, innovative galleries and characterful bars with miles of urban woodland and the country’s oldest botanical gardens. Belgium is known for its craft beers, and nowhere more so than Leuven, where Stella Artois was first brewed in 1926. There are currently 30 different breweries producing hundreds of different ales across the city. Whether you’re here for the beer, the culture, the forest or a mixture of it all, here are the best hotels to make your stay memorable. 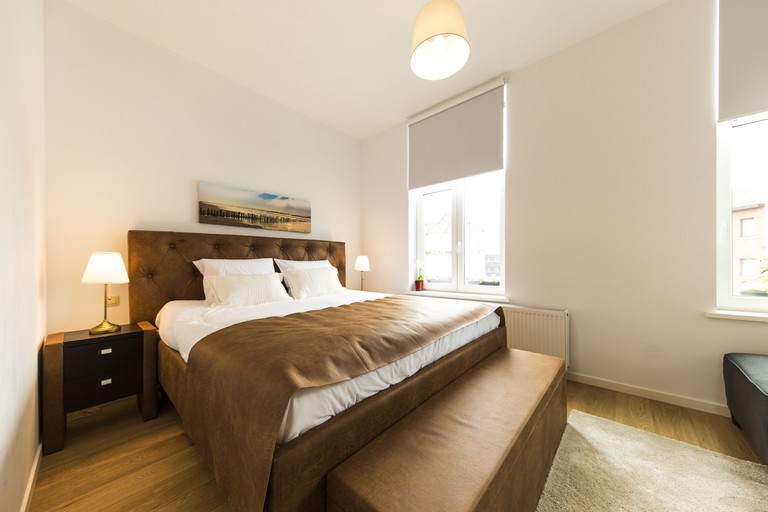 This boutique bed and breakfast on the outskirts of Leuven has four understated rooms with velvet covers and deep baths or rain showers. Have breakfast on the chequered floor of the outdoor terrace under baskets of petunias. Later, you can order salads and samosas from an inventive takeaway menu. Among the local shops and cafes there’s a bakery a few doors down, and a welcoming gay bar on the corner. 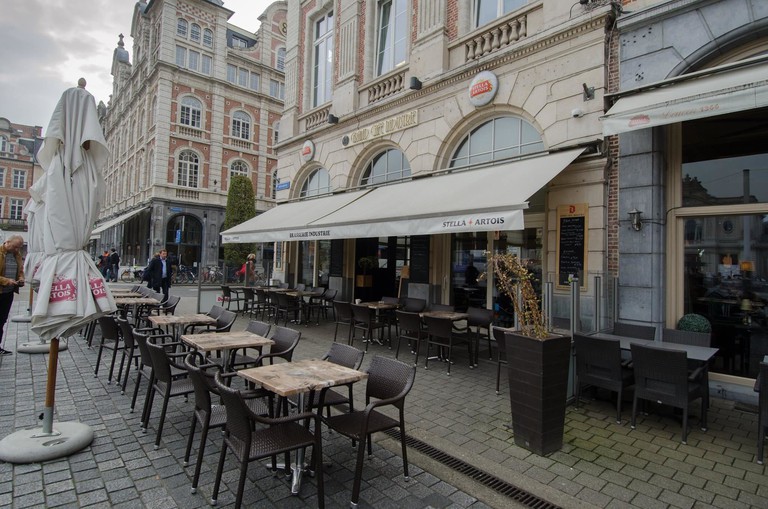 Overlooking Martelarenplein, the big square in front of Leuven’s train station, Hotel Industrie has 16 functional bedrooms and a Grand Cafe offering a buffet breakfast. The main squares, with their ornate gabled houses, are a 20-minute stroll along Bondgenotenlaan. Chicory soup or hearty game stew are on the supper menu to refuel you afterwards, and the spacious plaza with its outdoor cafes and striking peace memorial is a great place to sit out and watch the crowds go by. Lots of other evening choices are on offer, with music at the Depot concert hall on the corner, creatively trendy cuisine and fancy wines at Fragma a few doors down and Belgian classics such as sole meunière with fries at Gloria in the old cigar factory on Arnould Nobelstraat. 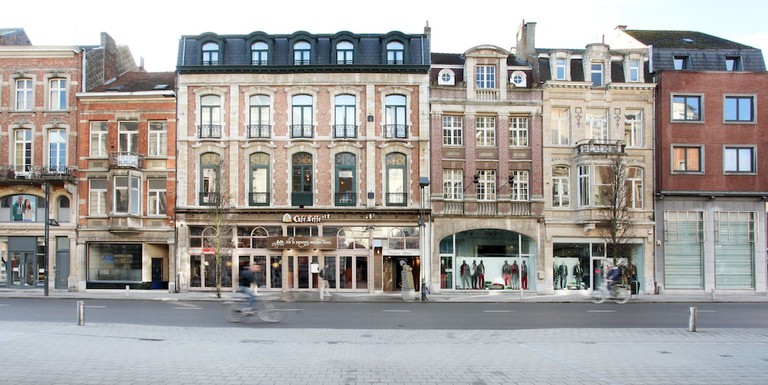 Courtesy of Theater Hotel / Expedia
View Rooms
The complimentary generous breakfast buffet at the Theater Hotel is taken in a long dining room where light pours in through arched French windows past wrought-iron balconies and ceiling-high indoor plants. This stylish hotel in the heart of town has 21 spacious, minimalist bedrooms. A varied line-up including circus, cabaret, comedy and dance is on offer at the Stadsschouwburg concert and theatre hall, just across tree-lined Bondgenotenlaan, while the striking M Leuven is nearby too, a modern-art museum opened in 2009 and designed to blend old buildings with bold postmodern architecture.
More info 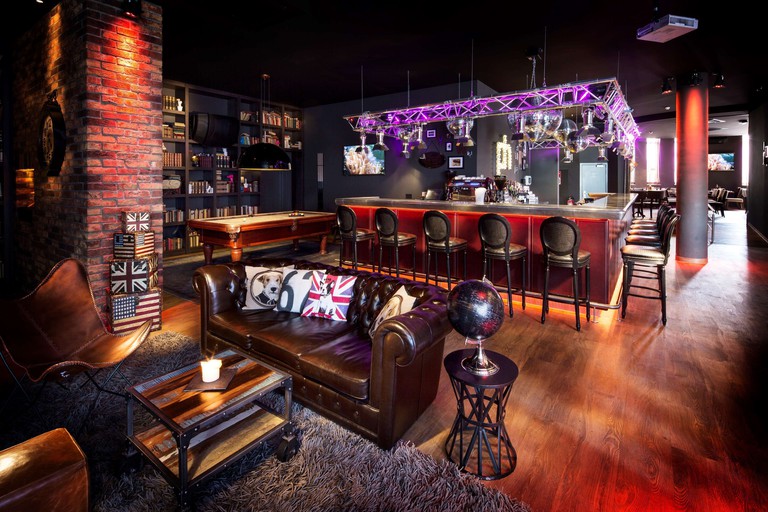 Courtesy of Pentahotel / Expedia
View Rooms
This modern block off bustling, maple-bordered Tiensestraat has an all-round playful vibe, and smart rooms in which the wallpaper is a giant map of the city. There’s even a special suite for those who love gaming, with a mega-screen computer, pinball and a retro PS4. The hotel’s chill-out lounge also boasts a cutting-edge games console, as well as a pool table, open-all-hours bar and crowd-pleasing menu of pizzas, burgers and classic cocktails. The local area has noodle bars and sushi joints as well as vintage bars and old brick gables.
More info 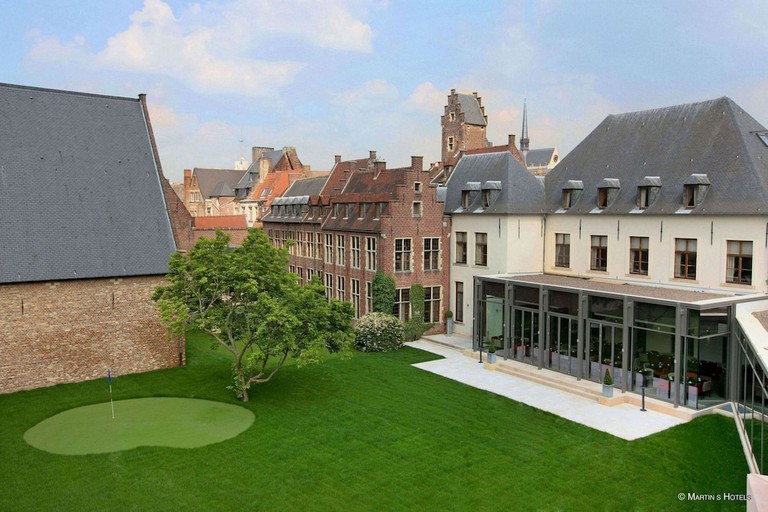 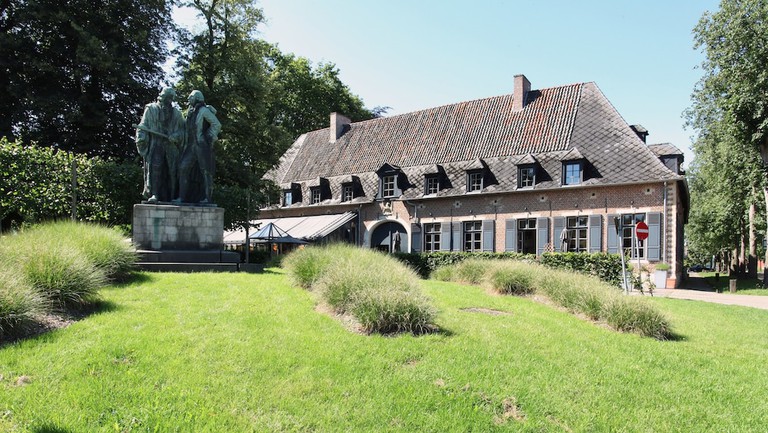 Courtesy of the Lodge / Expedia
View Rooms
An old renovated farmhouse with warm brick walls in Leuven’s southwestern suburbs, the Lodge is surrounded by lakes and green spaces. Catch a tour of the nearby Arenberg Castle, a 16th-century palace that’s now part of the university, or stroll 15 minutes into the Heverleebos, an urban forest full of cycling and walking trails. After you’ve worked up an appetite, check out the airy brasserie, which has a big tree-ringed terrace and serves Flemish-style asparagus with buttery potatoes and panna cotta with berries for dessert.
More info 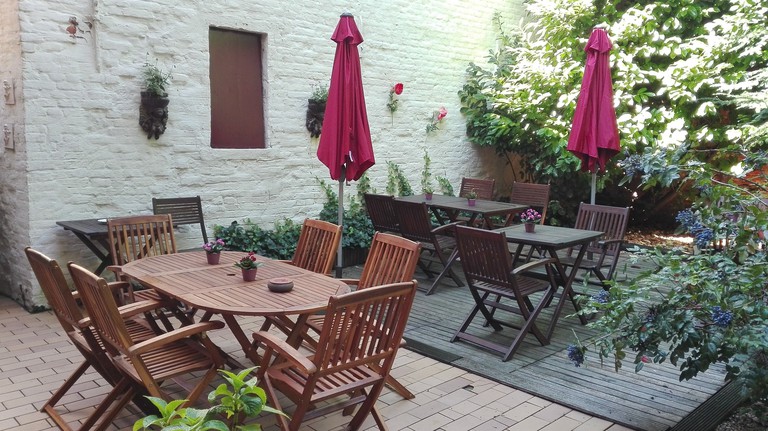 Courtesy of Gasthof De Pastorij / Expedia
Book Now
The walled courtyard of this 19th-century rectory is full of potted sunflowers and geraniums, wooden chairs and tables. Inside, a refurbishment has kept the creeper-coated charm and cultivated a homely atmosphere. The six-bedroom Pastorij stands a short way south of the university, opposite the theology faculty, with the baroque Saint Michael’s church on the corner of the road. Breakfast is a varied spread of fresh, local products that features fruit, boiled eggs, cheeses and salami. The rooms are individually and tastefully done up with original artworks and eclectic furniture. 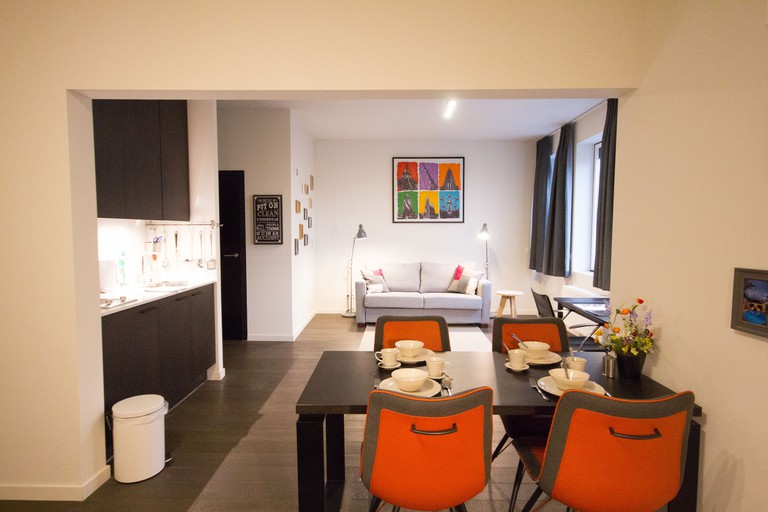 Courtesy of Getaway Studios / Expedia
Book Now
These 50 spacious, relatively central flats sleeping up to six come in deluxe, superior and executive categories; they all have study areas, wifi and fully kitted kitchenettes with microwaves and fridges. The executive studios are the biggest, featuring four single beds, sofa bed and small lounge area. The popular Stuffed! sandwich bar just over the road serves up fresh baguettes full of serrano ham and mozzarella, and the surrounding streets are heaving with bars and cafes.

This is an updated version of an article originally written by Nana Van De Poel.