The Top 10 Things To Do & See In Watermael-Boitsfort

The Tournay-Solvay park in Fall | © Stephane Mignon/Flickr
Exploring the peaceful area of Watermael-Boitsfort is probably the closest you’ll get to feeling at one with nature in Brussels. Located on the southern edge of the country’s densely populated capital, green Boitsfort breathes a rare tranquility, considering its big city surroundings.

The Sonian Forest is a woodland that covers more than half of Boitsfort and forms a natural oasis only ten kilometers away from Brussels’ buzzing Grand Place. The woods have attracted millions of nature lovers from all around the world with its rich folklore and diverse fauna and flora. Venture out into this enchanting cathedral of 200-year-old beech trees by yourself or take part in one of the plentiful themed walks.

If you don’t feel much like exercising yourself, you can always opt to see one of Belgium’s most successful rugby teams in action on its own turf. The muscled men in blue and white of Boitsfort RC have been dominating the Belgian Elite League for the last couple of decades.

Visit the Center for Local History

Thought up as a place for those fascinated by Watermael-Boitsfort’s past as well as its future, go to the local history center to discover all about why Boitsfort decided to draw a majestic deer on its coat of arms. The hunting horn also shown might give you a hint. 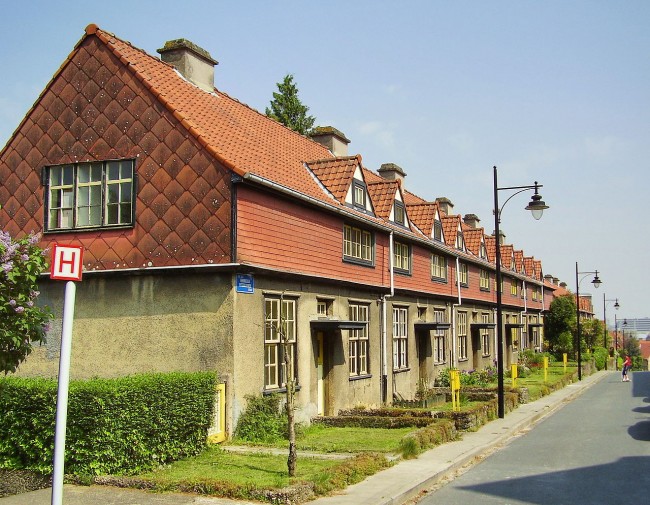 Admire the Garden Cities of Le Logis and Floréal

During the two world wars, the heyday of the garden city movement, architects Louis Van der Swaelmen and Jean-Jules Eggerickx planted the most famous of these quaint working-class houses in Watermael-Boitsfort. The identical façades have served as many a film location. On top of that, the Japanese cherry trees decorating the lanes are really a sight to behold in their April and May blooming period. 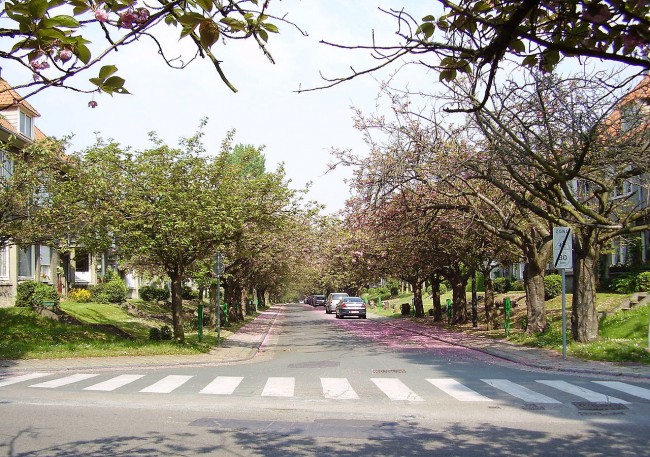 Seek Out a Sunny Terrace at Place Keym

Paved with globes made out of stone and with a pleasant presence of greenery, the powers that be at Watermael-Boitsfort clearly modeled the charming Place Keym after Place d’Austerlitz in Strasbourg, France. A nice splattering of restaurants and cafés surround the square, its terraces favored by the many fervent walkers passing through.

Animal lovers flock to the Héronnière Park where ducks, swans, and herons happily share the waters of the royal fisheries. Take your little ones to feed the birds from the fishing pier or to spot one of the deer approaching Bambi-cuteness levels at one of the two deer parks.

Stroll Through the Majestic Parc Tournay-Solvay

Acquired by King Leopold II and Ernest Solvay at the beginning of the 20th century, the landscape of the Tournay-Solvay Park received its royal flair from notable Belgian garden architect Jules Buyssens. Seven acres of artworks, carefully sculpted hedges, a classic rose garden, and majestic trees of over one hundred years old, Tournay-Solvay is arguably one of the most beautiful parks in all of Belgium.

Watch a Piece of History Being Rebuilt

For decades, hikers and history buffs alike wondered aloud why the red-stoned castle in Parc Tournay-Solvay had been left to the many birds inhabiting the now dilapidated building. After the death of its last heir, Thérèse Tournay-Solvay, in the early ’70s, the grand feat of Neo-Renaissance architecture was allowed to go to ruins. Literally. However, renovations are finally in full swing and should be finished in a year or two. To make up for lost time, an added rooftop terrace will grant visitors a spectacular panoramic view of the park. 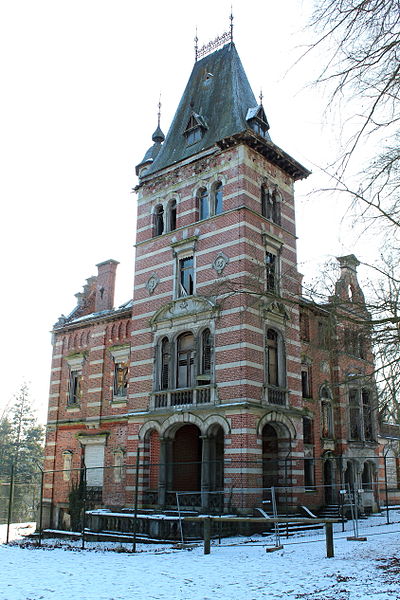 Play a Round of Golf at the Old Hippodrome

Traditionally a popular gathering place for the rich and Brussels’ nobility to spend their leisure time and the money in their pockets, the old Watermael-Boitsfort hippodrome has been repurposed to, at least for now, do more or less the same. Plans for a melting park are well under way, and already, you’ll find a nine-hole golf course at the heart of the old horse race track.

Previous summers have seen the site abuzz when ‘La Terrasse’ of the Hippodrome appeared. With a beach with white tents, a swimming pool and beach chairs to lounge about in while sipping an ice-cold cocktail, it’s almost like you’re spending your weekend in the Hamptons. Starting May 21st, this year’s edition again promises to draw a big crowd.