The Top 10 Things To Do And See In Etterbeek

Etterbeek, birthplace of Hergé, Amelie Nothomb and Stromae, is a diverse neighborhood with a population of 45,000 people. Circled by the Boulevard General Jacques in the south and the Parc du Cinquantenaire in the north, different centers make up this lively commune:Merode with its residential houses and the leafy Avenue de Tervueren, the Place Jourdan and Place Saint Antoine, right up to the La Chasse neighborhood. Here are 10 suggestions to discover the old and new in Etterbeek. 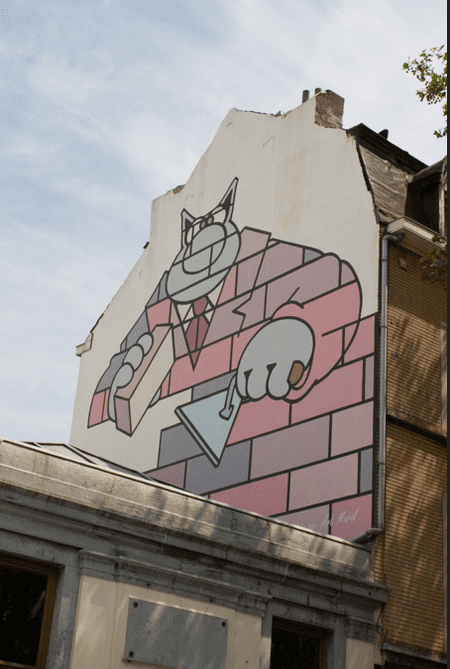 Philippe Geluck, one of Belgium’s bestselling exports, first published Le Chat in 1983 in the daily newspaper Le Soir. A huge success on account of its typical Belgian surreal and dry humor, the cat is now featured in 19 comic albums. Twenty-five strips can be found on the walls of the Géruzet barracks at the crossing between the Chaussée de Wavre and the Boulevard Général Jacques. Pass by the area and chuckle your way across the 140-meter-long fresco. 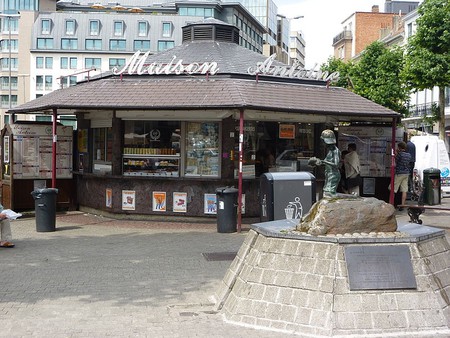 Munch on some Frites at Place Jourdan

Place Jourdan is a square and meeting point for both EU professionals and locals, a place where individuals sit next to each other munching on the samourai-coated chips from the 65-year-old institution that is Maison Antoine. As per its website, its owners are ‘mindful of the ‘good chip’ and hope that the next generation will have one (chip) in their blood.’ Alternative places to eat include Italian pizza, Greek tapas, Belgian eats and bio food. Come for the Sunday market, enjoy the smells and noises and feel part of the local community. 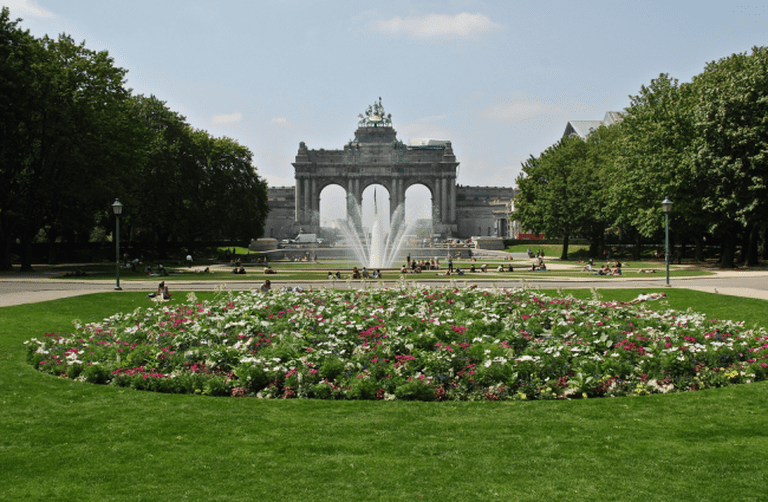 This impressive avenue — 8 kilometers long and 90 meters wide — is on par somewhat to France’s Champs-Élysées, as it is a remnant of Belgium’s wealthy and colonial past. Starting from the arc du Parc du Cinquantenaire, the avenue continues up to Merode, leading to Square Montgomery and finishing at Tervueren park. Walk around the area and don’t forget to look up to absorb the beauty of some of the surrounding buildings. The avenue is also the entry point to the Parc du Cinquantenaire, which houses several museums tucked within the central building’s glass roofs and iron halls. 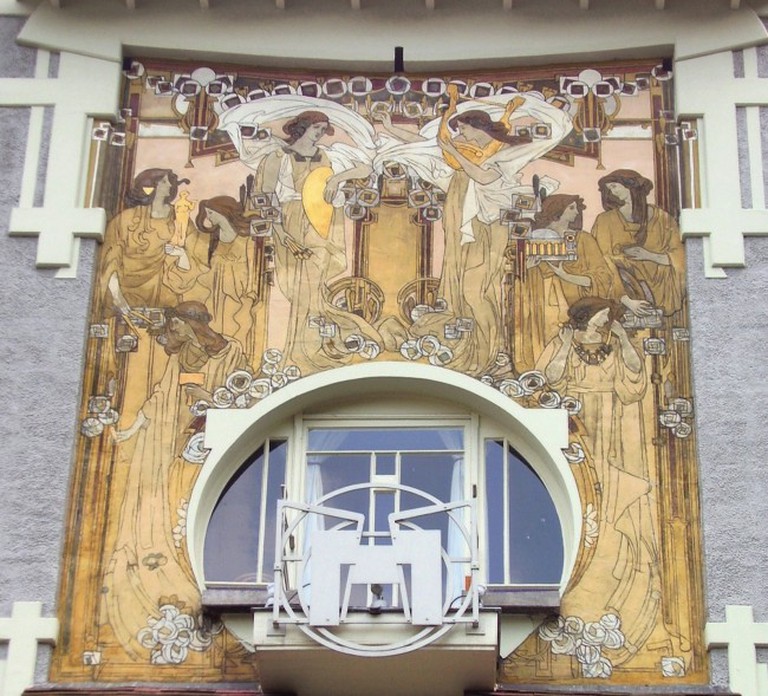 Just off the Avenue du Tervueren, on the rue des Francs, is the striking Maison Cauchie — a masterpiece of Art Nouveau built in 1905 by Paul Cauchie, the Belgian architect, painter and decorator. Both the carte de visite and living space of the Cauchie couple, it was built ‘par nous et pour nous,’ (by us and for us), as indicated on its façade. It is the right place to learn about ‘sgraffito,’ the influence of the Pre-Raphaelites on the interior design, the architectural school of Glasgow, and the Japanese Ma, which symbolizes the space between two structural parts. This site was neglected in its earlier years until its restoration in the 1980s by Guy Dessicy and his wife, Leo. 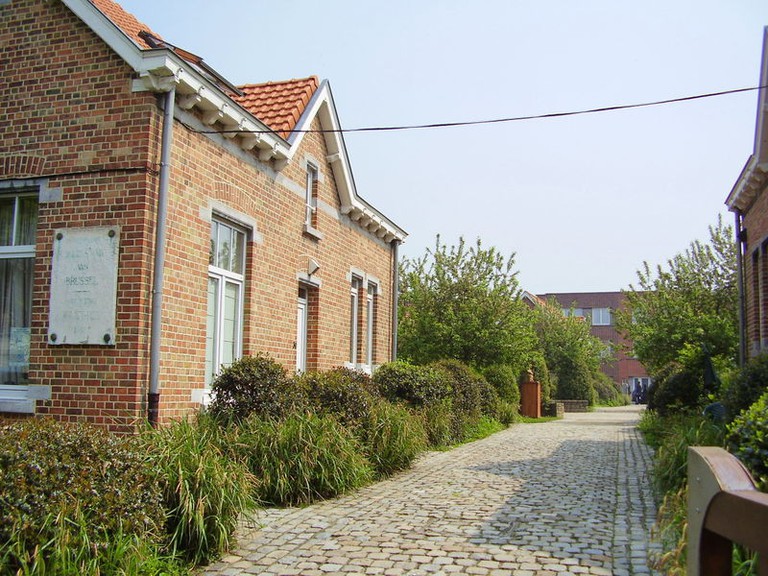 Located between Rue Général Henry and Rue des Cultivateurs, the Cité Jouët-Rey is an archetype of the garden city movement and its connection to urban planning. Built between 1909 and 1910, it comprises 32 small houses and is presently a community for individuals living in the area. Similar to a typical British neighborhood or an updated version of a beguinage, the houses are shielded by large hedges and trees, but its most notable feature is its central garden, which is open to all.

The Senghor Centre Culturel d’Etterbeek, named after the prominent writer and first president of Senegal, was inaugurated in 1988. The dance center offers performances and live music that celebrate culture from around the world. Be sure to check the center’s website for an updated list of regular events and shows.

Check out a concert or play at the Atelier 210

Etterbeek hosts a number of small and warm cultural centers that boast original pieces supported by local artists and performers. The Atelier 210 is one of the more cutting edge ones. Similar to the Senghor Centre Culturel d’Etterbeek, Atelier 210 is housed in an old cinema. It was founded ten years ago by a group of friends and offers a diverse selection of entertainment consisting of eclectic plays, live music, and small art festivals.

The Petit Chapeau Rond Rouge is a great place to check out some improv ­— the Belgian equivalent to stand-up comedy. Hosted in the prestigious Ecole Saint Michel, it hosts musical quizzes and improv shows. Its red curtains and small round tables make it a great venue for a date, or gathering for friends and family. Support the local arthouse and go pay them a visit. 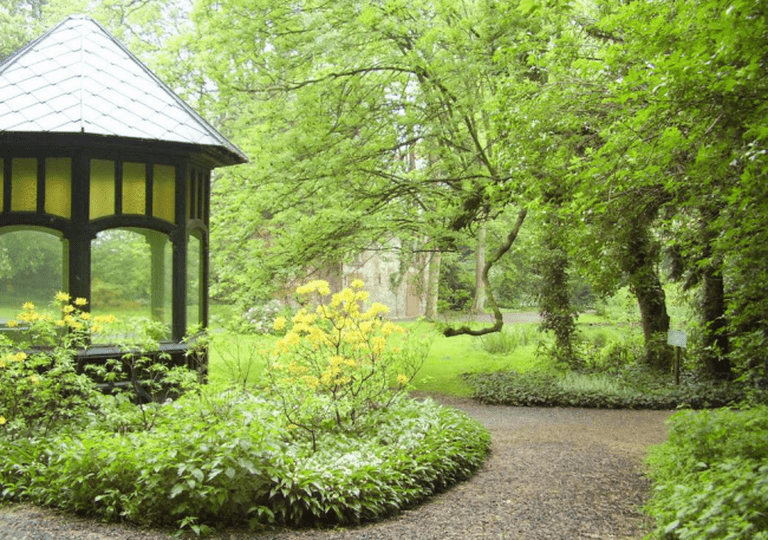 Relax in the park | © Ben2/WikiCommons

Relax in the Jean-Felix Hap Garden

This one-hectare-wide park is a haven of peace from another time and is tucked in between the busy Chaussée de Wavre and Avenue d’Auderghem. It is built around the remnants of a 16th-century castle and a pond supplied by the Broebelaar stream. A small pavilion and the old orangery is now a work area for artists, giving this peaceful spot a sense of faded beauty. Close your eyes, and you can almost hear the ruffle of the full dresses of the 19th-century dames on their promenade. Enter at number 510 Chaussée de Wavre. Opening times vary according to the season. 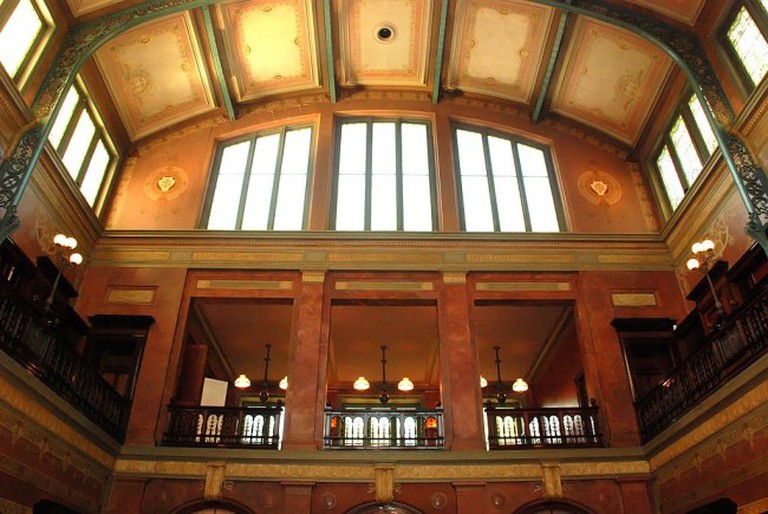 Ever wondered what that tall building towering over the large pond in the Leopold park was? That’s the Bibliothèque Solvay, formally known as the ‘institut de sociologie,’ built by architects Constant Bosmans and Henri Vandeveld. Erected at the turn of the last century to form part of the ‘Cité de la Science,’ it became a scientific and research hub. When brainpower migrated to the Sollbosch campus, the building remained, in its Art Nouveau and eclecticism-styled beauty. Renamed in 1994 after its patron, Ernest Solvay (the great home-grown industrialist), it now houses a number of European associations and is available as a venue for events. Sneak a peek of the reading house and step into what feels like a Harry Potter film set. Admire the details of the ceiling, the mosaics at your feet, the glass work and paintings.

The library is open during occasional exhibits, Journees du patrimone for example, by reservation or during private events.