Belgians are a Burgundian folk and the first people to embrace a good party if it comes with a comforting dish and a good glass of wine. The international food festival craze is right up this tiny country’s alley, which means that great culinary initiatives have been popping up all over. These ten Belgian festivals – in chronological order of their launch – will make you think you’ve died and gone to foodie heaven.

Antwerpen Proeft or ‘The Taste of Antwerp’ has bloomed into Belgium’s leading food festival. For ten years and running, this event in the country’s capital of cool has always been the place to be and be seen for star chefs – or lesser known names all the same. Extras such as demonstrations and culinary workshops abound here, turning the scenic setting at the Waagnatie – an industrial site overlooking the river Scheldt – into a vibrant hub of foodie love.

End of April and beginning of May

In just three editions the Brussels Food Truck Festival has grown into one of the biggest in the world. In early May an army of food trucks strikes down in the Belgian capital to transform the Mont des Arts and its adjacent boulevards into the beating foodie heart of Europe for a weekend. Strolling through the pop-up village of over a 120 trucks is an overwhelming sensory experience, and something close to what we think foodie heaven must look like. 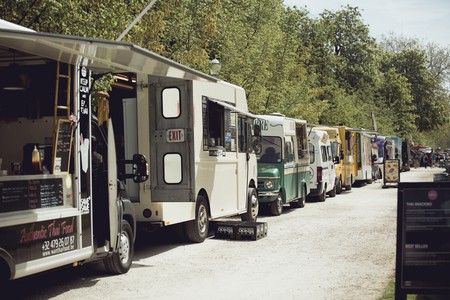 When spring arrives the Barrio Cantina festival sets out to spread summery vibes across Flanders. In April and May, Ostend, Ghent, Antwerp, Bruges and Kortrijk all get a visit from the colorful flock of food trucks that brings along international street food, live DJ sessions and the first cocktails of the season.

Early May until late June

Coastal town Oostduinkerke hails its old salts once a year by hosting its Shrimp Festival and Parade. At the Belgian seaside fishermen trawl for the delectable North Atlantic treat the old-fashioned way: on the back of sturdy Brabant horses that drag homemade nets behind them. The method is so unique UNESCO has added it to its World List of Intangible Cultural Heritage. You can help celebrate it by munching on shrimp dishes prepared in a million different ways and cheering at the Sunday Shrimp Parade. 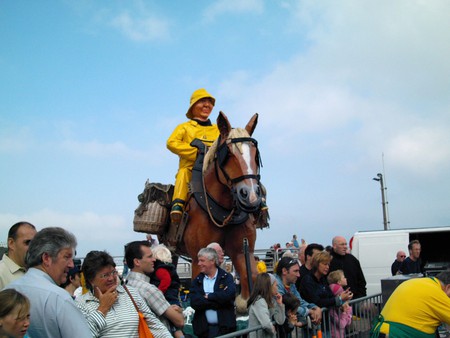 You haven’t been around the Belgian gastronomic scene until you’ve experienced Hapje-Tapje, a day-long free-for-all that attracts tens of thousands bon vivants to Leuven. For a limited twelve hours the cozy, cobbled Muntstraat and the adjacent Tiensestraat boast dozenss of stalls serving delectable tapas. The smaller the bites, the more of them you can enjoy. All the while gourmet chefs put on a show on the Grote Markt and bartenders race for glory in their traditional race on the Oude Markt.

I couldn't resist a good old burger with pancetta 🍔

Yes, there is such a thing as the Malmédy World Giant Omelette Brotherhood. Every August they bring Belgium’s quirkiest food festival to the small and elevated Ardennes city of Malmédy. Dressed in white and donning tall chef hats, the brotherhood breaks 10,000 eggs and fries them in a 4-meter diameter pan while stirring the dish with long wooden spoons, to the great delight of the many visitors who’ve come to witness this peculiar cultural tradition.

Lining up for a Dutch weed burger at Vegan Summer Fest | Courtesy of BE Vegan
Where else to discover new vegan delights than in the city that’s embraced the veggie lifestyle like no other in the country? With its fresh-faced Vegan Summer Fest, the BE Vegan organization proves in Ghent that Belgium is more than a pack of carnivores (though Flemings do love their meat). The festival at the ArtCube is on a mission to show different isn’t necessarily bad and the herbivore life can actually be downright tasty. Open your mind to the delectable possibilities at an info market, talks, demonstrations and, of course, at fifty vegan food trucks and stalls. At Vegan Summer Fest, the proof is in the pudding.

Middle of August
Open In Google Maps
Ghent, Belgium
Give us feedback

As far as pairings go, the founders of this festival have found something that’s better than butter and toast. Gourmet Belgian dishes paired with the finest wines from the Bordeaux region is what you’ll find at Eat! Brussels, Drink! Bordeaux. Over 25 local restaurants hit their stoves for a weekend at the Bois de la Cambre. Eat your meal and drink your wine at the edge of the Park’s lake for the most romantic effect. 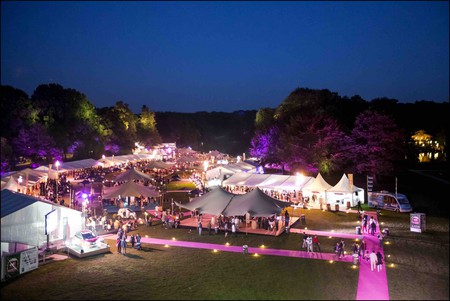 Foodies looking for refined dining get theirs at Bruges’ Kookeet (literally ‘Cookeat’) festival, where the medieval city succeeds in strengthening its reputation as a gastronomic gem time and again. The crème de la crème of the town’s chefs cook up a storm during a three-day culinary whirlwind that includes demonstrations, foodie chats and, of course, the serving of world-class plates.

Every Belgian Christmas market is a foodie Walhalla on its own terms – the piping hot waffles of Brussels’ Winter Wonders are undeniable – but Liège’s Village de Noël (‘Christmas Village’) takes the cake. The market’s symbolic mayor and village council treat their guests to a slightly more original market inside Les Grottes de Wonck, a maze of natural caves where you’ll find the best booty in the form of marzipan and artisanal cheeses from the area.

Late November and all of December 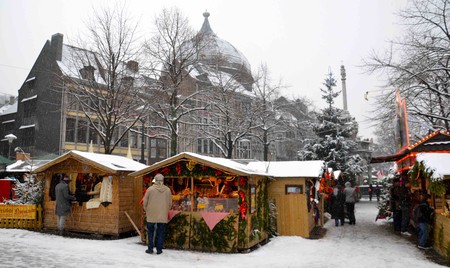