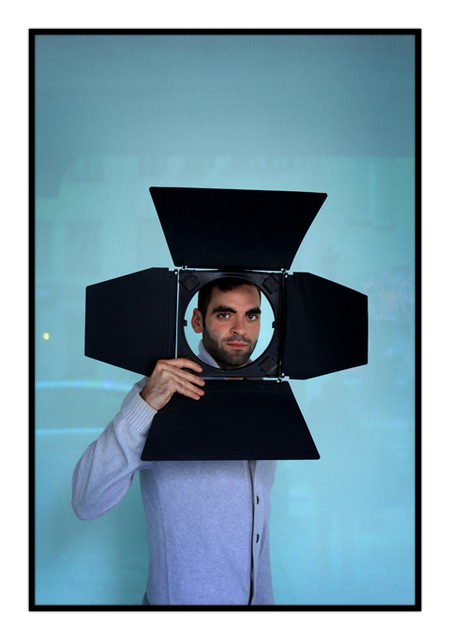 Traditionally, Belgian films can’t count on wide appeal abroad. But with more Belgian-produced movies gaining international acclaim, it seems as though the Belgian film scene is gaining traction. The next generation of talented filmmakers has stood up in recent years, with a wide array of styles and approaches. These five young directors have shown early promise and are waiting in the wings to take the world by storm.

Bas Devos only has one feature film to his name so far: Violet (2014). It’s one that leaves a mark, though. In the opening sequence, 15-year-old Jesse witnesses the murder of his best friend in an act of pointless and inexplicable violence. The film follows him in the days and weeks to come as he drifts into grief. Stunning images by The Drop cinematographer Nicolas Karakatsanis show the teenager standing outside his lost buddy’s family’s house, looking in from the outside. Silences and disconnected soundscapes mirror the boy’s detachment. Devos lets the images speak for themselves as they tell a heart-wrenching story of young grief.

Another young Flemish director who seems to have already found a voice of his own on his first try is 29-year-old Robin Pront. The Ardennes (2015) had the honor of opening Film Fest Ghent, the biggest festival in the country, on a thrilling, dark note. During a home robbery gone awry, Kenny is caught and sent to jail while his brother Dave and girlfriend Sylvie manage to get away. When the temperamental, macho Kenny is released after four years, brotherly rivalry comes to a head; Sylvie and Dave have started a secret relationship while Kenny was in jail. Rarely have the Ardennes, an elevated wooded area in Wallonia and weekend getaway favorite, looked this grim.

A thrilling atmosphere of an entirely different kind is present in Préjudice (2015) by Antoine Cuypers. The young director and his screenwriting partner Antoine Wauters have stretched out the familiar dinner table scene through the majority of a film, subtly building tension with each bite. What at first seems reason for celebration – daughter Caroline announces that she’s expecting a baby – turns out to be the catalyst for the breakdown of Cedric, the 32-year-old son who still lives at home and has no handle on the inside of his bedroom door. Slowly and deliberately, Cuypers breaks down the façade of the perfect suburban family as an increasing sense of paranoia and resentment takes hold. In choosing this theatrical genre, Cuypers opens up the door for comparisons to the likes of Thomas Vinterberg (Festen) and Roman Polanski (Carnage), and – rather impressive for a debut feature – stands his ground among these greats.

If there’s a young Flemish director unafraid of experimentation, it’s Gust Van den Berghe. The 29-year-old son of children’s book writer Kristien Dieltens opted to shoot his latest, Lucifer (2014), entirely in the newly invented ‘tondoscope’. This resulted in a film with a circular frame (comparable to the iris of an eye), creating feelings of claustrophobia and a strange kind of intimacy simultaneously. Add to the intriguing visuals some non-professional actors and a subject inspired by one of the classic playwrights of the Dutch language, and you’ve got the recipe for van den Berghe’s religious tryptich that makes up his oeuvre so far (his graduation film, Little Baby Jesus of Flandr, followed by the indigo-tinted Blue Bird, and ending with Lucifer).

With two feature films produced back-to-back (Image in 2014, Black in 2015), it’s been a fast ride to fame for Adil El Arbi and Bilall Fallah. The young Belgian-Moroccan directing duo bears one mission in mind: to make room for more multicultural Belgian films. It is a goal they are well on their way to achieving, as Black, a Romeo and Juliet-style romance set in the world of rival street gangs in Brussels, was selected for the Toronto Film Festival. The depiction of other cultures – those that are often negatively portrayed in the regular media – is on their mind again, as they are currently developing a film about Syrian fighters.