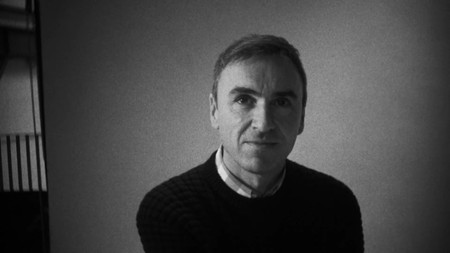 Widely agreed to be one of the most influential fashion designers of his generation, Belgian born Raf Simons is a need-to-know name in the industry. Having worked for major houses such as Jil Sanders and Dior, Simons has now taken full creative control at Calvin Klein, overseeing both the main RTW line as well as the diffusion elements. Here’s what you need to know about the provocateur of the industry.

How do you identify a Raf Simons design?

Although his focus is menswear Raf Simons has always embodied a fluid, non-binary aesthetic with an unwavering focus on pride in individuality. Raf Simons takes traditional male tailoring and creates something new, rather than owning a particular existing silhouette. In his 1998 ‘Black Palms’ collection, Simons established a skinny silhouette with tight fitting suits worn by skeleton-like Belgian models. This sits excellently with Calvin Klein’s unisex fashion, and the designer should be able to take the idea of CK One to new levels. 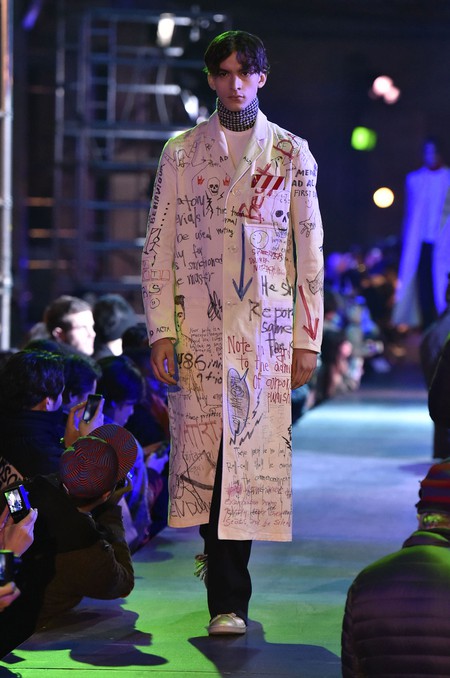 Purity of thought and line

Simons’ work is, in many ways, unclassifiable. At Jil Sander he upheld the original purist legacy; at Dior, he conversed with the history of the brand, introducing looks such as dresses worn over trousers and skirts as well as more traditional pieces. For his collaborations with Fred Perry and Adidas, pieces had idiosyncratic flair but didn’t stray far from the brand’s aesthetic legacy. At his eponymous label, each collection is new, untamed by convention and exists in a world of its own. One season Simons will show oversized sports jumpers; the next, lab coats and sleeveless denim. In short, Simons is a non-conformist; a design enigma. However his creative execution is always deliberate and focused.

Youth culture stitched at the seams

“I am somebody who focuses on a dialogue between generations, that’s the drive of my work. I believe the young generation take the power; they’ll take over at one point, but the older generation, they’ll push it away only because of the fear. I’m the opposite; I’m curious.” said Simons, who created a collection ‘Woe Onto Those Who Spit On The Fear Generation…The Wind Will Blow It Back’ to bring this vision home. From street casting to screen printing graphics and bands on T-shirts, to oversized hoodies and fishtail parkas, Simons lets the energy of what’s going on around him unfold into his designs.

Where was Raf Simons born? Raf Simons was born in 1968 and raised in Neerpelt, a rural town in Belgium. “I was in a stupid little village. There was no culture. There was nothing,” he said of his upbringing in an interview with Papercoffin.

Where did Raf Simons train to be a fashion designer? He didn’t. Simons trained in industrial and furniture design at a university in Genk, Belgium. During his degree he gained an internship with Walter van Beirendonck of Antwerp Six fame. In spite of having no formal training, he was encouraged to start his own label by head of the fashion department at the Antwerp Royal Academy, Linda Loppa.

When did Raf Simons join Jil Sander? Legend has it that Simons met Jil Sander at a hotdog stand where they hit it off right away. Simons was appointed as creative director of Jil Sander in 2005, a position he held until 2012.

When did Raf Simons move to Dior? Post Galliano-gate, in 2012, Simons was brought in as creative director. The documentary ‘Dior & I’ chronicles the eight weeks leading to his first couture collection for the brand.

Why did Raf Simons leave Dior? In October 2015, the industry was rocked by by the news that Raf Simons was departing Dior. Citing personal reasons, Simons’s departure was unexpected and came as a surprise to all involved. His departure was mostly attributed to the pace of the industry — six shows that include two haute couture left little time for creative freedom.”Technically speaking, it works. Does it work for me emotionally? No, because I’m not the kind of person who likes to do things so fast,” he said in his 2015 interview with System magazine.

Where does Raf Simons work now? As of August 2nd 2016, Raf Simons is Chief Creative Officer at Calvin Klein.

The fashion world doesn’t know the word stop, so you have to make sure there are sublime moments every day.

Computers let people avoid people, going out to explore. It’s so different to just open a website instead of looking at a Picasso in a museum in Paris.

Antwerp literally was a trash hole, but fashion changed that. The designers there were extreme, and their work was hard to understand. But now, people from all over the world come to Antwerp to shop.

I’m very attracted to things that I can’t define.