Perched by the river shore near Antwerp, Doel is a small Belgian village with a 17th century windmill and a panoramic view of the nearby nuclear plant. To the untrained eye, its narrow streets and characteristic red-brick houses make it seem like any other Flemish town, but Doel is no ordinary village. Dubbed Flanders’ “ghost town,” it sits between demolition and art as a living representation of Belgium’s neglect of its architectural heritage. 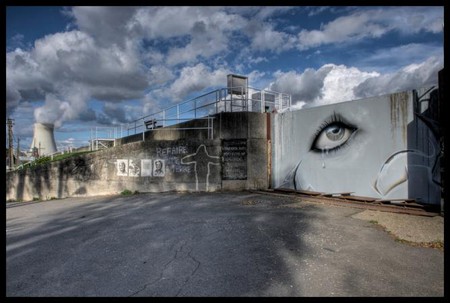 Doel’s location near the port of Antwerp made it an attractive plot of land to the local authorities, who planned to built an additional shipping dock on the river along the village in the 1970s. Doel was suddenly threatened with demolition, and its residents – with eviction. But for over 20 years, the village resisted and fought back, despite increasing pressure from the local government. 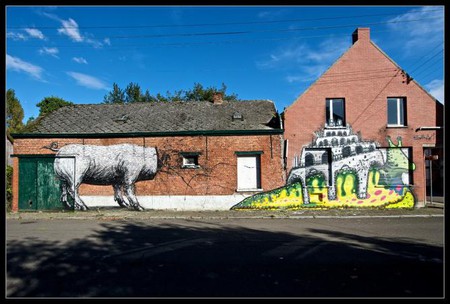 In 1998, the government reissued its plans, reigniting the controversial debate. While many villagers soon moved away, seduced by the attractive premiums that were given out by the government, some remained, determined to defend their homes. 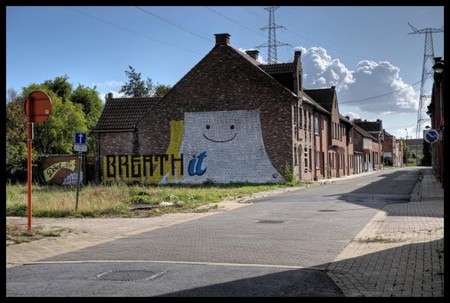 Fierce protests followed suit, and solid media coverage has, so far, pushed the demolition plans back. The village and its buildings still stand, but now fewer than 30 people remain. And while most of the residents have abandoned Doel, there is a group of people travelling in the opposite direction. 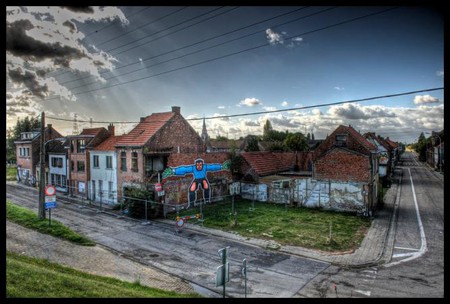 Street artists flock to Doel, attracted by its eerie atmosphere, and treat the villagelike a blank canvas, where their work can flourish, unrestrained. Giant frescoes of huge rats and birds, laughing cartoons characters and underlying political message adorn Doel’s walls, moulding the village into an open-air museum for awe-inspiring graffiti by a number of talented street artists. 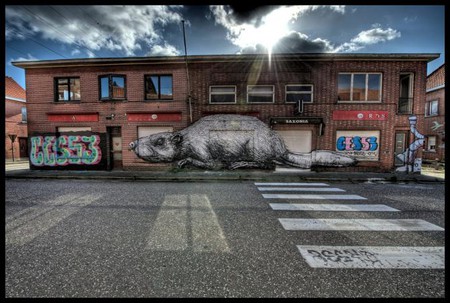 While most of the buildings in Doel are typical 20th century terraced houses, some are beautiful examples of historical architecture. One of them, a carefully restored, pristine white villa, was once home to the family of Flemish baroque painter Peter Paul Rubens. It has been standing proudly in the heart of Doel since 1613, and is now surrounded by abandonment, rust and destruction. 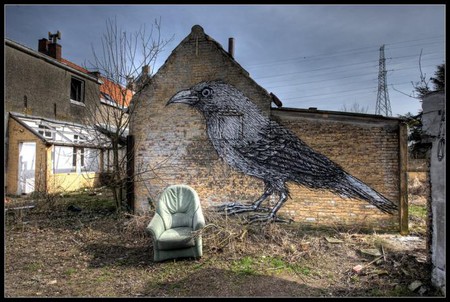 One of the artists fascinated by Doel’s eerie atmosphere is urban explorationenthusiast and photographer Romany WG. Although he has gained international acclaim by taking photographs of abandoned sites and houses all around the world, Doel remains one of his most popular series. 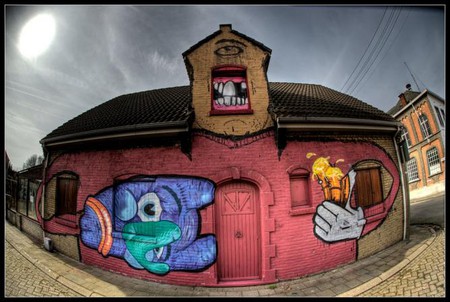