The Most Captivating Images By Carl De Keyzer

Carl de Keyzer is a Belgian photographer, born in 1958. Each of his images tell a story, which aim to denounce or explain to the spectator a peculiar fact or situation. With a portfolio that spans the globe, including locations such as India, Africa and Russia, de Keyzer’s work aims to capture a piece of history within these places through the years. The following images represent some of his most captivating photos and offer an explicative look at the meaning behind this famed photographers most prominent work.

As the author writes, India is his “first love.” In this image, it is possible to catch the essence of this country. The picture features a typical bus full of people, with others riding their bikes during what is perceived to be the monsoon season in India, and through the use of black and white, de Keyzer created a strong three-dimensional feeling. From the perspective of the picture, the spectator has the opportunity to experience the same moment that de Keyzer was living and hopefully feel the atmosphere of the area. 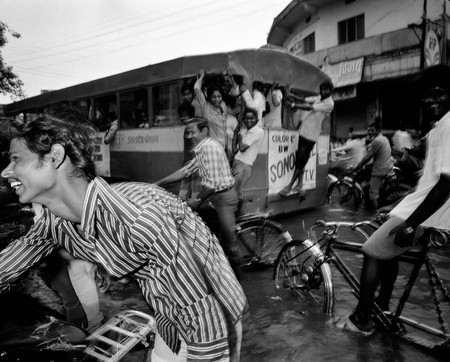 This picture depicts a demonstration against the central power of Moscow, occurring near the Opera House in 1988. With the open perspective, it is possible to feel the union among the protesters during the rally. Shot from behind the protest, the image gives a sense of symmetry due to the similar geometry of the demonstrators and the building in front of them. The protesters and the edifice have the same bent shape, letting the spectator feel immersed in this sense of unification. 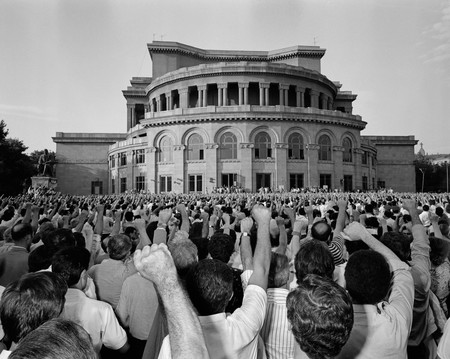 A blind beggar is portrayed on Fifth Avenue in New York City. This image is part of the reportage called ‘GOD, INC,’ which delves into the concept of religion in America. The man is standing in the middle of the picture, and he is in high contrast with the pedestrians around him – they breeze past his still figure. Nobody looks at him; some even look directly at the camera instead of focusing on the man who has a message to show. The photo is in black and white, but even looking at the tone of his clothes, it is possible to feel a sense of contrast with the people who surround him. 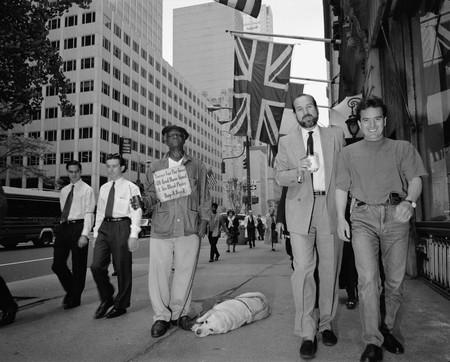 This image is a part of the reportage East of Eden, which analyzes the differences between the two sides of Europe, focusing on the border area between the two ideologies of the East and West. This photo, shot in Klodz in 1996, shows the scene of a marketplace, and the difference is immediately evident between a market on the East side of Europe and a market on the Western side. The two women on each side of the picture seem to be divided by an invisible curtain, with the house in the background underlining this divergence between an Eastern Europe market and a Western one – it is possible to imagine a place full of colors, empty and rank. Nobody looks at the camera, which could have been the only object that was present at the moment, possibly connecting the two sides of Europe in the picture. 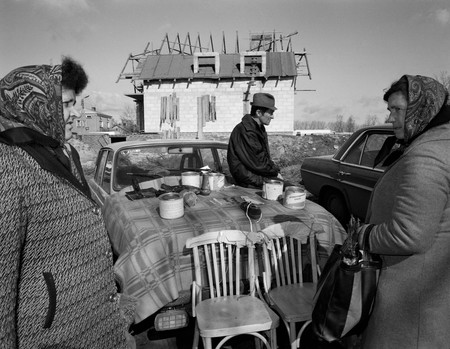 This reportage celebrates the 500th birthday of emperor Charles V. In this image, shot in Ostend in 1986, several situations are shown at the same time. In the background, people are celebrating and not looking at the camera, while in the front, there is a couple, with only the woman staring directly the camera. The woman’s expression is different from those in the background. This may give the viewer a sense of contrast similar to the colors and lights, clear in the front and a bit darker in the background. With this possible contrast, the spectator is able to gage the feeling of the atmosphere – a place where many things are happening at once. 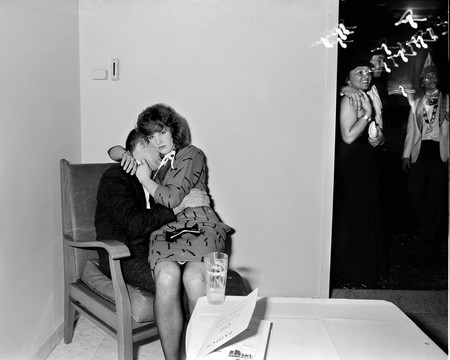 Zona is the reportage that goes through the former gulags, which now function as prisons. This photo portrays prisoners in the dining hall with only one looking at the camera. The picture is in color, and a three-dimensional feeling is present thanks to the man in the foreground. He breaks the space and allows the spectator to focus on the scene properly. The light in this picture is warm, as are the colors. 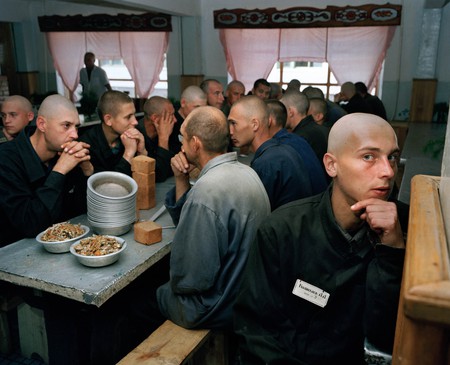 ‘Bouake’ documents the Saint Camille Hospital founded by the Saint Camille Catholic Charity Association. This hospital provides care to patients with psychological illnesses. Within this area of Africa, people with psychological problems are believed to be under the influence of an evil spirit and do not receive the appropriate treatment they need. This image portrays the patients of the hospital, showcasing a very different scene from which the West is accustomed. A warm-colored photograph, the man in the foreground opens the scene to the viewer. 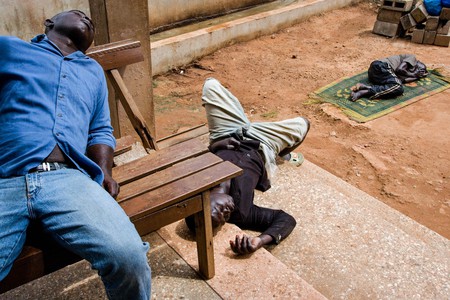 Work assigned by Time Asia, this series shows the new gold rush in Mongolia. In this image, Ivanhoe mines in the Gobi Desert are shown, with the color of the boxes appearing to blend in with the sky. The tonality of the picture purposely creates a non-dimensional space, where time seems to stop. Only the red numbers on the boxes break up the chromatic tone, showing that the mines are there, ready to be used. 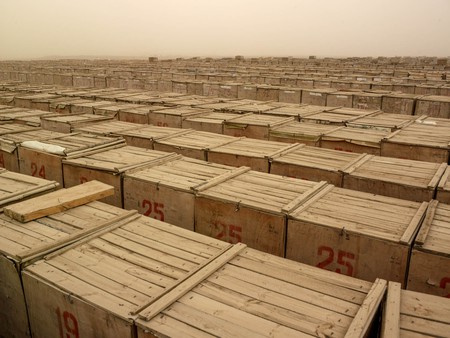 Trinity is a work that takes into consideration the omnipresence of power and violence. Released in 2007, this specific image, taken in Bujumbura, Burundi in 2004, shows government soldiers reading the Bible to the graves of rebels. Despite the colors, with the blue sky in the background, this picture is not warm because time seems to stand still. The military clothes of the soldiers reflect the colors of the scenery.

This work portrays the Congo 50 years after its independence of colonialism. Using photographs, de Keyzer wants to answer to the question, ‘What’s left?’ In this picture, the expressions of the characters vary: the man in the background seems angry, while the girl next to him appears scared and the woman in foreground seems to be smiling. Even the color of the clothes suggests this difference with the feelings. In front of the viewer, the woman wears a colorful, striped sweater, while the colors become increasingly darker the further the background recedes. Taking a look to their movements, there is a sense that everything could change in a second. 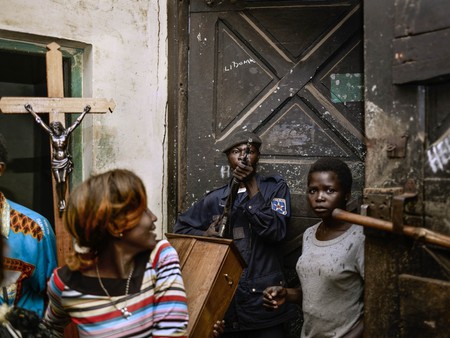 Kikwit, prison | Courtesy of Carl de Keyzer
Give us feedback