The Most Beautiful Gothic Town Halls Of Belgium

If you’re looking to be impressed by old world splendor during your travels, turn to Belgium’s Gothic city halls. Whether topped by Archangel Michael or a somewhat goofy town hero, all are shining examples of the enormous effort that these cities put into their external prestige from the 13th century onward.

It’s easy to see where Oudenaarde, that historic city by the river Schelde where Charles V fell in love, gets its charm. “There’s no detail in this marvelous building that’s not worth being viewed,” legendary French writer Victor Hugo once raved about its City Hall that includes a mighty Belfort tower. This shining example of late Brabantian Gothic is topped by a gilded red copper statue of ‘Hanske the Warrior,’ the city’s emblem and rather lazy local hero. Legend has it that Hanske, who was supposed to be on watch duty, didn’t see Charles V coming after he’d dozed off after drinking a little too much of Oudenaarde’s delicious beer. 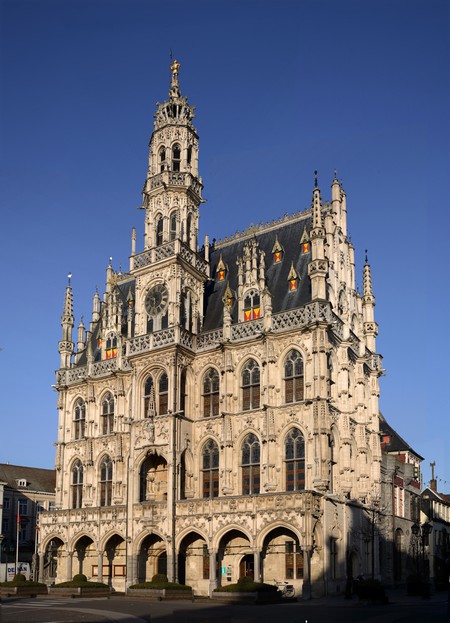 The Gothic style was really all about radiating power and prosperity, so why not depict the powers that be right there on the city’s beating political heart? Fourteen Counts of Flanders have been looking out over the Kortrijk’s main market square for four centuries now, immortalized in stone statues on the Kortrijk Town Hall. Despite many changes and even some cases of vandalism in the 18th century, the Counts’ likenesses managed to survive and are the Town Hall’s pièce de résistance next to its Late Gothic chimneys that date back to 1527. Inside, the city houses its collection of rare topographical maps, with a mural by Jan van Imschoot giving the place a modern touch. 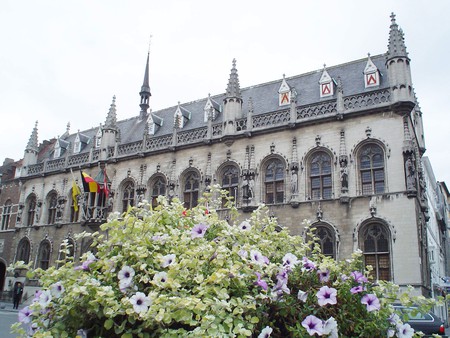 A former city hall and current Aldermen’s House, Aalst’s Belfry is an eclectic mix of parts built in the Early, Middle and Late Gothic style, which, against all odds, has actually resulted in it becoming one of the most elegant city halls in all of the country. The add-on of an extravagantly adorned Late Gothic field house in the front contrasts nicely with its more sober octagonal tower, making one of the oldest city halls in the Low Countries (1407) also one of the most beautiful. Combine that with the chiming of its old carillon every 15 minutes, and you’ll really get a feel for history standing in front of this beauty. Displaying a little typical medieval coarseness, the locals have even taken to nicknaming the Belfry ‘titty tower,’ for its clocks’ resemblance to a woman’s breasts. 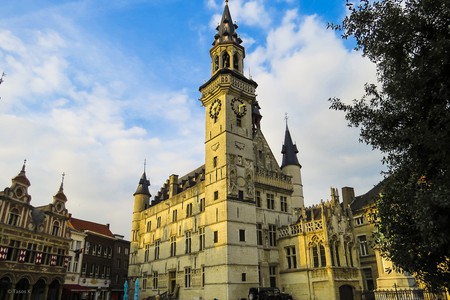 With the entire historic center of Bruges being classified as a UNESCO World Heritage Site, it goes to figure that the building that has been at the heart of its government for over six centuries would be a splendid one. Again, we’re talking about one of the oldest ones in the Low Countries, with the first brick being laid as early as 1376. Its Gothic Hall with its polychrome vaulted ceiling is a work of art in its own right, and the 19th-century murals provide you with a trip down ancient memory lane to the days when quaint Bruges was Belgium’s biggest economic player. 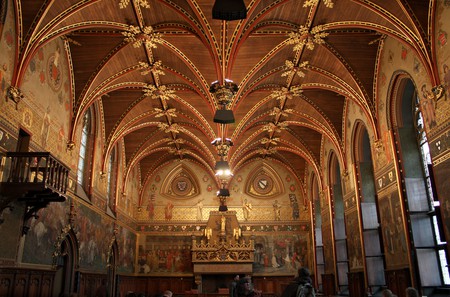 If you thought Kortrijk’s Counts brought a little extra oomph to its city hall’s façade, a true army awaits you in the alcoves of Brussels’. The band of Belgian historical figures staring down at the visitors of the Grand Place hasn’t always been there. Though the Town Hall has proudly stood watch over the city ever since the 13th century, the rows and rows of statues that determine its royal look today are a product of an 1843 decision by the city council to have more than 90 different local artists sculpt close to 300 statues. Meant to establish Brussels as a prosperous and cultured hub in the wake of the nation’s fresh independence, the building is one of the country’s most precious architectural gems, of course, protected with a World Heritage label. 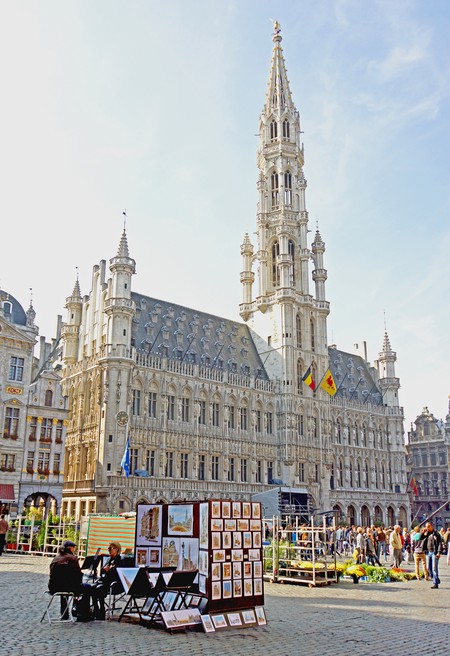 The pride and joy of student town Leuven is its City Hall, in many ways the mirror image of its Brussels counterpart. Again, the ‘hall of fame’ on the front was a result of young Belgium’s search for identity in the middle of the 19th century. Either that or the city council might just have listened to Victor Hugo’s advice when he wrote them a letter concerning the bareness of their City Hall’s façade in February 1852, impressing on them that ‘… a civil or church building with empty alcoves is like a book with empty pages.’ 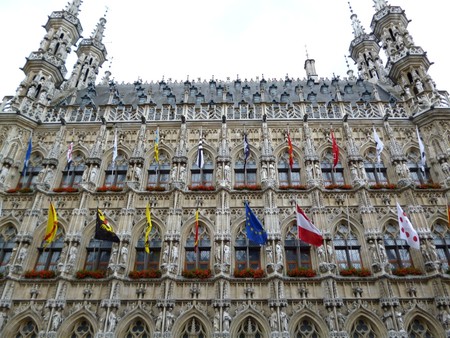