The Most Alluring Soundtracks By Belgian Artists 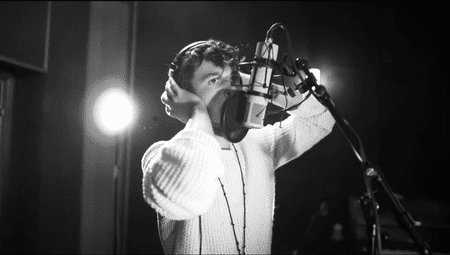 The Dardenne brothers–the most famous of Belgian directors–might not employ music by way of stylistic choice, but most Belgian filmmakers love a good soundtrack just as much as the rest of the world. The annual prestigious World Soundtrack Awards are held every year in Ghent, and the last fifteen years have seen an upswing in fascinating soundtracks by classically schooled composers, as well as by existing bands or performers who take their shot at creating music for the screen.

It certainly seems as if Oscar and the Wolf, the recent Flemish pop electro revelation, can do no wrong. It’s not just the name of their Amy Winehouse cover that cleverly matches with Adil El Arbi and Bilall Fallah’s latest feature — Oscar and the Wolf’s ‘Back to Black’ version for Black (2015) holds on to the darkness of Winehouse’s lyrics, while frontman Max Colombie’s and guest singer Tsar B’s longing voices lend an ethereal, panoramic quality to the title song.

Just as its various narrative arcs and Antwerp locations crisscross quite naturally, the soundtrack of Any Way The Wind Blows transitions smoothly from electronics to jazz to rock and back again. For his debut feature Tom Barman – the singer songwriter known for fronting the Belgian rock group dEUS – partnered up with Belgian-English remixer CJ Bolland, resulting, in among others, ‘Summer’s Here,’ a song with a funky and slightly sensual electronic feel.

‘If I needed you, would you come to me, would you come to me, for to ease my pain?’ Townes Van Zandt’s original question cuts deep when sung by Elise and Didier, a bohemian couple torn apart by the illness of their daughter in The Broken Circle Breakdown. The success of Felix Van Groeningen’s heartwrenching tale of grief (the film would go on to earn an Academy Award nomination for Best Foreign Language Film – is largely attributable to its country soundtrack, embraced by a Belgian audience previously out of touch with the genre.

When worn out housewife Matty and shabby truck driver Johnny crash into each other in a supermarket parking lot, it’s the beginning of both a hilarious shouting match as well as a rather unconventional love affair. This romantic comedy and social parody is guided by the music of Belgian composer Tuur Florizoone. His soundtrack is at times dreamy on piano but earthier on accordion at other times, when our attention and feet are required on the ground for the reality of life in a poor Ghent neighborhood dubbed Moscou. Florizoone was nominated for European Composer of 2008 by the European Film Academy and took home the Public Choice Award at the World Soundtrack Awards, hosted by Ghent’s own film festival.

Factory worker and doting father Jean is hell-bent on making his chubby daughter Marva a star, but the girl’s confidence has been shaken by a string of humiliating participations in talent contests and ridiculous outfits. By a stroke of luck, Jean runs into single name Flemish pop star Debbie and kidnaps her in order to convince her manager to release a song written by him and performed by Marva. Eventually Marva will triumph with the charming ‘Lucky Manuelo,’ which was really written – like the rest of the soundtrack – by Belgian rock legend Raymond van het Groenewoud.

The only other Belgian film that raked in the Public Choice Award at the WSA’s was Stijn Coninx’ Marina in 2014. A film inspired by the youth of Rocco Granata – of international ‘Marina’ fame – could hardly go without a decent soundtrack. Belgian composer and orchestrator Michelino Bisceglia, whose roots, similar to Granata, can be found in Italy, was up to the task. Aside from the obligatory cheerful three versions of the international megahit that established the Italian boy with the accordion’s career, Bisceglia’s melodies are founded in the laid-back moods of jazz.