The History of Belgium’s Train World in One Minute 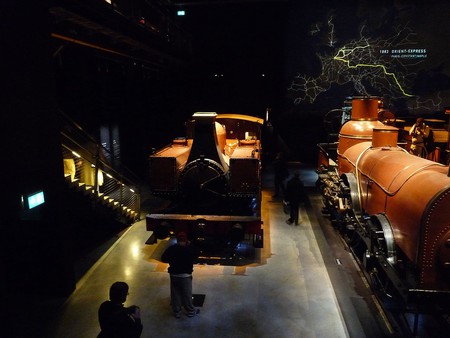 One train ride away from Brussels city centre is a museum with a collection tracing the first trains of the country. Because Belgium has the oldest railroad in continental Europe, this special museum known as Train World is definitely worth a visit. Even getting there is an authentic train experience, as the museum is on the historic train route between Brussels and Mechelen, located at Schaerbeek Station.

At Schaerbeek, you can visit two different train stations. Though Schaerbeek Station can hardly be called the most beautiful station in Belgium, the station’s historic buildings host much more. One is still in use and is a protected monument from the 19th century, while the other now contains Train World, a museum showcasing the history of train transport in Belgium. Though Train World is partly set in a 20th-century building, the museum itself opened its doors in 2015.

From the very first train ride bringing Belgium’s first king from Brussels to Mechelen, to a glimpse into the future – Train World will get your knowledge of public transport right on track.

From a modernist vehicle to an everyday mode of transport, Belgian trains have certainly come a long way. The museum offers a detailed history about the role of trains in Belgium. Train World’s collection showcases some unique pieces, like an authentic railway cottage (including the story of the railway folk family that used to live there) and an actual metal bridge. Visitors can have a seat in a 19th-century train to see what the past was like for Belgian commuters.

Interested in the history of postal services? You’ll enjoy the parcel service replica. The museum also owns many locomotives and has five steam engines – including the oldest in Europe. Individuals can even get inside to study the technology behind these locomotives, perhaps even try pushing a button or two. Lesser-known subjects are also explained, such as the train’s safety techniques.

Train World owns film footage of the old commuting days and has a quirky clock collection in the attic. If you’ve had enough of diving into the past, the museum also displays the trains of today and the possible future of public transport. Wherever we’re headed, we’re going by train.