The History Of The Museum Of Natural Sciences In 1 Minute 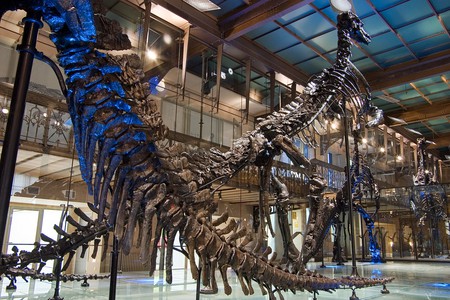 The Museum of Natural Sciences in Brussels – also known as ‘The Dinosaur Museum’ – is home to Europe’s largest hall, showcasing the creatures that roamed the earth millions of years before us.

While the Museum of Natural Sciences brings nature into its visitors’ lives in more ways than one, it is mainly dinosaur enthusiasts who struggle to control their excitement when individuals mention its name. The reconstructed skeletons are the main pull for the 250,000 visitors that flock to Brussels every year, where they walk among the reconstructed remnants of the prickly stegosaurus and a replica of almighty Stan, the largest male T-rex found to this day. 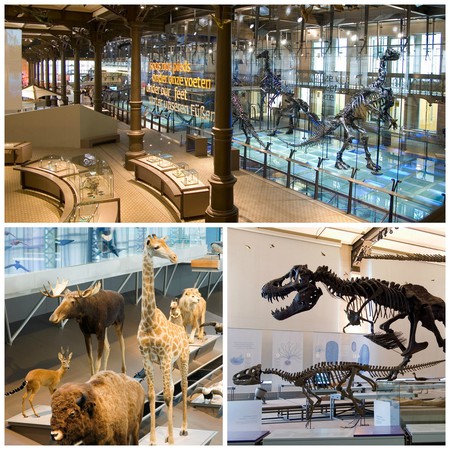 Courtesy of the Royal Belgian Institute of Natural Sciences

Another highlight is the gang of thirty iguanodons, housed in a especially designed section in the new buildings. Accidentally discovered on a coal dig by two mineworkers in the Belgian province of Hainout in 1878, the Bernissart iguanodons were an incredibly important paleontological find and some of the first complete skeletons to ever be mounted. In an impressive display, nine of them are standing upright, looking out from a large glass cube lit up by blue lighting underneath. The rest can be found down below in the basement, set up to look exactly the way they were found almost one and a half centuries ago.

It’s usually after wondering around the massive dinosaur hall that visitors find their way to the other, often equally fascinating, exhibitions. Exhibits to watch out for include a mammoth skeleton found in Lier, whale fossils that were dug up in Antwerp, an insect gallery of over 15 billion creepy crawlers and crustaceans, and the History of Life hall.

The museum is great place to visit with kids, who can play at being paleontologists and anthropologists for an hour by digging up real fossils, rebuilding a skeleton and donning a prehistoric outfit at the paleoLAB.