The History Of The Magritte Museum In 1 Minute 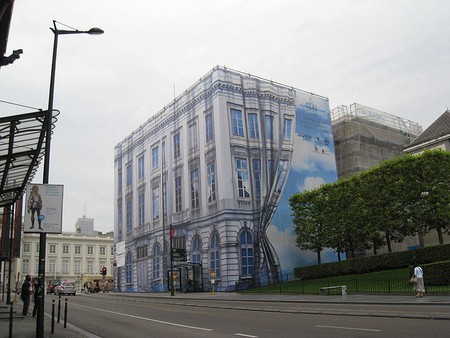 Thinking of the Belgian surrealist troupe, one name pops into the head instantly. René Magritte, the Brussels painter who has come to occupy the same godlike space as Salvador Dalí, Joan Miró and Max Ernst, finally got a museum all to his own in 2009. An astonishing 200 of his most mysterious and thought-provoking works can now be admired in the heart of the capital.

The five-story Altenloh Hotel in all its neoclassical glory makes for a fine palace in which to keep safe the world’s largest Magritte collection. Though completely restored in 1984, it took until 2009 for the Magritte Museum to take up residence at this architectural gem on the edge of Place Royal. Next door, three other museums that are part of the Royal Museums of Fine Arts keep an eye on the family’s newest scion.

From the start, it was clear that the Magritte Museum filled a gaping hole in the Belgian cultural landscape. The summer opening marked the beginning of an extraordinarily successful first year that drew half a million visitors to the capital and cemented Brussels standing as the surrealist city.

The museum, acutely aware of Magritte’s multidisciplinary talents, displays not only some of his most important paintings (such as Empire of Light, Scheherazade and The Return) but some lesser-known sculptures, photographs and even short films as well. Most of the original works come directly out of the collections from the painter’s widow, Georgette Magritte, and that of Irene Hamoir Scutenaire, the central female figure in Brussels’ surrealist movement and a longtime friend of Magritte’s who appeared in some of his works under the pseudonym of ‘Lorrie.’ 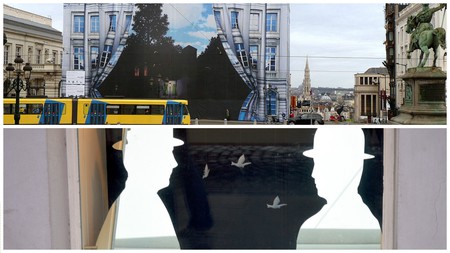 The success and importance this young project would come to bear over the span of just seven years was already tangible the year before its doors swung open. Massive hoardings inspired by Magritte’s Empire of Light covered an entire side of the grand building while the museum inside was given shape. Curtains opening upon Magritte’s masterpiece captivated the Brusseleir time and again on his way to and from work. As such, imagine the effect of the real thing inside. No better place in the world to take a peek into the wonderfully weird universe of Belgium’s most revered 20th-century artist.