The History Of The Horta Museum, Belgium, In 1 Minute

House of Victor Horta|© Flickr/Steve Cadman
Widely considered the most important Art Nouveau architect, Victor Horta is a name to remember for any fan of this elegant art style. With four of his buildings in the UNESCO World Heritage list it’s about time to learn more about the man that left and imprint on Brussels. What better way to get to know Horta and Art Nouveau than to visit his home?

Horta did not plan to be an architect, as his first passion was music. However, after being kicked out of the Ghent Conservatory for bad behavior, he enrolled at the Royal Academy of Fine Arts in Ghent, where he joined the Department of Architecture. He was introduced to Art Nouveau, or Jugendstil, through exhibitions. Greatly inspired, he incorporated the art style into a house he was commissioned to design. The result was Hôtel Tassel, a breathtakingly new kind of house in Brussels. The use of natural light and the open floor plans were fairly new at the time, as was his use of glass and iron in ‘botanical’ forms. 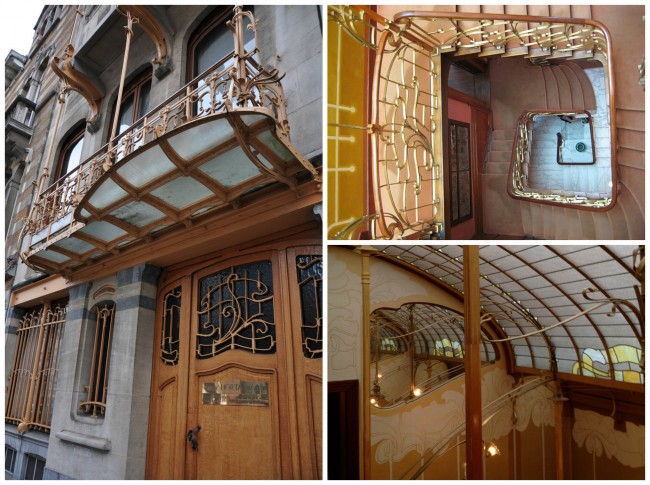 Horta built several other houses in variations of Art Nouveau that are great examples of his work: Hôtel Solvay, Hôtel van Eetvelde, Magasins Waucquez (the comic book museum), and the Palais des Beaux-Arts (Bozar). His participation in several other projects, including La Maison du Peuple, which was unfortunately demolished in 1965, were also notable. Horta designed the Brussels Central station, but was never able to finish it. The project was delayed due to the World Wars and the Great Depression. The pinnacle of his work is without a doubt La Maison & Atelier Horta, his own house.

The house opened as a museum in 1969, 22 years after Victor’s death. La Maison & Atelier Horta is Art Nouveau down to the smallest details – even the door hinges are gorgeously designed. It makes the museum an interesting mixture between architecture, history and art.