The History Of Le Botanique, Brussels, In 1 Minute 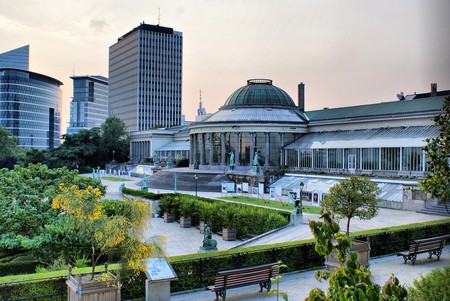 Perhaps the most unique of all of Brussels’ music venues, Le Botanique (or ‘the herb garden’) is housed inside the former greenhouses of the national botanical gardens. The official cultural center of the French community mainly uses its fancy digs to host various concerts but is no stranger to the graphic arts either.

Now an oasis of music and nature easily accessible to all who wish to join in on the fun, Le Botanique and its well-kept garden weren’t originally open to the public. Rather, the magnificent glass and iron construction was built between 1826 and 1829 to protect the exotic plant collection of the members of the Society of Horticulture, a small royal elite. The bourgeois fun came to an abrupt end, however, when criticism of snobbery rose and the government refused any further endorsement of the grounds if the organization continued to be an exclusive organization. 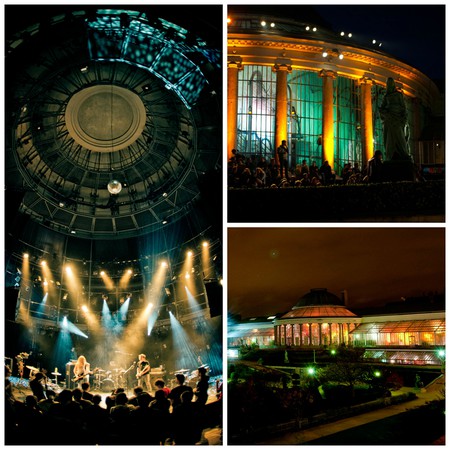 Threatened with losing its financial lifeline in the 60s, the society turned its garden into a florist (selling plants by the thousands) and an event venue for local, well-to-do families. This was also when the first concerts took place. It wasn’t enough to pay the bills, though, and in 1970, the Belgian government took over the property and christened it the National Botanic Garden. It meant the dawn of a Golden Age for Belgian botany, with the chicory (or witloof) being invented right at this very spot.

After the National Garden made the move out of the capital and took its rare greenery with it, the spot was left without a governing hand for over four decades. In 1984, it was eventually turned into Le Botanique, a cultural center with an eclectic, cutting-edge musical flavor and three concert halls in the neoclassical style to program to its heart’s content. The grand Orangerie, circular and intimate Rotondo, and vault Witloof Bar can hold up to a little over 1,000 visitors altogether. The popularity of festivals such as Les Nuits Botaniques has prompted the organization to expand, and it has recently forged a welcome collaboration with the Cirque Royal, the red velvet venue capable of seating 2,000.

Surrounded by gleaming high-rises and owner of the most attractive lawns in the commune of Saint-Josse-Ten-Noode, Le Botanique is an urban haven for music and nature lovers alike.