The History Of La Bois De La Cambre In 1 Minute 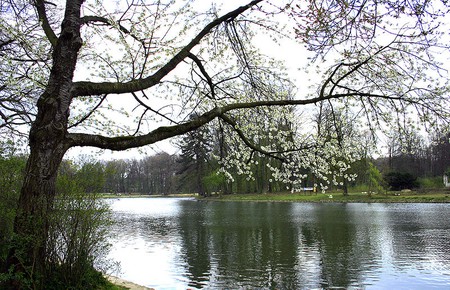 Just on the western outskirts of central Brussels lies one of the city’s essential green areas. The Bois de la Cambre – a combination of both forest and park – has been designed especially to give the Brusseleirs that sense of nature and peace even the most urban of city slickers needs every once in a while.

With a little imagination, the pond in the middle of the 1,24 square km Bois de la Cambre is shaped like a lopsided heart, quite befitting of the vital role the city’s inhabitants give to the area. German-Belgian landscape architect Édouard Keilig (also known for the royal Park of Laken) opted for an English style with an unconstructed feel. The seeming randomness with which the many hedges and winding paths were laid out in 1961 gives the urban visitor a much needed feel for nature doing its thing. 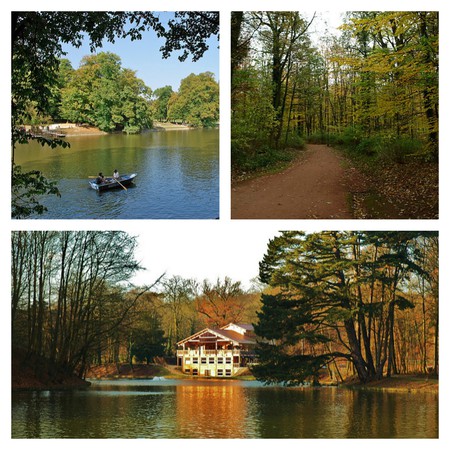 Blue dinghies on the lake | © Stephane Mignon/Flickr; The wooded area of the Bois de la Cambre | Aktron/Wikimedia Commons; a view of the Robinson chalet during Fall | © Isamiga76/Flickr

Aside from many family activities organized by the city, you’ll find Brusseleirs enjoying their leisure time by walking, biking or horse riding their way around the area and its woods at any given point. More adamant exercisers might even venture through the Bois de la Cambre and into its neighboring big brother, the sprawling Sonian Forest. Sportsmanship runs through the park’s vein, as English soldiers played a round of cricket on the eve of the Battle of Waterloo. The historic event is remembered by a plaque on the exact spot of their match, now known as La Pelouse des Anglais, or The Englishmen’s Lawn.

Anglophiles have even more to cheer about once they hear that the island bobbing in the middle of the crooked aquatic heart goes by the name of Daniel Defoe’s literary hero. An electronic ferry will transfer you to Robinson Island for a bite at the Robinson Chalet for a euro out of your pocket, lest you want to keep it authentic and make your way over in one of the charming wooden dinghies.