The History Of Brussels City Hall In 1 Minute 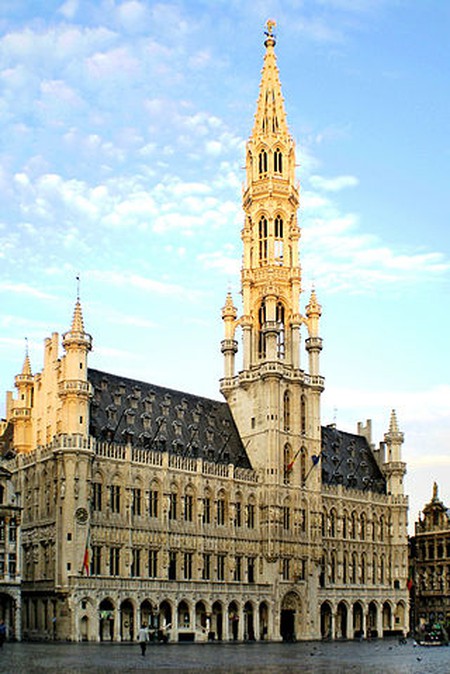 With some of its parts dating back to early medieval times, Brussels’ City Hall is one of the oldest in all of Belgium. Designed to radiate power and grandeur with its stately tower and rows of statues, it is certainly one of the finest as well. Inside, tapestries and works of art obtained by the city tell the tale of a nation’s history.

From atop his 96-meter-high tower, the Archangel Michael arguably has the best view of Brussels imaginable. Below the sculpture, an impressive gothic-style building draws attention away from all of the other historic houses on the Grand Place. And yet, the mayor’s seat has been through an unquestionably rocky past. 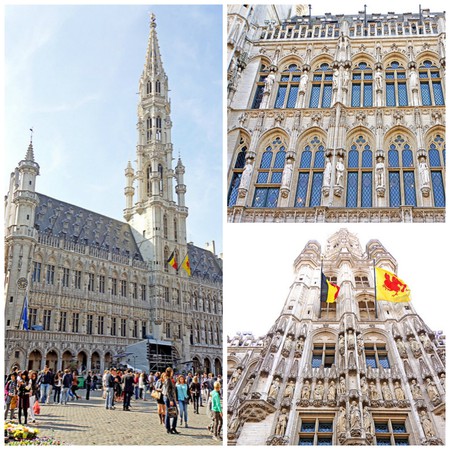 After the building’s foundation stone was laid in the spring of 1402, expansions were made throughout the 13th Century and the statues on its façade were made in a folksy style. French bombs launched by Marshal de Villeroy’s troops put an end to the original city hall at the end of the 17th Century however. Fire ate away at the building until the tower and walls were the only things left standing.

Architect Cornelis van Nerven managed to add three new wings to the construction upon the immediate restoration, yet it wasn’t until more than a decade after Belgium’s independence (1831) that the gothic marvel would get the royal look it sports now. Luxury became a key word in the renovation led by architect of the Court, Tieleman Franciscus Suys and finished by architect of the City, Victor Jamaer. As the city hall was sculpted into even more of a symbol of wealth and national identity, additional statues depicting important figures in the history of the newly-born country were added to the façade.

Inside, the surroundings are no less ravishing. Styles from different periods are mixed together thanks to the retention of the sumptuous Louis XIV rooms, while the wedding room and the Gothic room are – clearly – purely neo-gothic. Precious paintings and old Brussels tapestries adorn the aldermen’s offices, giving you an idea of what the region’s art was all about in the 17th and 18th Centuries.

📅 Guided tours in English are possible on Wednesday at 2pm and Sunday on 11am, 3pm and 4pm