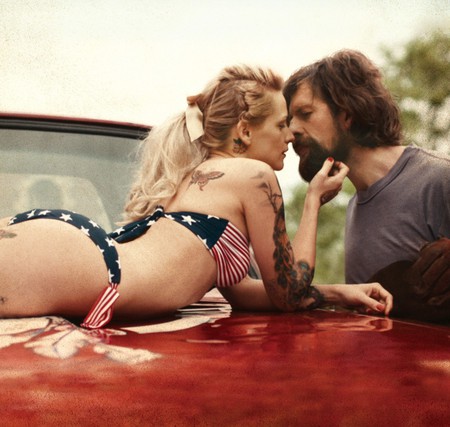 Ghent-born filmmaker Felix van Groeningen has directed five features that have left their mark on recent Belgian cinema. With one critically acclaimed success building upon another, van Groeningen now finds himself at the top of the country’s film scene at a relatively young age.

Van Groeningen made his feature debut with Steve + Sky (2004), the story of a romance between a drug dealer and a prostitute. It remains his most divisive work: what some critics championed as the kind of visually poetic film seldom seen in Belgium, others dismissed as a clichéd attempt at art house cinema lacking in character depth and plot development.

Van Groeningen’s next film, the 2007 Dagen zonder lief (With Friends Like These), hushed those initial naysayers. The story of a struggling group of twentysomethings whose lives get thrown into limbo when their friend Black Haired Kelly returns from New York made a lasting impression, as van Groeningen captured the melancholy state of the quarter-life crisis before it was fashionable to do so.

For this second feature, the director dialed down the experimental touches of his rock and roll debut. With Friends Like These shirks all pretense and follows a straight shooting script – without losing its punch. To even further the accessibility, van Groeningen has his actors talk like the average Flemish person on the street, as opposed to the dreadfully stylized “General Dutch” prevalent on screen dialogue at the time.

The modified approach fits the director like a glove. Next came De helaasheid der dingen (The Unfortunates), a 2009 adaptation of Dimitri Verhulst’s bestselling novel of the same name. Thirteen-year old Gunther is raised by a family of drunken misfits speaking in a heavy east-Flemish dialect; subtitles are required, even for native Flemings. With role models like his alcoholic father and three equally red-nosed uncles, the boy’s ambitions of becoming a writer look more like a pipedream than anything else.

Van Groeningen depicts these schlubs stuck in the margins of society with an alternately comedic and tragic hand. We laugh at the naked drunken bike rides (an immortal image of Belgian cinema by now), look down on the pathetic father figure unable to encourage his son’s aspirations, yet sympathize with his troubles all the same. The Unfortunates won the Prix Art et Essai at the Directors’ Fortnight in Cannes, signaling even more international attention to come.

Everyday people struck down by the hardships of life are again at the center of van Groeningen’s biggest film to date: The Broken Circle Breakdown (2012). Nominated for the Academy Award for Best Foreign Language Film, the gut-wrenching tale of the grief of Elise and Didier, a bohemian couple that loses their daughter to cancer, was met with international praise and box office success. Van Groeningen’s unique way of emanating both the miseries and beauty of real life through the screen incites awe.

The use and choice of music, mainly performed by the actors themselves, had a big part in the film’s impact and that lesson seems to have stayed with van Groeningen. His latest film, Belgica (2016), which features hedonistic tunes by the Belgian electronic band Soulwax, was well-received at Sundance.